Lily and Wendy have been best friends since they became stepsisters. But with their feuding parents planning to spend the summer apart, what will become of their family—and their friendship?

Little do they know that a mysterious boy has been watching them from the oak tree outside their window. A boy who intends to take them away from home for good, to an island of wild animals, Merfolk, Fairies, and kidnapped children.

A boy who calls himself Peter Pan.

Read an excerpt of SISTERS OF THE NEVERSEA from Heartdrum/HarperCollins.

Published in partnership with We Need Diverse Books.

Order SISTERS OF THE NEVERSEA by Cynthia Leitich Smith. 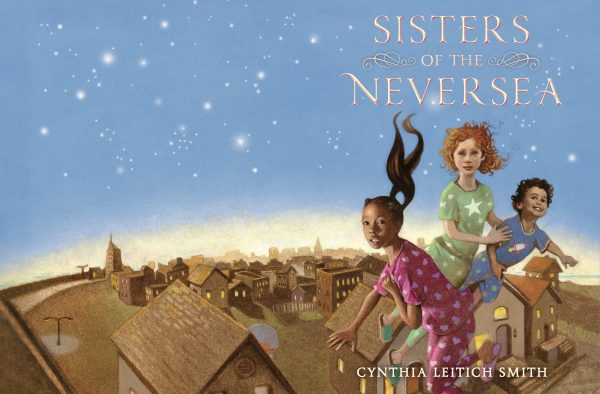 Cover Reveal for SISTERS OF THE NEVERSEA by Cynthia Leitich Smith from We Need Diverse Books. PEEK:

“Suggesting Floyd Cooper for the cover artist was a pie-in-the-sky, dream-huge kind of ask. My beloved editor cautioned me that the legendary illustrator was quite busy but agreed to try. Imagine my delight when he embraced the project and so brilliantly brought the characters to life.

“Floyd’s engaging and thoughtful rendering of Lily, Wendy, Michael and their world became a collaborative springboard and inspired me to revisit details of the text to reflect better his vision—and gratefully so.”

★ “Smith has brilliantly reshaped the Pan story with a modern, inclusive sensibility. The usual elements are there—Merfolk, Fairies, pirates, lost boys—but all reimagined for the better, especially the Native characters.” —Booklist, starred review

★ “The poignant dislocation of the Lost and the fierce familial love of the stepsisters illustrate the importance of remembering where you come from and to whom you belong. A refreshing adventure that breathes new life into a classic text.” —Kirkus Reviews, starred review

★ “A sharp, contemporary retelling of a classic that puts the focus on the Indigenous kids….” —Publishers Weekly, starred review

★ “In this incisive, thrilling modern version of Peter Pan, two stepsisters, one Muscogee Creek and the other white, discover Neverland is not as advertised. Socially conscious readers may most appreciate Smith’s supportive portrayal of blended families and Native youth, but any reader looking for a brilliant, suspenseful fantasy adventure should also find SISTERS OF THE NEVERSEA thrilling and tremendously fun.” —Shelf Awareness, starred review

“[Katie Anvil] Rich’s warm tones and fervent pacing bring out the heart and intensity in this stunning adventure.” —AudioFile

“…the novel offers redemption not just for Peter but for many of Neverland’s other characters as well. With expertly shifting perspectives, an oft-broken fourth wall and subtle but firm remedies to elements of the story best left in the past, SISTERS OF THE NEVERSEA is a welcome new addition to the legend of Peter Pan.” —BookPage

“This smart and engaging middle-grade novel intertwines bits of Barrie’s language, some strong and resourceful Indigenous kids, and themes of the importance of family and the powerful bonds of sisterhood into an original and wholly satisfying bit of magic.” —The Horn Book Magazine

“Highly recommended….We hope you’ll get a copy ASAP, read it, and tell others to read it, too. When you’re at your local library, ask for it! If they don’t have it yet, ask them to order it.” —American Indians in Children’s Literature

“Youngsters familiar with the classic from its print, play or movie versions will be fascinated to see how Smith revisits and upends Neverland in this new, thought-provoking adventure.” —Mary Quattlebaum, Washington Parent from The Washington Post

“He [Peter Pan] lures Wendy and Michael to Neverland, leaving Lily to attempt a rescue on an island full of hungry crocodiles, a queendom of fairies, angry merfolk and wily pirates. “Like any other kind of magic, stories can offer harm and hope,” Leitich Smith writes. Here, she offers pushback and a path forward.” —Trisha Collopy, Star Tribune

“The colorful backdrop of Neverland is skillfully done, the violet sand of the beach, the maze of underground tunnels, Belle’s Fairy quarters with her Tiddlywink chandelier, the Merfolk with their distrust of humans. There is plenty of swashbuckling action as the girls enlist the Lost and the Natives to outwit Peter Pan and fight to return home.” —Jean Westmoore, The Buffalo News

“With a refreshing Native perspective, a healthy dollop of fairy dust, and a strong dose of sisterhood, Smith brilliantly flips the script on the classic Pan tale and imagines what it would really be like to land on an island ruled by a stubbornly frozen-in-time boy.”  —Meghan G., Staff Pick, BookPeple of Austin, Texas

“We highly recommend SISTERS OF THE NEVERSEA and hope it becomes part of school curriculum and home libraries for as long as the source material has been around! Shonabish!” —Alexis and Charlie, Indigo’s Bookshelf: Voices of Native Youth

“I’m fascinated by the conversation of books over time, especially new stories that talk back to those that are widely considered classics.

“SISTERS OF THE NEVERSEA is one of those books, offering a modern take on J.M. Barrie’s PETER AND WENDY, one that’s centered on its girl characters and told from a decidedly Indigenous point of view. It unpacks the toll of problematic books on children while reinventing Neverland to showcase an exciting, heartfelt story of family, community, hope and Fairy dust.”

On Lines: SISTERS OF THE NEVERSEA from On Lines: Connecting Story and Song, One Line at a Time. PEEK: “I chose to forewarn young readers to brace themselves for high stakes and page-turning peril, but at the same time reassure them that the narrative voice would guide them safely through it.”

Guest Interview: Kathi Appelt & Cynthia Leitich Smith on Rebirth in the Neversea from Cynsations. PEEK: “They’re together on the same journey—Lily and Wendy. They’re mirror characters who grow to recognize and appreciate their shared qualities over time. Ideally, we all mature to face reality without surrendering our sense of wonder.”

Process Notes: SISTERS OF THE NEVERSEA by Cynthia Leitich Smith from Uma Krishnaswami at Writing with a Broken Tusk. PEEK: “…like the body of children’s literature, Peter Pan is now tasked with redeeming himself, with opening his mind, with recognizing that all the world isn’t his alone for the taking. By welcoming characters like Lily and her little brother Michael into his heart, by welcoming blended and bicultural families like the Roberts-Darlings into his Home Under the Ground, Peter will finally—with effort—be able to grow into all he was meant to be.”

Q&A With Cynthia Leitich Smith from Book Q&As with Deborah Kalb. PEEK: “My hope is that my retelling captures all the magic and wonder of the original while also inviting in and respectfully validating a wider range of young readers.”

In Their Own Words: What Cynthia Leitich Smith and Brian Young Want You to Know by Kara Stewart from School Library Journal. PEEK: “SISTERS OF THE NEVERSEA shows readers that blended and found families are real families, that the love and respect within them can empower and challenge us in ways that make us more thoughtful, empathetic human beings.”

Born and raised in Tulsa, Oklahoma, he received a degree in fine arts from the University of Oklahoma and, after graduating, worked as an artist for a major greeting card company. He lived in Easton, Pennsylvania, with his wife.

He gave the world of children’s literature so, so much, and we are forever grateful. 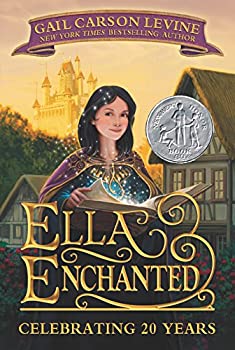 At her birth, Ella of Frell receives a foolish fairy’s gift—the “gift” of obedience. Ella must obey any order, whether it’s to hop on one foot for a day and a half, or to chop off her own head! But strong-willed Ella does not accept her fate…

Against a bold backdrop of princes, ogres, giants, wicked stepsisters, and fairy godmothers, Ella goes on a quest to break the curse forever.

A tween favorite for 20 years—now shared with today’s young readers by moms, teachers, and other adults who remember the pleasure of discovering this fun fairy-tale retelling themselves! 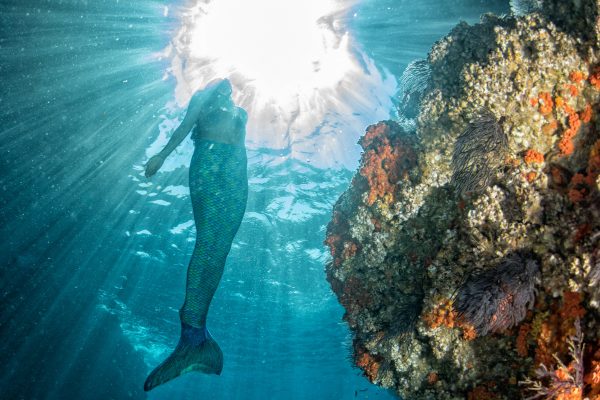 Ten Magical Middle Grades by Isabelle Popp from Book Riot. PEEK: “Instead of having the story revolve around a boy who refuses to grow up (we’ve seen how that plays out in real life!), this story centers Native American Lily and English Wendy, best friends and stepsisters.”

Books to Expand Your Child’s Reading World by Laura Simeon from Kirkus Reviews. PEEK: “The magical framework of the original becomes the foundation for a contemporary story about love in a blended family, the diversity and inclusivity of Indigenous heritage, respect for the environment, and girl power.”

58 Great Books To Read This Summer, Recommended By Our Favorite Indie Booksellers from Buzzfeed News. PEEK: “I love retellings of classic stories, and this is one of the most unique I’ve read yet!”

YA and MG Book Trends For Summer: Sequels, Superheroes And Sweethearts by Toni Fitzgerald from Forbes. PEEK: “Middle grade novels often focus on magic, and in Cynthia Leitich Smith’s SISTERS OF THE NEVERSEA, a retelling of Peter Pan, merpeople and fairies play a role in the big conflict.”

2021 Peter Pan Retellings compiled by Gilcy Aquino from Publishers Weekly. PEEK: “These twists and more will have you rethinking what you thought you knew about the classic tale.”

Children’s Books That Contextualize, Challenge or Correct Classic Kid Lit by Sarah Hannah Gómez from Book Riot. PEEK: ” For me, and I imagine for other professionals who work with children, particularly developmental specialists, the thing I find most compelling and well done is the way the entire thing is just a metaphor for games of make believe, not a sentimental ‘childhood innocence’ thing.”

June 2021 Reads for the Rest of Us by Karla Strand from Ms. Magazine. “With Smith as the author-curator of Heartdrum, books such as this reimagining of Peter Pan from a Native American girl’s perspective, will be rightfully centered.”

SISTERS OF THE NEVERSEA by Cynthia Leitich Smith from Susan The Librarian. PEEK: “…all of Smith’s characters are complex and well-rounded–a much needed revision of Barrie’s original.”

SISTERS OF THE NEVERSEA and Other Works by Cynthia Leitich Smith from Karen McCoy. PEEK: “…the fact that J.M. Barrie elected to include Native people in his classic fantasy raised several questions for my inner child. How did they get to Neverland? Why were they behaving so strangely?”

65 Middle Grade Books That Celebrate the Bonds of Sisterhood by Jen from Pop! Goes the Reader. 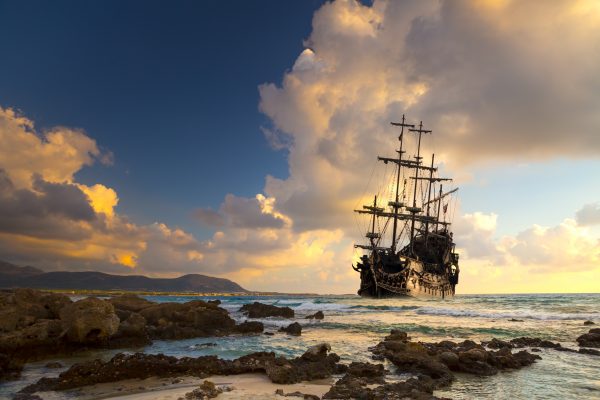 SISTERS OF THE NEVERSEA Book Talk & Excerpt from Anastasia Suen.

So Your Favorite Children’s Books Didn’t Age Well. Here’s What You Can Do About It. By Kate Auletta from HuffPost. Peek: “If you’re looking for alternatives to classics, here’s a list of retellings provided by Nicole Johnson, the executive director of We Need Diverse Books….“

Diversifying Your Classroom Books Collection? Avoid These 7 Pitfalls from Kara Newhouse from KQED. PEEK: “…seven pitfalls to avoid when deciding what to leave in and out, accompanied by more than 50 title recommendations based on conversations in this piece to help kickstart the journey.”