Aunt Georgia tells The Flash that “mostly, I just think these kids need one another.” Rain mentions that Aunt Georgia doesn’t elaborate. What do you think Aunt Georgia meant by that?

Later, Aunt Georgia says it’s not her place to tell The Flash any more about the rice harvest. Why is this the case?

Dad is pleased that Rain is reporting on, rather than participating in Indian Camp. He tells her, “A person shouldn’t let her heritage hold her back.” Are there any other hints in the novel that Dad has distanced himself from his own Native heritage or sees it as sometimes a negative? Why do you think he might feel this way?

Are there historical and contemporary forces that make some Native people struggle with their self-image? If so, what are they?

Why might Dad be particularly vulnerable to them? How does his attitude affect Rain and Fynn?

Do you think the impact is greater or lesser because Mama is no longer alive? Why? 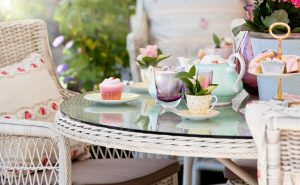 Rain is shocked to see Natalie’s appearance upon returning from tea with her mother. What does this transformation say about Natalie at this point in the story?

Was there a transformation for another character earlier in the book? If so, how are these linked?

Mainstream U.S. (and to a lesser extent European) novelists tend to write children’s and young adult novels in a very linear way “as if an arrow were shooting through the manuscript.” They tend to be about the triumph of individuals. Depicted families tend to be smaller. Community is not reflected in most stories.

In contrast, Native novelists tend to be less linear, more circular (though this can be overstated), and offer more stories of extended families and communities. Why? In especially the U.S., society is in large part based on individual rights and responsibilities. In contrast, Native cultures tend to favor community rights and responsibilities. The differing novel styles are an extension of the cultural value systems that inform them.