Welcome! This bibliography is compiled in hopes of improving education related to Native peoples and Nations. Please scroll for an extensive list of resources.

Finding Friends (And Ourselves) In Books by Cynthia Leitich Smith from Harper Stacks. Peek: “Native fiction…educates young readers, albeit at a slant, and often without them realizing that they are learning per se. Any authentic Native book will shift the knowledge base and mindset of its readers for the better.”

“Readers Are Realizing Their Hunger For Our Stories:” Native Literature for Kids and Teens by Kelly Jensen from Book Riot. An engaging, extensive overview of the state of Native children’s-YA books.

Home & Classroom Teaching: Native American Children’s-Teens’ Books & Educational Resources compiled by Cynthia Leitich Smith (Muscogee Creek) from Cynsations. PEEK: “With tremendous appreciation of all the teachers and child-caregivers who’re navigating this difficult time of social isolating, I have assembled a list of Native children’s and young adult (teen) books along with supplemental educational and/or entertaining resources.”

HarperCollins Children’s Books Launches Heartdrum, A New Native-Focused Imprint from Cynsations. PEEK: “Launching in Winter 2021, Heartdrum will offer a wide range of innovative, unexpected, and heartfelt stories by Native creators, informed and inspired by lived experience, with an emphasis on the present and future of Indian Country and on the strength of young Native heroes.”

Heartdrum Brochure: “…centers contemporary Native and First Nation stories to uplift voices of authors and illustrators from a variety of tribes and nations across North America. Books will be published in a range of formats and genres: picture books, chapter books, middle grade and teen fiction, graphic novels for all ages, and nonfiction. In partnership with We Need Diverse Books, HarperCollins will make a yearly contribution to the Native fund from We Need Diverse Books. This brochure offers information on the imprint and its foundation as well as a sneak peek of two of the books on the launch list in Winter 2021.”

Interview: Lee Francis IV on Native Publishing, Bookstores & Indigenous Comic Con by Traci Sorell (Cherokee) from Cynsations. PEEK: “There are great children’s books and some young adult and then a whole bunch of adult lit but not anything that would help bridge the gap for those readers who might need more graphics. We also wanted, and still want, to work in changing the perceptions and representations of Native people by presenting stories of Native people as superheroes and unlocking the Indigenous imagination….”

Let’s Indigenize Our Bookshelves and Fully Welcome Native Kids as Readers by Cynthia Leitich Smith (Muscogee Creek) from Nerdy Book Club. PEEK: “I understood from a very young age that the Native part of myself didn’t seem to belong in the world of readers. (Did we send that message to all Native kids? Do we still? At what cost to them and to their non-Indian friends…).”

Letter to an Emerging Indigenous Writer by Daniel Heath Justice (Cherokee) from Lit Hub. PEEK: “You’re part of a lineage, a tradition, a rich, vexed, complicated, troubled, and beautiful history of literary achievement. That can be a deep wellspring from which to draw strength. Please don’t accept the idea, even from our own, that Indigenous writing is a contradiction in terms, that our writing is only a colonial construct. Our peoples have been communicating knowledge in various media and forms since time immemorial…”

Native Knowledge 360° from the Smithsonian National Museum of the American Indian. PEEK: “…provides educational materials and teacher training that incorporate Native narratives, more comprehensive histories, and accurate information to enlighten and inform teaching and learning about Native America. NK360° challenges common assumptions about Native peoples—their cultures, their roles in United States and world history, and their contributions to the arts, sciences, and literature. NK360° offers a view that includes not only the past but also the richness and vibrancy of Native peoples and cultures today.”

Native Voices: Sharing Stories and Talking Back from We Need Diverse Books. PEEK: “I’m hopeful—in part because of voices like those I’m welcoming to this circle today, in part because I’ve seen Native and non-Indian children embrace contemporary Native characters and historical ones who’re depicted as three-dimensional human beings.” SEE ALSO Part 2.

Selective Bibliography and Guide for “I” is not for Indian: The Portrayal of Native Americans in Books for Young People: compiled by Naomi Caldwell-Wood (Ramapough Lenape Nation) and Lisa A. Mitten (Mohawk); published in conjunction with a program of the ALA/OLOS Subcommittee for Library Services to American Indian People/American Indian Library Association in 1991.

Teaching Respect for Native Peoples, shared with permission of Oyate. SEE ALSO: THE PEOPLE SHALL CONTINUE by Simon J. Ortiz (Acoma Pueblo), illustrated by Sharol Graves (Absentee Shawnee) (Lee & Low, 2017) “Told in the rhythms of traditional oral narrative, this powerful telling of the history of the Native/Indigenous peoples of North America… despite struggles against greed, destruction of their lands, and oppression, The People persisted.””

American Indian Library Association: an affiliate of the American Library Association. PEEK: “a membership action group that addresses the library-related needs of American Indians and Alaska Natives. Members are individuals and institutions interested in the development of programs to improve Indian library, cultural, and informational services in school, public, and research libraries on reservations. AILA is also committed to disseminating information about Indian cultures, languages, values, and information needs to the library community.”

Avoiding Mistakes in the Classroom by Art Hughes from Native American Calling. PEEK: “Educational units on Native Americans continue to evolve, but there remain relics that resort to construction paper headdresses. We’ll talk with Native educators about how teachers can utilize more inclusive and accurate lessons.”

Native Knowledge 360° from the Smithsonian National Museum of the American Indian. PEEK: “NK360° provides educational materials and teacher training that incorporate Native narratives, more comprehensive histories, and accurate information to enlighten and inform teaching and learning about Native America. NK360° challenges common assumptions about Native peoples—their cultures, their roles in United States and world history, and their contributions to the arts, sciences, and literature. NK360° offers a view that includes not only the past but also the richness and vibrancy of Native peoples and cultures today.”

An Ojibwe Education by the Blue Earth Banks from Dawn Quigley (Ojibwe). PEEK: “If all students…have a deep respect and joy for Native-authored texts, then no future young Indian girl, like myself, will have to recede away from her identity by being ridiculed for loving a book which reflects herself….”

American Indian Youth Literature Award from the American Indian Library Association. PEEK: “presented every two years. The awards were established as a way to identify and honor the very best writing and illustrations by and about American Indians. Books selected to receive the award will present American Indians in the fullness of their humanity in the present and past contexts.” CYN NOTE: AILA Award Criteria.

How Native Writers Talk Story: Honoring Authentic Voices in Books for Young People by Cynthia Leitich Smith (Muscogee Creek) and Traci Sorell (Cherokee) from School Library Journal. PEEK: “Joyfully, the community of Native and First Nations writers creating books for children and teens keeps growing. With each publication season, an ever-expanding body of Indigenous youth literature is available. Meanwhile, as more Native writers make inroads into publishing for children and teens, it is imperative that non-Native adult readers work to see the heart of these stories—and recognize and set aside their internalized misconceptions about Native life, people, and nations.”

Resources and Kid Lit About American Indians from School Library Journal. PEEK: “At a conference held at the University of Wisconsin’s Cooperative Children’s Book Center in the early 1990s, James Ransome was asked why he had not illustrated any books with American Indian characters. His response, in short, was something to the effect of, ‘I haven’t held their babies.’” 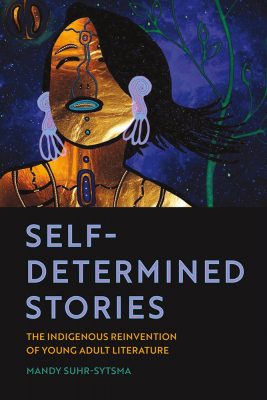 SELF-DETERMINED STORIES: THE INDIGENOUS REINVENTION OF YOUNG ADULT LITERATURE by Mandy Suhr-Sytsma (Michigan State University Press, 2018). PEEK: “…reads Indigenous-authored YA—from school stories to speculative fiction— not only as a vital challenge to stereotypes but also as a rich intellectual resource for theorizing Indigenous sovereignty in the contemporary era.”

We Are Still Here? An Interview with Dr. Debbie Reese (Nambé Pueblo) from NCTE. PEEK: “I wish that teachers would do all they could to push against that monolithic ‘primitive’ and ‘uncivilized’ depiction that is so pervasive and damaging to our youth, but all youth, too, who play and learn alongside our children.”

American Indian Newspapers and Magazines: list of links to tribal newspapers, Indian Country Today, and the Native American Journalist’s Association from The Seminole Tribe of Florida.

National Indian Education Association: “Since NIEA was founded in 1969, Native educators and advocates have fought to ensure Native students receive an equitable and quality education that is afforded to many of their peers.”

Oyate: evaluates educational resources and fiction by and about Native people, leads workshops for teachers, and distributes excellent examples of such materials, making an effort to highlight Native authors and illustrators. 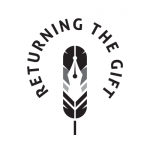 Returning The Gift: “Founded in 1992, Returning the Gift Literary Festival (RTG) is a conference created by Indigenous writers specifically for Indigenous creatives after years of under-representation and isolation at other industry events. Since then, RTG conferences have been held all over the United States and Canada, included Indigenous artists and authors from all over the world, and honored the work of many amazing Indigenous creators.”

Wordcraft Circle of Native Writers and Storytellers: “to ensure the voices of Native and indigenous writers and storytellers — past, present, and future — are heard throughout the world.”

A KID’S GUIDE TO NATIVE AMERICAN HISTORY: MORE THAN 50 ACTIVITIES by Yvonne Wakim Dennis (Cherokee) and Arlene Hirschfelder (Chicago Review Press, 2009). From the promotional copy: “Hands-on activities, games, and crafts introduce children to the diversity of Native American cultures and teach them about the people, experiences, and events that have helped shape America, past and present.”

NATIVE AMERICA IN THE TWENTIETH CENTURY: AN ENCYCLOPEDIA edited by Mary B. Davis with assistant editors Joan Berman, Mary E. Graham, and Lisa A. Mitten (Mohawk)(Garland, 1994). A vast collection of articles, forty percent of which are by Native people, address a variety of topics such as BIA schools, art, health, individual Native Nations, supplemented by bibliographies, maps, and photographs.

NATIVE AMERICANS TODAY: RESOURCES AND ACTIVITIES FOR EDUCATORS GRADES 4-8 by Arlene Hirschfelder and Yvonne Beamer (Cherokee)(Libraries Unlimited, 2000). Wakim has worked in Indian education and community services for more than 25 years. Hirschfelder has written numerous non-fiction books on Native people and has worked for the Association on American Indian Affairs for more than 20 years.

RED ON RED: NATIVE AMERICAN LITERARY SEPARATISM by Craig S. Wormack (Muscogee Creek-Cherokee)(University of Minnesota Press, 1999). A fascinating examination of the way in which Native literature should be evaluated—on its own terms with the understanding that it is not a branch on the tree of mainstream literature but rather a tree unto itself (to paraphrase the author). Unfortunately, there wasn’t space for the author to consider Native children’s literature, which has its own (younger) primary audience and criteria, but we recommend the title with that caveat.

THE PEOPLE SHALL CONTINUE by Simon J. Ortiz (Acoma Pueblo), illustrated by Sharol Graves (Absentee Shawnee) (Lee & Low, 2017) “Told in the rhythms of traditional oral narrative, this powerful telling of the history of the Native/Indigenous peoples of North America recounts their story from Creation to the invasion and usurpation of Native lands…despite struggles against greed, destruction of their lands, and oppression, The People persisted.”