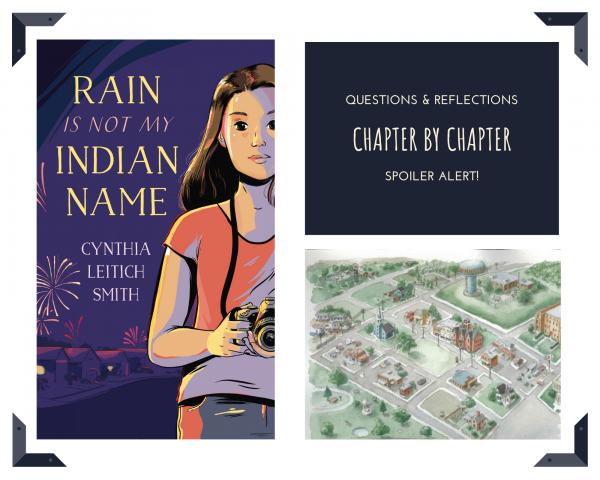 FROM MY JOURNAL: On New Year’s Eve, I stood waiting my turn in the express aisle of Hein’s Grocery Barn, flipping through the December issue of Teen Lifestyles.

The magazine reported: “76% of teenagers who responded to our Heating Up Your Holidays survey indicated that they had French kissed someone.“

The next day was my fourteenth birthday, and I’d never kissed anyone—domestic style or French. Right then, looking at that magazine, I decided to get myself a teen life.

Tradition was on my side. Among excuses for kisses, midnight on New Year’s Eve outweighs mistletoe all Christmas season long. Kissing Galen would mark my new year, my birthday, my new beginning.

Or I’d chicken out and drown in a pit of humiliation, insecurity, and despair. Cassidy Rain Berghoff, Rest In Peace.

One of the hardest things for any writer to decide is how to begin her story. In earlier drafts of Tasty Freckles, the focus begins with the local gossip about what happened on the night Rain and Galen went to the playground.

In those drafts, the novel began, “People talk. They watch, they listen, and they talk some more. What I have to say tonight is private. With some of these secrets, I can’t trust anyone else.”

In the final draft, which became the novel, Rain’s narration begins and ends with the subject of kissing Galen.

What scene would you have started with?

Because so many images of Native people in books are historical, I wove a few pop culture tie-ins—mostly related to science fiction—into Rain’s narrative to give the book a fairly contemporary feeling.

Likewise, I refer to the Bat Out Of Hell albums by the band Meatloaf, a favorite of Rain’s brother Fynn, as “vintage.” So, from the first time the reader sees the reference, she knows that this is not meant as a time marker to indicate when the story is set but rather a “historic” reference.

In this way, there is a general 21st century feel to the story. I struggled with this question somewhat because there are adults who believe that in books for teens, any political, arts, technology, etc., references in literature should be historical.

However, this would mean ultimately that I couldn’t tell a story about Native characters today that was related to any of those forces. Without them, I would be showing only a sliver of the richness and complexity of contemporary life.

Do you think that making Rain a sci fi fan was an effective way for me to weave in pop culture Tie-ins without dating the book too quickly? Why or why not?

Also, do you believe that dating the book matters? Does it bother you to read a book written for a contemporary audience that has a few tie-ins that seem a few years old? Or do you just assume that the story is a near history and go ahead with reading the story? Why or why not?

In the next chapter, Broken Star, Rain is devastated to learn from Grampa Berghoff that Galen died in an accident involving a volunteer fire truck. This plot development meant that I had only one chapter while Galen is still alive in which to introduce his and Rain’s relationship.

(1) The story begins with a key transition as Rain and Galen may be about to move from their best friendship to admitting a romantic attraction. What is the effect of beginning the story at a key moment between them?

(2) As Rain gets up her nerve for the kiss, she remembers how she and Galen became friends and how their relationship grew over time. This is called “backstory.” Did integrating the backstory (or history) of Rain and Galen’s relationship help you get to know the characters more? What did you learn about them? Why was this information important?

(3) Also the scene centers in on the moment when Galen, who’s always given Rain odd presents in the past, offers her the birthday necklace. What does it show when he gives her the necklace? Why is this important?

Foreshadowing is a literary technique writers use to hint at something that will happen later in the story. Can you find any examples of foreshadowing in Tasty Freckles? Please explain how this evolves over the course of the novel.

Rain and Galen run past a Phillips 66 Carwash on their way to the playground at N.R. Burnham Elementary. I worked at a Phillips 66 Carwash in Overland Park, Kansas during the summers of 1986 and 1987. My job involved not pumping but selling gasoline and motor oil along with soda pop, cigarettes, and chewing tobacco. I enjoyed the job. It was air conditioned. It helped me pay my college expenses and the people I worked with were really nice.

Like Rain and Galen, I was a holiday baby. I was born on December 31 in the middle of one of the worst snow storms in Kansas City history. My mother jokes that she missed four parties that night (my mother isn’t much one for parties), and my father joked that I was his “little tax deduction” because I’d been born just in time for him to deduct me as a dependent.