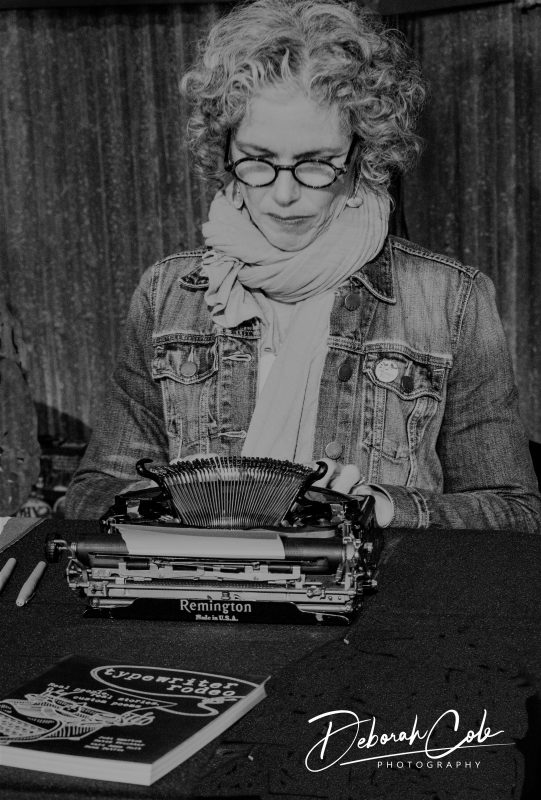 Liz Garton Scanlon is a successful children’s author with a long, distinguished career.

Hmm, bumps. I guess I think of them more like waves than bumps, because they’re an inevitable and natural part of the landscape, and they don’t have to leave you feeling battered. You can ride them if you’re willing to take a deep breath and let go of your need to stay close to shore.

It’s helped that my career as a children’s author has paralleled my parenting life – another experience that’s been in many ways out of my control, full of surprises, and capable of delivering nearly unimaginable joys and heartbreaks in rapid succession.

As I learned how to sink into parenting, how to truly love the crazy, creative, collaborative journey of helping my children grow up into themselves, I translated many of the lessons into my writing life, and I’ve ended up believing that the moments that left me gasping for air helped shape the daughters I adore, the books I’ve written, and the person I’m meant to become. 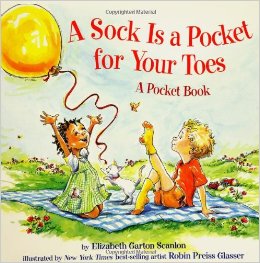 I sold my first picture book (A Sock is a Pocket for Your Toes, illustrated by Robin Preiss Glasser (HarperCollins)) 20 years ago and it published in 2004. (Yes, a five-year wait.) But harder than that was the pregnant pause between my first and second sales.

I found and left my first agent during that time. Read hundreds and hundreds of books. Wrote and submitted so many manuscripts. They were rejected. Several earned flattery and enthusiasm and encouragement but ultimately, they were rejected. (And thank goodness, too, because they were very bad indeed.)

What I didn’t understand is that I was in school all that time, studying the form, learning the craft, acclimating myself to the world of children’s literature. I am still in school, honestly, but that’s when the learning curve was steepest, most ruthless, and most important. 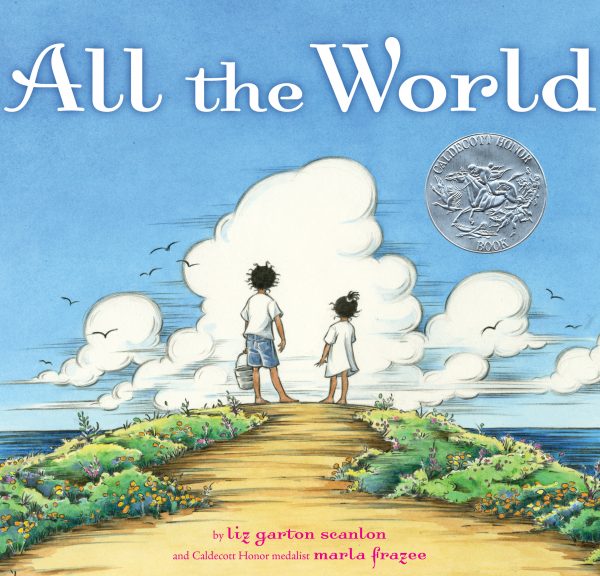 My second book was All the World (Beach Lane/Simon & Schuster, 2009). It landed on a whole bunch of lists and earned the miraculous Marla Frazee a Caldecott Honor.

Working on that project with Marla and our editor Allyn Johnston was a truly devotional and thrilling thing, and the reception by the world was thrilling, too. I’m still moved, almost daily, by how many people share, connect with, and love that book.

Smack in the middle of all that, my husband was diagnosed with cancer. He was in his 40s. We had two young kids. Our daily and emotional lives were upended completely. But, we survived – in his case, literally. All four of us, in fact, emerged intact, if not a little tender.

There have been many high points since then, and also points low enough that I got water up my nose and sand in my teeth. Several books were orphaned when editors left their houses or the industry completely. Several books got starred reviews. Several books came not even within shouting distance of earning out. Several books (okay, all of them) were illustrated by honest-to-goodness geniuses. Several would-be-books were rejected. (Okay, more than several.) 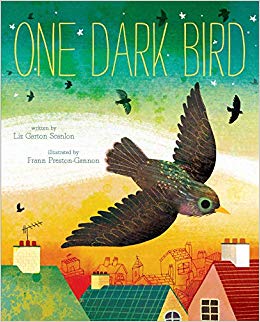 I’ve cried over revisions I can’t seem to crack. I’ve envied other writers. I’ve been disappointed in my speed, my output, my chops, my bravery, my memory, my introversion, my reach.

But after landing on bestseller lists at nearly the very moment my partner was juggling chemo and radiation, these other ups and downs have seemed manageable and even, dare I say, worth it.

Because these waves in our work and in our lives are how we open and evolve, I think. And I hope to never stop opening or evolving as a writer or a human. Ever.

So, I bob on top of the waves and try to touch the bottom with my toes. I carry on. And I encourage others to come on in because the water’s fine.

Ha ha ha – “if anything.” I like to think of myself as pretty optimistic, but one of my personal challenges is that I’m often riddled with regret. So, needless to say, my “if anything” list is long.

What would I do differently? Speak up more at that one conference. Talk less on that one panel.

Be braver, more experimental, wilder, gutsier. Be more disciplined in terms of both hours and word count. Be less shy and less embarrassed. Read more. Spend less time on Facebook.

I could go on. But here’s the thing. I’ve sold more than 20 books and some of those books are apparently being read, laughed at, enjoyed and adored. I am connected to countless parents, teachers and librarians who do the most important work in the world – raising up smart, curious, cared for little people – and I get to help with that as I’m able.

I have students with whom I continue to learn wild amounts about effort and love, not to mention setting, voice and point of view. 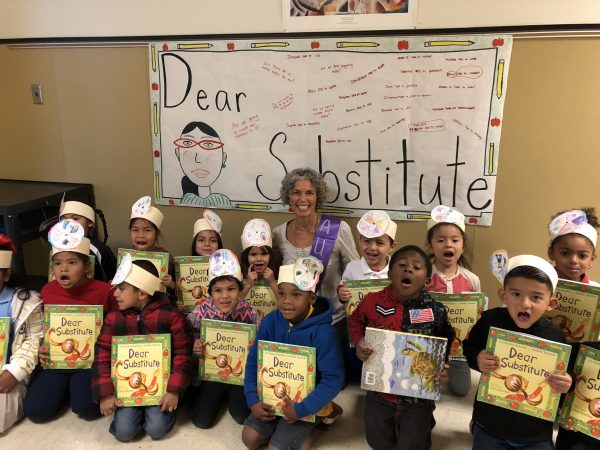 And I’ve spent two decades (so far) in a career that, while not at all lucrative, has paid some bills, allowed me great flexibility as a partner and a parent, and makes me, mostly, deeply happy.

So I try to name, acknowledge and learn from my regrets, and then shake them off. Staying stuck doesn’t help my imagination or my insomnia.

Oh, wow. So many changes.

•  Picture books are shorter by half than they were when I started. This is attributed to everything from a younger audience to shortened attention spans, but whatever the reason, we’ve had to learn to do more with less and tell stories that are still layered, moving, surprising, funny and profound in a tighter frame.

I’ve loved that challenge – it’s very much within my nature to shave away excess until there’s something pretty pure left standing.

•  Authors don’t necessarily have a single editor or single publishing house anymore. I think this has been sad for both editors and authors, many of whom look back longingly on the intimate editorial relationships depicted in Dear Genius: The Letters of Ursula Nordstom [by Leonard S. Marcus (HarperCollins, 1998)], or even on our own early experiences in the business.

But the upside is the opportunity to work with an array of talented, passionate people and bring perhaps a wider variety of creative work to market than we might have otherwise, were we situated in one closed loop.

I don’t know what to say about this except that it’s important to acknowledge the reality of a rather flooded market. In Lindsey Lane’s recent Cynsations series on books going out of print, she shared some staggering stats on how many books are being published each year, so one can extrapolate (or imagine) how many submissions are made.

I think one of the great personal challenges we face as artists is balancing a clear-eyed picture of the marketplace with hope. This is easier to strike some days than others, but loving the actual work of language and story is crucial, as is having a community of like-minded creators to support, cajole, lift up and empathize along the way.

•  Finally are the ongoing conversations generated and sustained by We Need Diverse Books and Kidlit Women* and Debbie Reese [at American Indians in Children’s Literature] and the Brown Bookshelf and folks like Cynthia Leitich Smith at Cynsations. 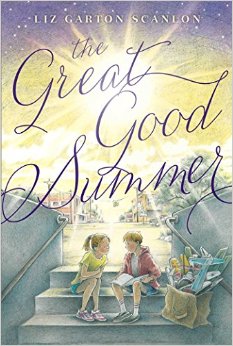 These conversations – around identity and representation in books for young people, and also among the creatives making the books, are having real effect on who we are, what we do, and who we reach.

We are learning to consider carefully which stories are ours to tell and how to tell them. We are speaking up about being featured at festivals or in anthologies or on panels that are all white. We are sharing information about who is being paid what by schools or conferences, and asking for greater equity in that regard. And if these conversations continue – despite awkwardness, emotions, defensiveness – more children will see their own lives and their own interests represented in books.

Books that push against stereotypes… books that reflect the whole of the human experience… books that save lives.

Seriously. Mark all the moments. Have a crème brulee the day your first review goes public. Buy yourself flowers on launch day. Tell your mother or your sister when you get news that your book is being published in China, or that there’s going to be an audiobook, or that it’s coming out in paperback. Buy new shoes when you’re invited to your first book festival as a featured author.

But these pauses, these moments to breathe, acknowledge and celebrate, are the fruits of our labors and they will sustain us during the dark days when there’s nothing much growing. 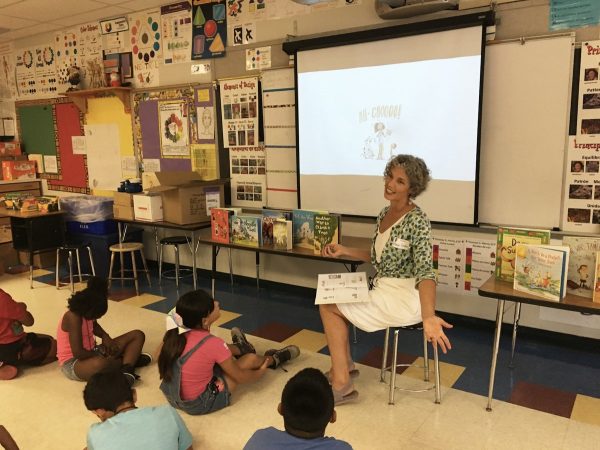 I hope every child or teen who steps foot into a library is able to find the book they want and need at that very moment.

Because, wow, what a job, huh? And what an honor. 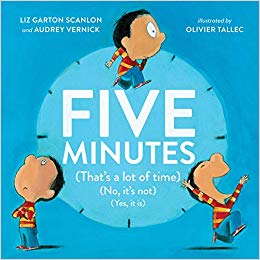 Each time I finish a book I say to myself, let this not be the last. May my muse come around again. May I stay curious, amused, passionate and awestruck. May this work continue to matter.