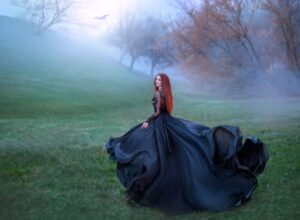 “Cynthia Leitich Smith is the Anne Rice for teen readers. Smith has a vivid imagination, her intricate plot keeps readers guessing until the very end.”  — The Bloomsbury Review

“Notions of predator and prey are deliciously explored in this gothic elixer, a dark romantic thriller that is equal parts Bon Appetite and Dracula.”  — The Horn Book Review (on Listening Libraries audio production)

“Tantalize is a thinking reader’s horror novel and an entertaining, empowering ride.”  — The International Reading Association’s Journal of Adolescent and Adult Literacy

“For those who enjoy the horror of the original Dracula or the heart-wrenching sorrow of Romeo and Juliet, Smith’s book will be a fresh, updated version of these timeless classics.”  — Kliatt

“An intoxicating romantic thriller… Quincie’s longing for a physical relationship with her boy-wolf is as palpable as the taste of the food… Smith adds a light touch of humor to the soup, but the main course is a dark romance with all the gory trimmings.”  — The Horn Book Magazine

“If Joan Bauer took a crack at dark fantasy, the result would probably be something like this gothic-horror comedy…the immersion in food culture–including an overhauled menu, as grisly as it is gourmet–successfully builds on the sensual aspects of vampire mythology.”   — Booklist

“Quincie must make a terrifying choice in a heart pounding climax that will have teen readers weeping with both lust and sorrow.”  — Kirkus Reviews

“Readers will be rewarded with an impeccably paced suspense story, a sexy romance, and a tough and witty heroine.”  — The Bulletin of the Center of Children’s Books

“Full of unexpected, delicious delights that kept me guessing and turning the pages, TANTALIZE creates a froth of excitement, danger, suspense, and wit. This original book tantalizes the sense indeed, as it explores the border between attraction and disgust, and make us question our perceptions. Who are you—predator or prey?” —Annette Curtis Klause, author of BLOOD AND CHOCOLATE, THE SILVER KISS, and FREASKS: ALIVE ON THE INSIDE!

“Looking for something to read that will make your TV jealous? TANTALIZE has it all—hot vampires and wolf-boys, a super-cool heroine in cowboy boots, nail-biting suspense, romance, chills ‘n’ thrills, and Austin, Texas. What more could you want?” —Libba Bray, author of A GREAT AND TERRIBLE BEAUTY and REBEL ANGELS

Hear Cynthia read from the first chapter in this Candlewick audio clip.

“To me, being a teenager seemed a lot like being a monster. A shape shifter with my changing body. A vampire tasting the forbidden. Sometimes wanting to fit into a pack—and sometimes wanting to escape it. Overwhelmed by a hormonal rage. Fearful of what might happen next.

“Adolescence and Gothic fantasy… They’re both explorations of our fears and desires, of the horror and heaven, of opening oneself to the new, redefining possibilities. They’re both about deciding when to walk a line and when to cross it—sometimes with life altering, even fatal consequences.

“TANTALIZE is a genre bender that draws its inspiration from the old-school Gothic masters but with a contemporary and southwestern twist. It’ll be a draw for the YA/adult crossover audience, mystery and suspense lovers, romantics, and those who like their blood served with a splash a wit. It’s the book that speaks most to my own adolescent AKA the monster within.”