At last, Miranda is the life of the party: all she had to do was die. Elevated and adopted by none other than the reigning King of the Mantle of Dracul, Miranda goes from high-school theater wannabe to glamorous royal fiend overnight.

Meanwhile, her reckless and adoring guardian angel, Zachary, demoted to human guise as the princess’s personal assistant, has his work cut out for him trying to save his girl’s soul and plan the Master’s fast-approaching Death Day gala.

In alternating points of view, Miranda and Zachary navigate a cut-throat eternal aristocracy as they play out a dangerous and darkly hilarious love story for the ages.

With diabolical wit, the author of Tantalize revisits a deliciously dark world where vampires vie with angels — and girls just want to have fangs.

Read an excerpt of ETERNAL from Candlewick Press. “The confessional style, alternating between Miranda and Zachary’s points of view, is intriguing as a diary—readers should be hooked by this fully formed world, up through the action-packed finale.” — Publishers Weekly

“…witty, dark love story of death and redemption…Miranda and Zachary are complex, sympathetic characters, and their hopeful ending is well earned.” — Booklist

“The offer of redemption sets this tale apart from others that feed upon the current fascination with vampires and the occult that possesses preteens and teens.” Note: at at time when review columns are being trimmed, it’s so wonderful to see such thoughtful coverage devoted to YA literature in a daily newspaper. —The San Antonio Express-News

“Suspenseful, entertaining and enthusiastically gruesome, Smith’s latest will be lapped up by vampire fans.” — Notes from the Hornbook

“Smith has built on centuries of vampire lore to create a spooky, snarky, supernatural world all her own.” — BookPage

“The pace of this entertaining romp is quick and the action plentiful.” — Kirkus Reviews

“The ending to the love story (because it does become one, though a twisted one) is moving and hopeful in a way you don’t expect.” — The Dallas Morning News

“Smith weaves lore from Draculian legend and story along with some other familiar cultural and literary references. Astute readers will delight in finding references to James Howe’s Bunnicula [1979] and others ranging from Johnny Cash to Joss Whedon and C.S. Lewis.”  — The Goddess of YA Literature

HWM: What made you venture into Gothic fantasy?

CLS: I’m spooky by nature. Scary stories have appealed to me since junior high, and I was writing the kind of books I love to read. — Writing the True with Cynthia Leitich Smith: an interview from Vivian at HipWriterMama.

CLS: Once you have a whole draft, all of the answers to the novel are already hinted at in your manuscript. Your subconscious is always a step ahead of your conscious mind, so it’s important to learn how to read your own writing carefully. — Kyra Interviews Cynthia Leitich Smith by Kyra from Throwing Up Words: Sometimes It’s Your Only Option.

What element(s) would you say make(s) your books unique?

It’s probably the girl-empowerment themes and the combination of multicultural, religious, and economic diversity in fantasy settings. — Interview with Cynthia Leitich Smith from The Compulsive Reader.

In fantasy, you have to succeed at everything you would in realistic fiction, plus make the fantasy elements hold together logically and earn their place in terms of character, plot, and theme. Beyond that, you can in some ways go more dramatic with your theme because the metaphor dilutes the risk of it being too on the nose.” — Interview with Cynthia Leitich Smith by Liviania from In Bed With Books.

BR: If your reader could only take away one emotion, theme, or idea from the book, what would you want that to be?

CKR: What inspired the idea for ETERNAL?

CLS: Bram Stoker’s classic DRACULA (1897). The nods to the Gothic master become increasingly more pronounced with each new novel. However, ETERNAL was also inspired by Charles Dickens’ A TALE OF TWO CITIES (1895), which students in my ninth grade English class read aloud in turn over the course of a semester. — Author Interview: Cynthia Leitich Smith by Kimberly J. Smith from Cool Kids Read. 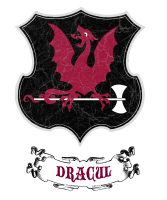 Actor Interview: Jesse Bernstein, the Voice of Zachary, for the ETERNAL Audio Book from Cynsations. PEEK:

“What I liked about playing Zachary is that I feel he was a tortured soul and I think we all have that living inside of us (or at least a lot of artists do), and to play a character that is misunderstood and flawed is a privilege.”