TANTALIZE as you’ve never seen it before—from a Wolf’s-eye view! 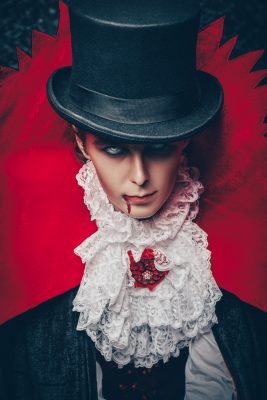 “Readers of Smith’s novel TANTALIZE (Candlewick, 2007) will be excited to see the story of the secondary character fully revealed in this graphic-novel spin-off…Like TANTALIZE, this parallel point of view leaves readers wanting to know more about what transpires in Kieren’s and Quincie’s futures.”  — School Library Journal

“This format- and genre-blending story delivers on several counts as a vampire-werewolf adventure, a mystery, a romance with teeth and claws, an authentic look at diversity (both ethnic and species), and a darn good read.” — Booklist

“The characters are well developed and the graphic novel format enhances the storyline. This popular novel, redone as a graphic novel, is a quick read for those who enjoy action with some romance. Smith has set up the story to continue in a sequel and leaves the reader wanting more.” — Library Media Connection

“Smith, who first published TANTALIZE as a young adult novel, provides a face-paced, twisty, enjoyable ride and compelling characters who develop as the story unfolds. Doyle’s illustrations capture the intensity of the emotions between the star-crossed couple.” — Publishers Weekly

“This is the graphic novel version of TANTALIZE so it’s a book that might appeal to reluctant readers and to people who really are visual thinkers. It’s gothic, it’s dark. But it also has humor. There’s romance, very sweet romance, and there’s controversy and there’s justice issues and bad boys don’t always get away, but you’re not quite sure.” — NPR Tell Me More

8 Perfect YA Comics for New Comics Readers by Alice Nuttal from Book Riot. PEEK: “Fans of gothic romance will love this new point of view on a story that hits all the classic paranormal beats.”