Read an excerpt of DIABOLICAL from Candlewick Press. 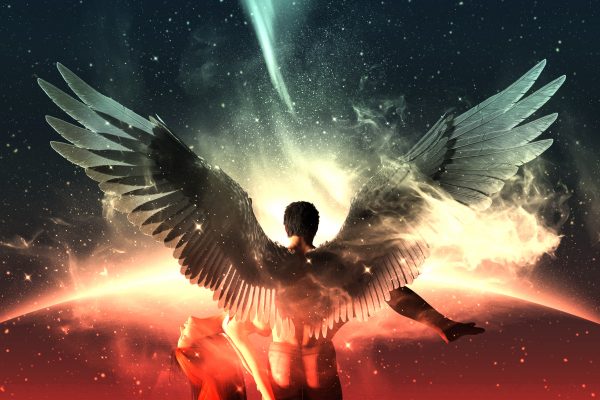 “…this captivating story combines action, suspense, and romance with just the right touch of humor to keep it entertaining. A great finish to an original and satisfying series.” — School Library Journal

“The Harry Potter–worthy final battle between good and evil — with a welcome dose of devilish humor added in — make this installment an expertly woven narrative, bringing new readers up to speed while satisfying invested fans with a happily-ever-after ending. ” — More Fantastic Books for Older Readers by Cynthia K. Ritter from The Horn Book. The highlighted four titles included DIABOLICAL (Candlewick/Walker, 2012).

“It’s a considerable challenge for a series not to lose steam by the fourth book, but this one runs full force on the fires of hell and the sword power of heaven.” —The Horn Book

“A blend of romance, action and horror, this distinguishes itself from the crowd of paranormal teen fare with the employ of plenty of camp and a healthy dose of dry humor.” — Kirkus Reviews

“If the HARRY POTTER and TWILIGHT series conceived a child, DIABOLICAL would be it. This supernatural story takes place at a mysteriously dangerous boarding school… Think Hogwarts. But move over Jacob, there is a new werewolf in town named Kieren. His girlfriend, Quincie, is a vampire and his best friend, Zachary, is a fallen angel who lost his wings when he revealed himself to a human teen and fell in love with her. Together, this menagerie of magical creatures pretend to enlist at this spooky academy in order to protect another friend, Lucy, who has recently enrolled and whose life may be in peril due to the supernatural shenanigans that occur… For readers who are thirsting for more dark, paranormal fiction, this novel fits the bill.” — VOYA