With a wink and a nod to Bram Stoker, bestselling author Cynthia Leitich Smith unites the casts of TANTALIZE and ETERNAL in a delicious dark fantasy her fans will devour.

Quincie Morris, teen restaurateur and neophyte vampire, is in the fight of her life — or undeath. Even as she adjusts to her new appetites, she must clear her best friend and true love — the hybrid-werewolf Kieren — of murder charges; thwart the apocalyptic ambitions of Bradley Sanguini, the seductive vampire-chef who “blessed” her; and keep her dead parents’ restaurant up and running.

She hires a more homespun chef and adds the preternaturally beautiful Zachary to her wait staff. But with hundreds of new vampires on the rise and Bradley off assuming the powers of Dracula Prime, Zachary soon reveals his true nature — and his flaming sword — and they hit the road to staunch the bloodshed before it’s too late.

Even if they save the world, will there be time left to salvage Quincie’s soul?

Read an excerpt of BLESSED from Candlewick Press. 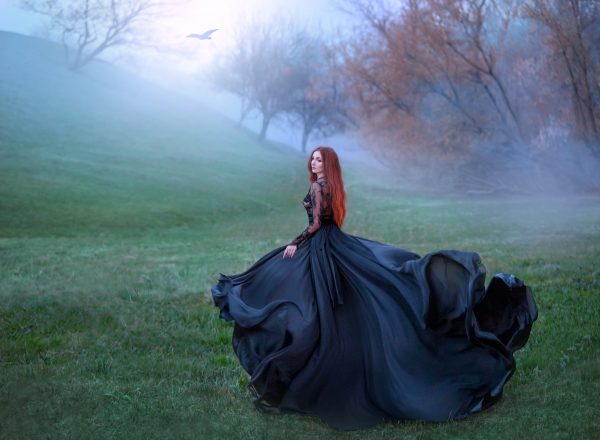 “Lighthearted and genuinely funny, Quincie and her posse are interesting characters to know.” — The Salem (Oregon) Statesman Journal

“Off-handed humor, clever wordplay, and a host of supernatural beings will delight fans of Smith’s TANTALIZE (2007) and ETERNAL (2009, both Candlewick), the two novels that precede this one, though BLESSED can certainly be enjoyed as a stand-alone novel.” — School Library Journal

“As in the first two novels, the main attractions are the clever and campy blend of the supernatural and the everyday and the thoroughly entertaining characters, human and otherwise. Even in undeath, Quincie has a zest for life that shines through as she balances supernatural duties with schoolwork and running her family restaurant, the vampire-themed Sanguini’s. Romance blossoms, too, as she and her beloved werewolf, Kieren, prove their devotion to each other under deadly duress. A hearty meal for the thinking vampire reader.” —The Horn Book

“Wild and ultimately fascinating”…”..the pages fairly smolder in describing their [Quincie and Kieren] attraction to one another.” — Kirkus Reviews

“A beautiful novel that ties together two other amazing books, TANTALIZE and ETERNAL, this story has wonderful characters and a timeless setting. I felt that I had glue on my hands—I just couldn’t put it down! This is a novel for just about any fantasy reader. I would, and will, recommend it to everyone.” —Marissa H., age 14, School Library Journal

“…smart, sexy…her homage to Stoker’s classic novel is most apparent, as she uses the book’s characters for inspiration, its plot for structure and its themes for a rich background that will lead many readers to (re)discover the original DRACULA even as they enjoy this darkly humorous send-up.” — BookPage

“Quincie is a capable, independent and appealing heroine who has matured considerably since her debut in TANTALIZE. Smith plans one more book in the series; BLESSED raises expectations for a complex (and thrilling) conclusion.” — The Austin American-Statesman

About BLESSED, Cynthia says, “Who hasn’t felt like their life is over? Like they’re all alone, facing an infernal storm? That’s when a little faith can save you, when you’re fighting the hardest to believe in yourself.”