My next book, The Second Best Haunted Hotel on Mercer Street, is coming out from Abrams/Amulet on Aug. 18 and is now available for preorder. To celebrate, I’m taking over Cynsations this week to talk about spooky middle grade!

Today’s post is on craft. I reflect on where I got the initial idea for the The Second Best Haunted Hotel on Mercer Street and the long road to actually writing it. I also share some pictures I’m sure will greatly embarrass my son.

The story of writing The Second Best Haunted Hotel on Mercer Street is a tale of tears and persistence. The same can be said about writing any book, I suppose. But in this case, I mean it quite literary.

The tears weren’t mine—they were my son Alex’s.

When he was nine months old, we flew to California and stayed in a beautiful hotel called the Fairmont San Jose.

The first night we were there, Alex wouldn’t stop crying. We tried everything, but absolutely nothing would calm him down. Finally, around 2 a.m., I dragged myself out of bed, put some shoes on, and took Alex out of the room so at least my husband and daughter could get some sleep. 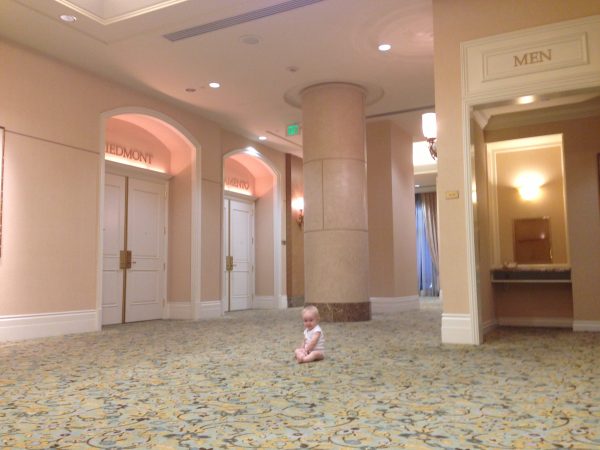 The only thing that would make him stop crying was walking, so that’s what we did. For hours. We explored the entire hotel from top to bottom. Alone. In the dead of night. 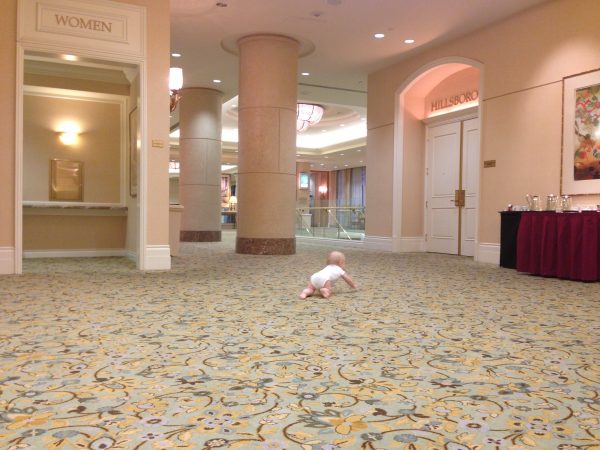 We wandered down silent hallways, hung out in empty ballrooms, played the piano in a banquet hall, and crawled around the lobby. The only other living soul we saw was the night desk clerk, who saw me on the security monitor around 3 a.m. and brought me a cup of coffee. 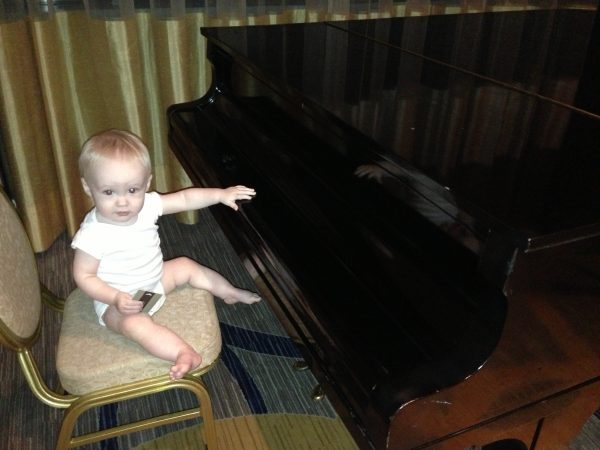 I wish I could tell you we saw a ghost that night. Maybe a sweet, spooky, spirit who told us her story and implored me to write it down. I’m very sorry to say that didn’t happen.

But spending time in those big empty spaces, especially those ballrooms with the tables stripped of their linens, their dance floors half-folded up, with the occasional stray napkin or wine glass here and there—that was better than seeing a ghost. 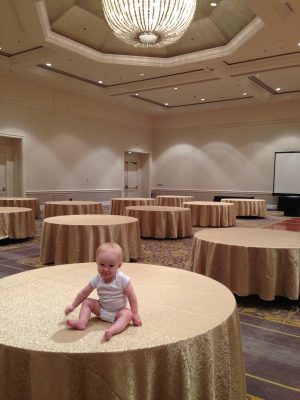 I couldn’t help but reflect on all the life that had gone on in that very spot over the years. All of the weddings, the proms, the awards dinners, the dancing, the eating, the dressing up. It could have been sleep deprivation, or the fact that it was an ungodly hour of the night, but I could feel the presence of all of the souls who’d inhabited the space before us.

I could practically hear the whispers of all of the stories that had unfolded there—the romances, the fights, the intrigue. I didn’t need to see a ghost in order to feel haunted!

After the sun came up the next morning, I found a piece of Fairmont stationary and wrote down an story idea about a girl struggling to keep her family-owned haunted hotel up and running. Later that day, still brimming with excitement, I sent a skeleton of a synopsis to my then-agent.

I shouldn’t say that, exactly. She liked the idea. But she pointed out a few problems with it and after I took a nap, and a hard look at what I’d sent her, I agreed. Something was missing. But neither of us could articulate exactly what that “something” was. 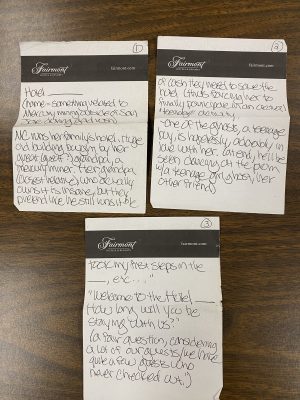 So I tucked the notes into my wallet and vowed that I would “keep thinking about it.”

Four years went by. Alex grew into a toddler, then a little kid. I wrote and published other books. Every now and then, I’d think about that magical night in the hotel. I’d take the notes out of my wallet and think about my poor, little haunted hotel book, but I got no closer to figuring out what was missing…until one day, a few years ago, I was re-watching the movie “You’ve Got Mail,” where Meg Ryan is struggling to save her small, children’s bookstore from the evil clutches of a corporate juggernaut. And it hit me like a thunderclap.

This wasn’t a book about one haunted hotel. This was a book about two haunted hotels. And it shouldn’t have just one main character—it should have two! Turns out, I’d been walking around for years with only half of the book in my wallet.

As soon as I figured that out, the book pretty much wrote itself. My wonderful agent sold it to the fabulous Erica Finkel at Abrams Amulet. Then, Amulet hired the amazing Jane Pica to illustrate it. And on Aug. 18 of this year, it’ll be coming to a bookstore near you.

Twelve-year-old Willow Ivan’s family has run the Hotel Ivan for four hundred years. Through thick and thin, they’ve held on tight to their title as the Best Haunted Hotel on Mercer Street. That is, until the Hauntery—a corporate chain of haunted hotels—moves in down the street. As the Ivan’s business fades, so do their ghostly staff. And Willow begins to worry that The Ivan’s days are numbered.

Then Willow meets Evie, a Hauntery ghost who’s forced to play the part of a Spooky Little Girl even though she longs to be a Terrifying Phantasm. So when Willow offers her a job at The Ivan, Evie accepts—but she doesn’t tell Willow that she’s still working for The Ivan’s competition, for fear of losing her new job and friend.

Together, the girls come up with a plan to save The Ivan. But with The Ivan ghosts already fading and Evie’s secret threatening to come out, will it be too late? 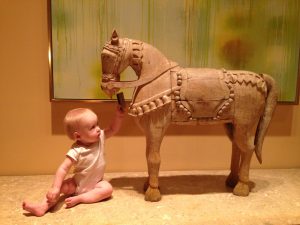 Tears and persistence. Every now and then, a book idea will hit you hard and fast, out of nowhere. Other times, only tiny bits come to you and it’s like pulling teeth to figure out the rest. Occasionally, a book just needs some time to marinate in your subconscious (or your wallet) before it’s ready to be written.

Sometimes, a book just needs to haunt you for a while.

This post is the first in a series exploring spooky middle grade books. Next up, illustrator Jane Pica shares illustration insights. 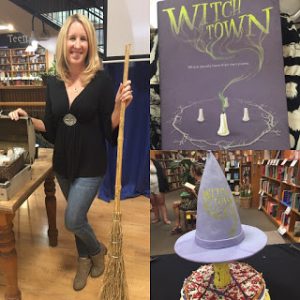 The Second Best Haunted Hotel on Mercer Street is now available for preorder.