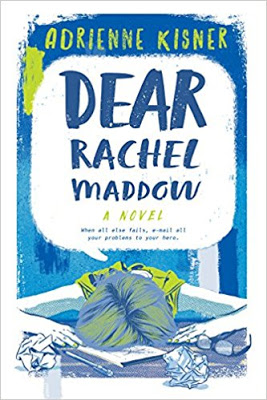 Adrienne Kisner is a Vermont College of Fine Arts alum and a hilarious fellow classmate, so I jumped at the chance to interview her about her funny and heart-wrenching debut YA novel,  Dear Rachel Maddow (Feiwel & Friends, 2018). From the promotional copy:

Brynn Harper’s life has one steadying force—Rachel Maddow.
She watches her daily, and after writing to Rachel for a school project—and actually getting a response—Brynn starts drafting e-mails to Rachel but never sending them.


Brynn tells Rachel about breaking up with her first serious girlfriend, about her brother Nick’s death, about her passive mother and even worse stepfather, about how she’s stuck in remedial courses at school and is considering dropping out.


Then Brynn is confronted with a moral dilemma. One student representative will be allowed to have a voice among the administration in the selection of a new school superintendent. Brynn’s archnemesis, Adam, and ex-girlfriend, Sarah, believe only Honors students are worthy of the selection committee seat. Brynn feels all students deserve a voice.


When she runs for the position, the knives are out.


So she begins to ask herself: What Would Rachel Maddow Do?

I think the worst moments of my publishing journey were figuring out that the first manuscript (and second and third) I wrote wasn’t going to get an agent or probably ever see the light of day. 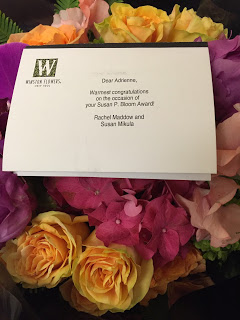 I’m not embarrassed by any of my earlier work. I spent years and countless hours on something that I hoped someone else would read, only to realize that no one will ever see it beyond a handful of friends who were too polite to refuse. That was rough. But it taught me that I can finish a manuscript and move on. That’s just what you have to do.

I have a spiritual advisor who says, “That’s the writing life. Isn’t that what you always wanted?”

And it’s true. I did. She’s always right and it’s annoying.

The best moment was probably when Rachel Maddow and Susan Mikula (her partner) sent me flowers. This is notable particularly because I’ve only received flowers about twice before in my life.

Dear Rachel Maddow won the PEN New England Susan P. Bloom Discovery Award, and somehow she got wind of it.

They weighed about ten pounds, but I carried them around my campus and forced everyone to admire them.

You can start writing your book any time. You should write it, in fact. You can finish it, too.

You aren’t too old or too young. You have the time. We always have time, us writers. We say we don’t. The kids need this, the day job needs that, the house is on fire, the car just got sucked under inky black waves by writhing tentacles, blah blah blah. Whatever.

It will always be something. But if you really want to write, have to write to survive, you will.

Do it in ten minute spurts every other Thursday. Those Thursdays add up. 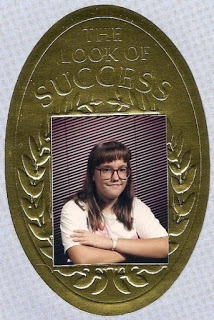 I teach composition and creative writing. (I’m also a residence hall director, but that is another story…) I like putting up my editor and copyeditor’s notes on the PowerPoint to demonstrate how even after six drafts there are approximately forty-seven errors on every one of my pages.

Writing is a journey. Revision is a slog backwards through that journey. How can I really hold typos against a student? I cannot. I circle them in cheerful purple ink, mind you. But my own process has made me more humble.

I also now pick books to teach that I can rant about, both good and bad. I’ve become a more informed ranter.

I think getting an MFA at Vermont College of Fine Arts made all the difference for me. I’ve read on advice blogs and in craft books that one does not need an MFA to write. Certainly I think that’s true.

But after a few years of writing, trying to find an agent, and getting nowhere, I was tired and ready to quit. I needed to be plugged into something bigger than myself, an instant community of writers and scholars around whom I could bask in the shared love of words.

I made amazing, supportive friends and had my butt kicked in terms of craft by brilliant mentors. VCFA flipped a switch in my head in terms of not only getting my ideas down, but taking a step back and revising the crap out of them. Many, many times. 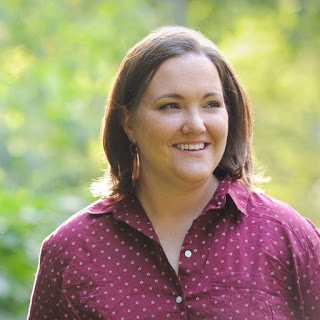 “Revealing Brynn to be an individual with realistic insecurities, biases, and complexities, Kisner playfully explores the very human manner in which a stranger like Maddow might come to feel like a friend and confident.”

Adrienne Kisner has lived her entire “adult” life in a college dormitory working in both Residence Life and college chaplaincy.

She has an MFA in Writing for Children and Young Adults from Vermont College of Fine Arts.