Now Gauri and her co-founder, Sadaf Siddique have expanded the business by becoming an independent publisher.

Their first titles released earlier this year: Room in Your Heart by Kunzang Choden, illustrated by Pema Tshering, and Bhimrao Ambedkar: The Boy Who Asked Why by Sowmya Rajendran, illustrated by Satwik Gade.

What prompted you to enter the world of independent publishing?

At Kitaabworld, we spend a lot of our time researching and curating our collection of South Asian and multicultural children’s literature.

We also put out book recommendations and do outreach to parents and educators. Through all of these processes, we have built up a deep knowledge base in terms of books available in the South Asian market as well as the kinds of books being published in the United States.

From our vantage point, we observe gaps in the types of stories being shared—what is the narrative, is there only one kind of story or idea about South Asia, what is being said, who these books represent, so all these questions and insights prompted us to think about what we can do to fill the gaps—independent publishing seemed like the perfect route!

Being a small, bootstrapped organization, we decided to take baby steps with these two books. 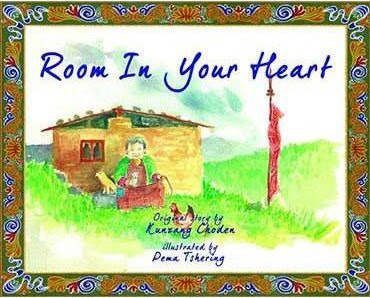 What drew you to these particular projects, Room In Your Heart and The Boy Who Asked Why?

As we delved into the gaps, we observed and the kind of books we wanted to bring to North America, we knew it was important to focus on books that lend themselves to issues that children can connect to both locally and globally.

We brainstormed on these ideas and both these books came to mind because of their universal messages, and so we were very keen on them.

Room In Your Heart is set in Bhutan and is perfect for young children (or anyone really!) with its heartwarming message about making room in our hearts and homes.

Its message of being open and inclusive also ties into the present-day conversations around immigration and refugees,

The Boy Who Asked Why is a story of Bhimrao Ambedkar, a well-known social justice advocate from India.

Ambedkar was India’s first law minister and he played a critical role in drafting of the Constitution of India. His inspiring story is one of questioning the status quo and overcoming obstacles he faced because of his status as an untouchable in India in the 1930s.

The book provides all children with parallels on issues of race and segregation in American history, and also broadens the discussions on South Asian leaders to include one of its key figures, Ambedkar.

What was involved with the publishing process since these books were already published in India? (rights, translation, logistics, etc.)

We thought finding the right books was the hard part and from then on it would be simple, but a lot was involved!

We had good relationships with the publishers, so they were very receptive when we approached them. We negotiated the terms for the rights such as advance, etc., and got the legalities out of the way. After that, we reviewed both the books and brainstormed with some educators on making these books easy to integrate into the classroom.

We edited the text, added a glossary and added additional details to help make them relevant and engaging for kids in the United States.

For example, we added a timeline on Ambedkar’s life in the The Boy Who Asked Why and linked it to events in the Indian Independence movement occurring at the time.

In the Room In Your Heart, we included interesting facts about Bhutan to provide more information about this lesser-known country.

We are also working on a lesson plan and activity guide for both books to further help educators easily add these books into existing school curriculum. Of course, we also had to figure out the right printing setup, and get the books to print. Now, we are looking at spreading the word through reviews and feedback, and continuing to market the books.

The books just got released but we’re seeing a lot of interest in both the titles. We’re cautiously optimistic that they’ll do well!

We’ve also personally done a few diverse story times with these books as well as had other teachers read them in their class. The children have had many interesting questions to ask about these stories, and it is clear that these books really provide a window into different worlds for them.

Do you have plans to publish more books in the future?

As we mentioned, baby steps!

Being a small team juggling many hats as booksellers and publishers keeps us constantly on our toes, but we are excited about a couple of project ideas that we have for the the next few months. 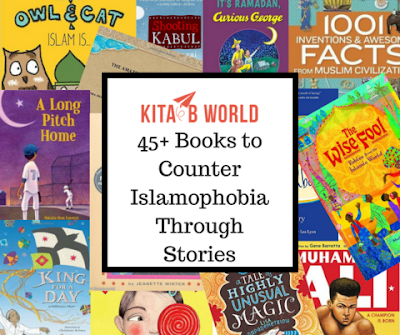 Has Kitaab World expanded into any other areas?

We have a strong educational and outreach component to our work.

Last January, we had launched our Counter Islamophobia Through Stories Campaign to challenge the narrative about Muslims, which you had featured on Cynsations as well (thank you!)

We presented it at the American Library Association’s (ALA) annual conference last June, and we just wrapped up our manuscript on that topic.

We’re excited to announce that the book will be published by ALA Editions this Fall, so stay tuned for more information on that soon!