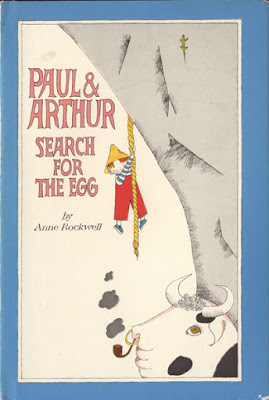 Author and illustrator Anne Rockwell died on April 10 in Stamford, Connecticut. She was 85.

“Christy Ottaviano… worked with Rockwell on four books….describing her as ‘…a visionary in her ability to reach young children through her thoughtful, clever, and wide-reaching books. She had such a keen understanding of the picture book form and how it could open up a child’s world.'”

On her author page, Rockwell described buying picture books when her first daughter was born in 1958.

“Sharing the joy of reading with her was one of the greatest pleasures I’ve ever had. I was sure that creating books for children was what I was meant to do. By some strange miracle, the first publisher who saw it published my first effort…”

That effort became Paul and Arthur Search for the Egg (Doubleday 1964), the first of nearly 200 books for children. During the 1970s and ’80s, she collaborated with her husband, Harlow Rockwell, on several books.

Then Rockwell began collaborating with another family member:

“After he died in 1988, our daughter Lizzy (Rockwell) illustrated a picture book I’d written for him, Apples and Pumpkins (Simon & Schuster, 1989). This book has become a classic, enjoyed in homes, schoolrooms and library story hours as soon as there’s a nip of fall in the air.” 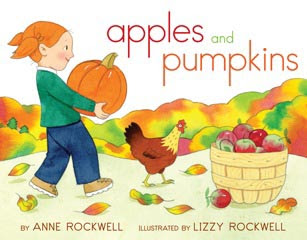 Anne and Lizzy created many more books together, including their most recent release Zoo Day (Aladdin, 2017).

On her website, Lizzy writes about growing up in a children’s literature family:

“…our parents were always talking about current and future books, and often our vacations took us to wonderful places like Block Island and Europe for their inspiration or research. Our home was filled with my parents’ fine art. Mom created oil paintings, bronze sculptures, etchings and needlepoint tapestries.” 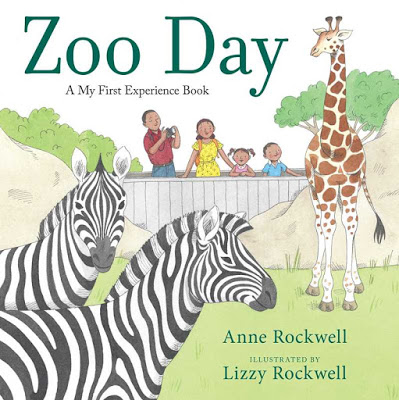 The Rockwells were profiled by Leonard S. Marcus in Pass It Down: Five Picture Book Families Make Their Mark (Walker, 2006).

2 thoughts on “In Memory: Anne Rockwell”