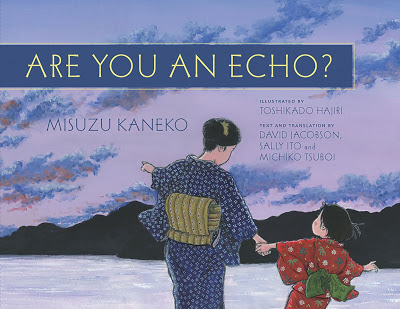 For the last eight years, I have worked for a small Seattle book publisher called Chin Music Press.

I’ve done everything from fact checking and copy editing to developmental- and line-editing, from setting up book tours to reading through the slush pile (a task I actually enjoyed).

But during all that time, my name never appeared on the cover of a book.

That changed this September with the release of my first title, Are You an Echo?: The Lost Poetry of Misuzu Kaneko. A picture book, it’s both biography and anthology of a much-loved Japanese children’s poet, whose work has yet to be introduced to English-language readers.

Becoming an author, I learned, is a humbling experience. I had to endure the red-penciling of my not-so-flawless prose (something I used to dish out myself), and the frustration of waiting for each cog in the publishing machine to take its spin—editing, illustrating, book designing, leveling, printing, marketing, reviewing, even mailing—as deadlines came and went.

The experience opened my eyes to the anxiety authors feel as they lose more and more control over their creation, something that had not really dawned on me despite my years working in publishing. 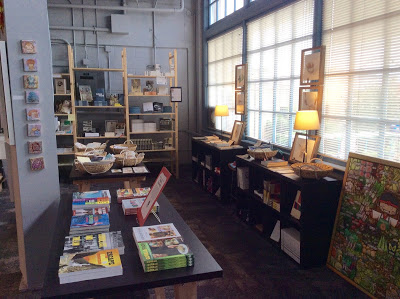 As a staff member at a publisher, I had dealt with authors who continued to rework small details of their text until the bitter end, who agonized over each cover illustration, or who fretted over how their book page appeared on Amazon. Indeed, the degree to which authors continued “meddling” in their books sometimes affected how well we worked with them.

But being on the author side of the equation taught me just how important it is to give up control, regardless of the anxiety it might cause. That was particularly true of my interactions with Are You an Echo? illustrator Toshikado Hajiri.

When it came time to decide which cover to use, I requested multiple cover sketches, asking for one thing after another to be changed. But I couldn’t get satisfied.

Finally, since I was unsure of how to proceed, I asked our book designer Dan Shafer for advice. He recommended limiting how much I was trying to steer the illustrator. Illustrators, he said, do their best work when they have freedom to react to the text in their own way.

Ultimately, I left Toshi to his own devices and he ended up producing a glorious painting of Misuzu and her daughter at sunset.

We went with that.

During my time at Chin Music, there have been many occasions when interactions between writer and editor, or writer and designer have produced unexpected results.

Current author A. V. Crofts tells of her own positive experience of letting go how she thought the cover of her book should look. In another of our titles, Todd Shimoda’s Oh! a Mystery of Mono no Aware, book designer Josh Powell brilliantly conceived of the idea of printing the entire book (both text and illustrations) in shades of black-and-white except for the very end.

Though initially intended to reduce the cost of the book, his solution resulted in a final explosion of color that dramatically enhanced the conclusion.

Writing is often thought to be a solo activity where one can wield total control over ones craft.

Oddly enough, its twin, publishing—the business of connecting writers to readers—is more of a team sport, requiring the combined input of different players with different skills and sensibilities.

So, as an author, don’t try to control everything in your book. Find really good people to join your team. Then let your editor, illustrator, designer, or translator bring something of him or herself to the process.

The result may surprise you.

Review of the Day: Are You An Echo? by David Jacobson from Elizabeth Bird at A Fuse #8 Production. Peek: “I hope that the fame that came to Kaneko after the 2011 tsunami will take place in America, without the aid of a national disaster. And I hope that every child that reads, or is read, one of her poems feels that little sense of empathy she conveyed so effortlessly in her life.”

2 thoughts on “Guest Post: David Jacobson on Trusting the Illustrator & the Publishing Process”