Thanks so much for being a Cynsational reader!

I appreciate your enthusiasm for and interest in the world of books for kids and teens.

In the meantime, you can keep up with children’s-YA books news on my author facebook page and @CynLeitichSmith on Twitter.

See y’all in the fall!

A Profile of Rita Williams-Garcia (Being Eleven) by K.T. Horning from The Horn Book. Peek: “Rita and I bonded over our mutual love of the Jackson 5. Nothing defined the era during which we were eleven better than the Jackson 5. We both remember the thrill of seeing them on TV for the first time in the fall of 1969.” See also Five Questions for K.T. Horning on The Jackson 5.

On Leaving Space for the Reader by Celeste Ng from Glimmer Train. Peek: “There’s a difference between leaving space for the reader to interpret and leaving the reader adrift.”

Character Talents & Skills: Telling Lies by Angela Ackerman from Writers Helping Writers. Peek: “To become an adept liar, a person must learn how to exude confidence, keep a calm demeanor, and speak in a way that appeals to the target’s emotional sensitivities.”

Writing Real Characters Amid Terrible Violence: Tips from a True-Crime Writer by Dan Morse from Elizabeth Craig Spann. Peek: “To pull readers along for 300-plus pages, though, I needed detailed scenes that not only advanced the plot, but also built out very real characters.”

Using Rejection as a Rung in Your Ladder to Success by Janet Fox from The Writing Barn. Peek: “Each rejection letter I received – and yes, they came back on paper in SASE’s – went into one of those narrow drawers, the middle drawer on the left. I decided that I would only quit trying to become a ‘real’ author when I amassed enough rejection slips that the drawer would no longer close.”

On Writing the Next Thing by Joy McCullough-Carranza from Project Mahem. Peek: “I’ve heard some people say they cannot focus on something new when they are anxiously awaiting responses from agents or editors. But I think that’s one of the two main reasons to work on the next one.”

Infused by Donald Maas from Writer Unboxed. Peek: “How do we infuse every moment with unspoken awareness of the need that is pulling a character inexorably through the length of the story?”

Writing a Series: What I Didn’t Know by Dianne Salerni from Crowe’s Nest. Peek: “It wasn’t until I completed the editorial revisions for Book 1 and looked ahead to the submission deadline for Book 2 that it dawned on me how fast things were happening.” 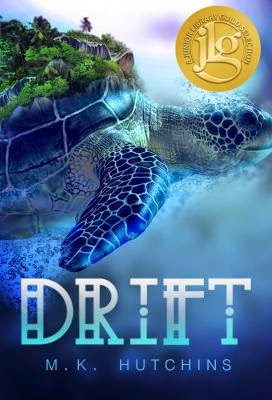 The winners of Hung Up by Kristen Tracy (Simon Pulse) were Christina in New York and Robin in North Carolina. The winner of Kristen’s Lost It was Alicia in Alabama.

The winner of Paint Me! by Sarah Frances Hardy (Sky Pony, 2014) was Donna in New Jersey.

Last week’s highlights included the Writers’ League of Texas 2014 Agents and Editors Conference on June 28 at the Hyatt Regency Austin in Texas.

Thanks also to the YA Book Club at Cedar Park (Texas) Public Library! I greatly enjoyed our conversation about Feral Curse (Candlewick, 2014)!

The links lingering on my mind is Tim Tingle’s keynote at the 2014 American Indian Youth Literature Awards by Debbie Reese from American Indians in Children’s Literature and Capaciousness (re: Kate DiCamillo’s ALA speech) by Teri Lesesne from The Goddess of YA Literature.