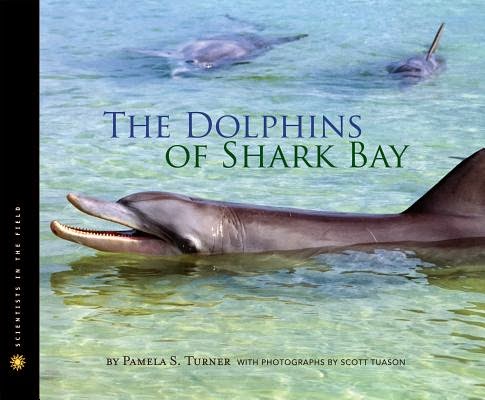 It’s hard to write a boring book about dolphins. They are the low-hanging fruit of reader interest.

To write The Dolphins of Shark Bay, with photographs by Scott Tuason (Harcourt, 2013), I traveled to Western Australia and spent a couple of weeks tagging along with Janet Mann, a scientist who has been studying bottlenose dolphins for over twenty-five years.

Reggae hydroplanes out of the water to nab fish. Dodger uses a tool to catch hers (no kidding). Puck is an ideal mother, and the members of Puck’s large and loving extended family often “pet” each other with their fins. Awww…so cute.

But not everything dolphins do is admirable or endearing. Take Nicky. Nicky is a terrible mother and almost all of her calves have died of maternal neglect. A male named Cookie rejected his best friend, Smokey, after Smokey was injured by a shark.

All of the male dolphins in Shark Bay engage in kidnapping in order to score mating opportunities with females, and may react violently if the female tries to escape their clutches.

In fact, the lives of adult male dolphins in Shark Bay resemble an awful sixth-grade slumber party where everybody is trying shoulder into the “popular” crowd.

There are always moments when a writer of narrative nonfiction for young readers wonders what’s appropriate to include. If you’re writing a picture book biography of Thomas Jefferson, should you mention Sally Hemings? Should drug abuse be a topic in a middle grade book about The Beatles? When you are on a research boat with a scientist watching three dolphins engaged in what can only be described as “sex play” and the scientist says, “Are you really going to put this in a children’s book?”, what do you say?

But I said, “Yes, it’s going in the book,” to Janet’s question about the dolphins’ sex play. You can read about it in a chapter called “Dating Games.”

Sex play, deadbeat moms and kidnappers may not align with most people’s image of “Flipper.” But by telling true stories about Reggae, Dodger, Puck, Nicky, Cookie, and Smokey, I was able to show readers the sorts of challenges wild animals face and how they respond to those challenges.

Taken together, I think these stories give a picture of dolphin life that is rich and fascinating. 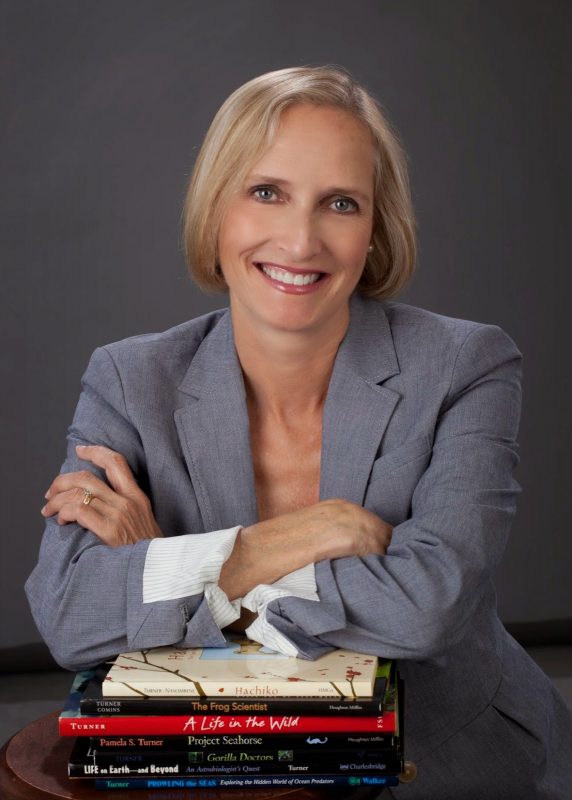