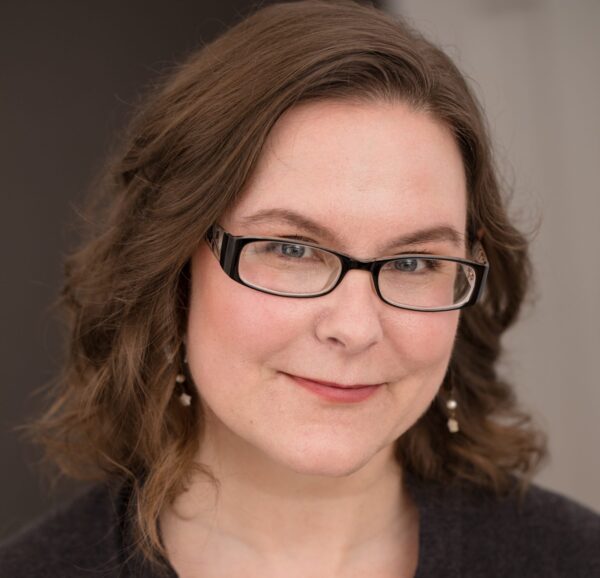 I wish I were one of those writers who can roll out of bed early, ready to rumble, or that I had set hours for creation that felt like an ingrained habit. I’m not—at all. I am a planner by nature, on the inside, but my body is a rambler and a gambler, so to speak. My when and where are both moving targets.

When I first began to write in earnest, I could only write at night, in bed, after the end of a full day at the office and after my kids were asleep. At the time, our four-person family was renting a tiny (750 sq. ft.) cabin on a lake, so my time to write was cued by the owls’ hooting or frogs’ chorusing, relative to the season. I would start at nine or ten at night and wouldn’t stop until sometime between midnight and two a.m.

I think I drafted about four books this way, including the Nanowrimo book that eventually got me my first agent. My writing hours when I’m drafting something are much longer, as this is the hardest stage for me and I can’t let myself lose momentum.

Almost ten years later, I’m no longer working the ‘day job’ (thanks to my hubby’s job), so late-night writing has given way to mid-morning through early afternoon, or sometimes early evening. My window for being able to focus productively is somewhere between two and six hours, depending on what else is going on.

Similarly, I write in lots of locations. I would love a dedicated space one day, but my creative muscles seem to do best when I can change the scene pretty regularly. I often write in bed, which I can’t really recommend, beyond convenience and lounge wear. For years, I wrote at a tea cart that my grandfather built. I never got to meet him, so it felt like I was closer to him when I used it. It was made from an old perambulator he saved from the dump, and cobbled together with bits of metal and plywood into what turned into a very lovely family heirloom. Since it doubled as a night table…really this is glorified writing in bed.

Today I’m in a rocker by the fire, but I sit at the kitchen table quite frequently as well. I have a kitchen counter desk area, but rarely use it. Instead, it collects boxes of tea, pens that are out of ink, craft books, and bits of this and that (twine, rooting potatoes, a gargoyle with a missing wing). 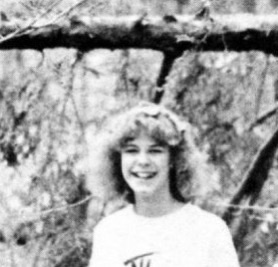 I’ve been lucky to experience so many different kinds of lives tucked into my own—my version of The Midnight Library, by Matt Haig (Viking, 2020). I’ve been a professional singer (classical), written a thesis on medieval literature and feminism, worked on a tall ship, as a paralegal, and in a marine biology lab. I spent almost ten years in environmental education, policy and advocacy work in the Pacific Northwest where I live. For a long time, my biggest bump in the road was not being able to choose a path.

Now, as a committed storyteller, I get to adapt my (many) failures, lessons, experiences and difficulties into character development and plot twists. Beyond that, my background in science has been a huge help to me in fantasy worldbuilding. In fact, I’ve built writing workshops for kids and adults alike that intersect with environmental science. I talked about this in an interview with Nerdy Book Club.

One really important thing I’ve learned since my first days as a professional writer, is that you have to define your own success. Professional envy is impossible to avoid completely, but you can make peace with it—and continue to support and love your fellow authors—by deciding what benchmarks or bucket-list items are important to you. Celebrate your successes, and try not to replace them with more things to accomplish unless they’re truly meaningful to you.

Another important mantra to me in my writing life is to have fun. People will tell you to write what you know—and sharing the feelings and shifts you yourself have experienced is important, but we often forget to have fun. I suppose this is a more specific version of “follow your bliss,” or “write what your heart wants.” With two years of the pandemic behind us, and the waves of collective grief and trauma that are washing over all of us, I’m focused on writing the things I’d want to read right now, things I can enjoy writing without causing myself additional pain. If you’re working on something truly soul-revealing, I recommend occasional palette cleanser pieces. Have some fun.

In short, I defy the odds by focusing on the writing…which is to say trying not to worry about the odds. Whether they’re “in my favor” or not, I do the things I can to move forward, and move forward in a way that keeps me a whole and relatively stable person. I love a good pithy mantra, so since my early days as a writer I’ve focused on the three Ps—Practice, Persistence, and Patience. All three are vital requirements for being an author. No one alone will do it. I sometimes joke that I’ve tried to quit many times, but failed. That’s the persistence required. You need patience because beyond the writing itself, none of the journey is in your control. Learn how to wait in a way that’s sustainable for you. Practice is, of course, butt in chair. Those books won’t write themselves. If we continue to dedicate ourselves, growing and improving our craft can be a constant source of joy. 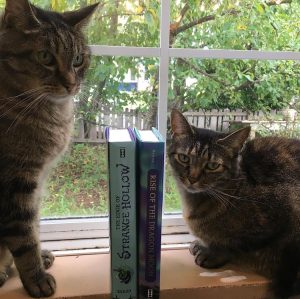 What writers have influenced your writing the most?/What was an early experience where you learned that language had power?

It’s funny, but I think I learned about the power of language from books long before I learned it in life. In fact, my answer to this question doubles to address “what writers have influenced my writing the most.” Narnia changed my life. At ten years old, it made me a vegetarian for a decade or more, and a practicing pagan for at least that long—definitely ironic, and also a little hilarious. Poor C.S. Lewis would roll in his grave if he knew.

I learned about the power of language, however, from two other authors. Ursula K. LeGuin’s Earthsea Trilogy was the first. Language and the power of naming things is a hugely important theme throughout those books. By naming something with its true name, she shows us that you have power over it, including yourself and your shadow. If that’s not a 1:1 metaphor for speaking your truth, seeking your identity, and transparency/accountability in power…then I’m a hatbox.

The other authors/collectors who taught me all about language and power were Lang and Grimm. I was so hooked on Lang’s Fairy Books and collected them as well as Grimm’s Tales. My favorite trope was the carefully-worded bargain. Double meanings, careful evasions, and obfuscations were all Gabby fun-times.

I loved applying this powerful knowledge in my life growing up; analyzing my conversations with both kids and adults to find the places where these truths, or un-truths, played out. I experimented with my own obfuscation power (sorry, Mom!)…a lot. Of course, I continued to see the power of language at play as I grew up, and particularly while working as a paralegal right out of college (insert your favorite lawyer joke here).

My pandemic book-baby, The Edge of Strange Hollow, came out in May, 2021. I wrote it as a response to one of my most difficult years growing up, and it’s very much an homage to my love of fairy tales, western mythology, and the power of language. I studied Greek and Norse mythology in middle school, during a time when I was being bullied for being bisexual. I’d started wearing a full-torso back brace for my scoliosis. My mother was in and out of the hospital with a chronic illness, and I was facing a dawning understanding about my father’s alcoholism. In short, I curled in on myself in a thousand different ways, but since I was already hugely invested in fairy tales, it was easy to make those myths my entire world for a while.

I wanted to write the story of a fierce girl whose life I would have liked to live at that age. At its heart, The Edge of Strange Hollow is a coming-of-age fantasy adventure about friendship, found family, perseverance, and promises. It plays with fairy tale conventions and touches on themes of compromise, sacrifice, and of course the power of language.

My friend, Dan Haring (author of The Star Shepard (Sourcebooks, 2019)), made an amazing trailer for the book. You can watch it, and access the first chapter through my web page.

Poppy Sunshine, who isn’t sunny at all, is very much an outsider in her world. She lives at the edges, between the village of Strange Hollow and a fairy tale forest where few people can go. Her parents hunt cursed objects in the wood and though she longs (and works hard) to join them, she’s excluded there, too. The book is about how she builds a path for herself, makes a place for herself, and of course saves her world while she’s at it.

The scientist in me loved building the forest and its creatures. I didn’t just get to reveal some of the many of the beings I’d loved as a kid, I got to put my own twist on them, and in some cases invent my own (the hyphae people are a particular favorite). Like with my debut, Rise of the Dragon Moon (Macmillan, 2019), I loved building in a belief system and philosophy—a relationship between the people and the landscape that my MC can push against. It’s the book I wanted as a life when I was ten, and I hope kids enjoy reading it as much as I enjoyed writing it. 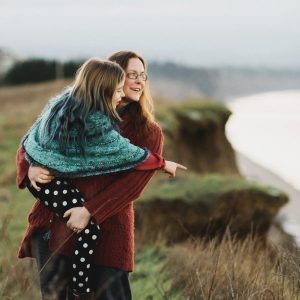 Gabrielle K. Byrne lives in the tangled wilds of the Pacific Northwest, where she writes fantasy for teens. Gabby has a Bachelor of Science degree in environmental studies (marine biology) from The Evergreen State College, and a Master of Arts degree in literature from the University of Aberdeen, Scotland.

A jack of many trades, Gabby also studied opera in Philadelphia, and medieval studies in New York, but writing stories is the common thread that ties all her interests together. Gabby loves rain, marine biology, Thai food, and naming pets (even ones she doesn’t own). When she’s not writing, she can be found fishing spineless beasties out of the Salish Sea with her husband and two daughters. 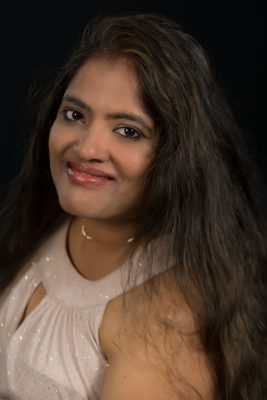 Suma Subramaniam is the contributing author of The Hero Next Door (Penguin Random House, 2019). She is also the author of Centaurs (Capstone, 2021), Fairies (Capstone, 2021), She Sang For India: How MS Subbulakshmi Used Her Voice For Change (Macmillan FSG, 2022), and Namaste Is A Greeting (Candlewick, 2022).  Her poems have been published in the Young People’s Poetry edition of Poetry Magazine from Poetry Foundation. She is a volunteer at We Need Diverse Books and SCBWI Western Washington. Suma has an MFA in Creative Writing from Vermont College of Fine Arts. Visit her website at https://sumasubramaniam.com.