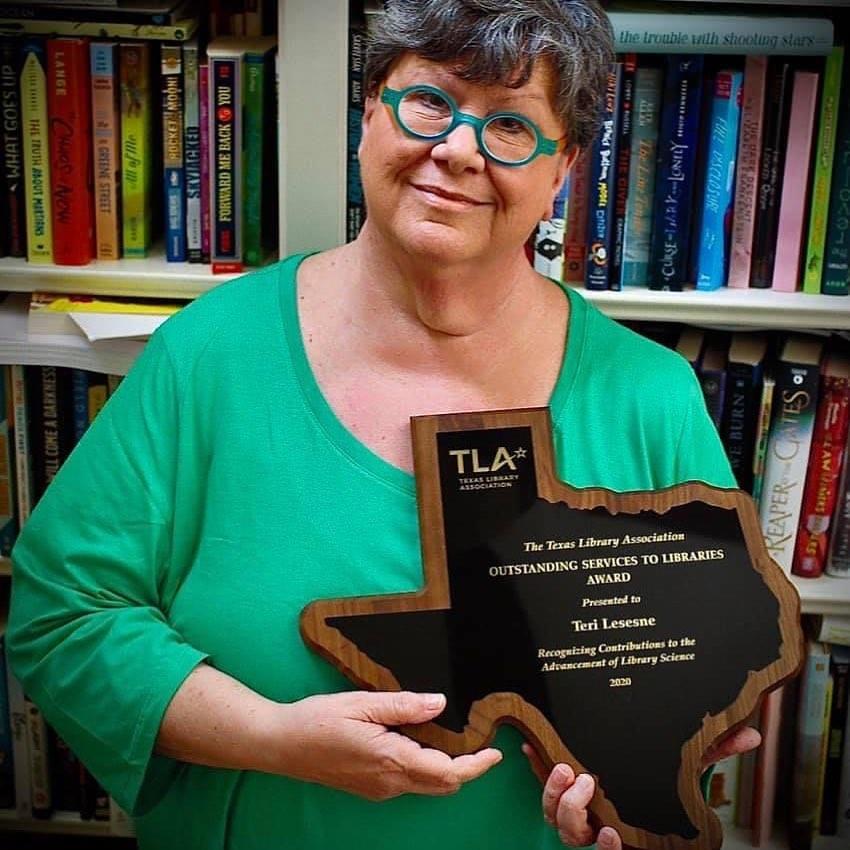 Dr. Teri Lesesne, educational trailblazer and literacy advocate, died Aug. 31 surrounded by family at her home after a long battle with cancer.

Lone Star Remembers: Dr. Teri Lesesne from Lone Star Literary Life. Peek: “She touched the lives of many young authors, current and future librarians, and countless others and was especially passionate about connecting YA books to readers. She was known for saying that ‘the right book given to the right student at the right time would create a reader.’”

In the Midnight Library: Remembering Teri Lesesne by Kylene Beers from NCTE. Peek: “She wanted to help all of us—parents, teachers, librarians, administrators—understand that reading is not about acquiring a certain set of skills; nor is it about reaching a particular Lexile level. Reading is a way of life; reading sends us on an exploration of wondering, discovering, growing, and doing.”

Born in Pittsburg, Pennsylvania, Teri made Texas her home as an adult. In 1991, she graduated from the University of Houston. After college she taught middle school for fifteen years and eventually became a distinguished professor in the library science department at Sam Houston State University where she earned the moniker “Professor Nana.” She taught there for over 30 years. Teri also worked as a consultant, presenting at conferences, workshops, and schools from the local to the national stage, known to many as “the goddess of young adult literature.” 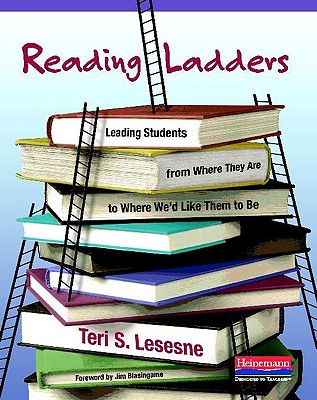 Teri authored three books: Making the Match: The Right Book for the Right Reader at the Right Time, Grades 4-12 (Stenhouse, 2003), and Naked Reading: Uncovering What Tweens Need to Become Lifelong Readers (Stenhouse, 2006) and Reading Ladders: Leading Students from Where They Are to Where We’d Like Them to Be (Heinemann, 2010). She has fourth book forthcoming co-authored with Donalyn Miller.

Teri served as a judge for the National Book Foundation, which awards the National Book Award. She has also served as the Executive Direction of ALAN, the assembly on Literature for Adolescents of the NCTE. In 2007 Teri received the ALAN Award, which “is to honor those who have made outstanding contributions to the field of adolescent literature.”

In 2020, the Texas Library Association awarded Teri the Outstanding Library Services Award. In her acceptance speech, Teri said, “the award recognizes not just my contributions but also the selfless models of all of my colleagues.”

Cynthia Leitich Smith said, “Teri’s commitment to new YA voices made a significant contribution to the conversation of books and to the careers of countless authors like me. I had the pleasure of speaking at her conference at Sam Houston State, and it was a delight. What I remember most, though, are my more informal chats with Teri’s students. I could feel how her love and dedication radiating through them. Her impact on YA literature cannot be overstated. That said, when I close my eyes and think of Teri, I remember her arms open wide to hug me, year after year, on the exhibition floor of the Texas Library Association. As a new Native author in the early 2000s, I felt especially young and out of place. Awkward and sometimes overwhelmed. Teri welcomed me home to the world of books. She reassured me—and so many others—that she believed in us, that we belonged.”

A tribute from her longtime friend Lois Buckman: “Teri and I met forty years ago when we opened a new open concept school. When we first saw each other it was instant dislike. I decided I had to work with her, but I didn’t have to talk to her unless it was for business. As fate would have it, our classes were next to each other and neither of us are exactly soft spoken. We were forced to work together. The rest is history, we became best friends.

“Even in those early days, we both believed in choice when it came to books and we spent the summers sitting in lounge chairs reading YA books in her pool, passing them back and forth when we were finished. When we found out getting the best tan in the world wasn’t such a good idea, we continued in the shade. Books were always a big part of our life together.”

“Teri moved to the University and became Professor Nana and I went on to be a librarian. We still shared books and kids together and collaborated using her students and my kids in an endeavor to make readers out of them.

“We went to conferences together, sometimes presenting together, sharing a room, and eating meals with other colleagues. Teri helped me in so many ways. If she was here I would ask her to read this to see if it was okay. I will miss all this, but it is Teri’s friendship I will miss the most. She was the sister I never had. She isn’t here for me to call on the phone to share some news or just to chat. Teri is in a better place, not feeling pain any more. I know she is happy and probably reading over my shoulder as I type thinking you could say this better. She will always be in my life when I read a book she would like, when I laugh at a joke or watch a TV show we both loved. I love you, Teri, and always will.”

Her family has asked that donations be made in honor of Teri’s life and career to the National Council of Teachers of English, designated to the Teri Lesesne grant. These dollars will be used to establish a fund that helps provide registration to the ALAN Conference to early career teachers.