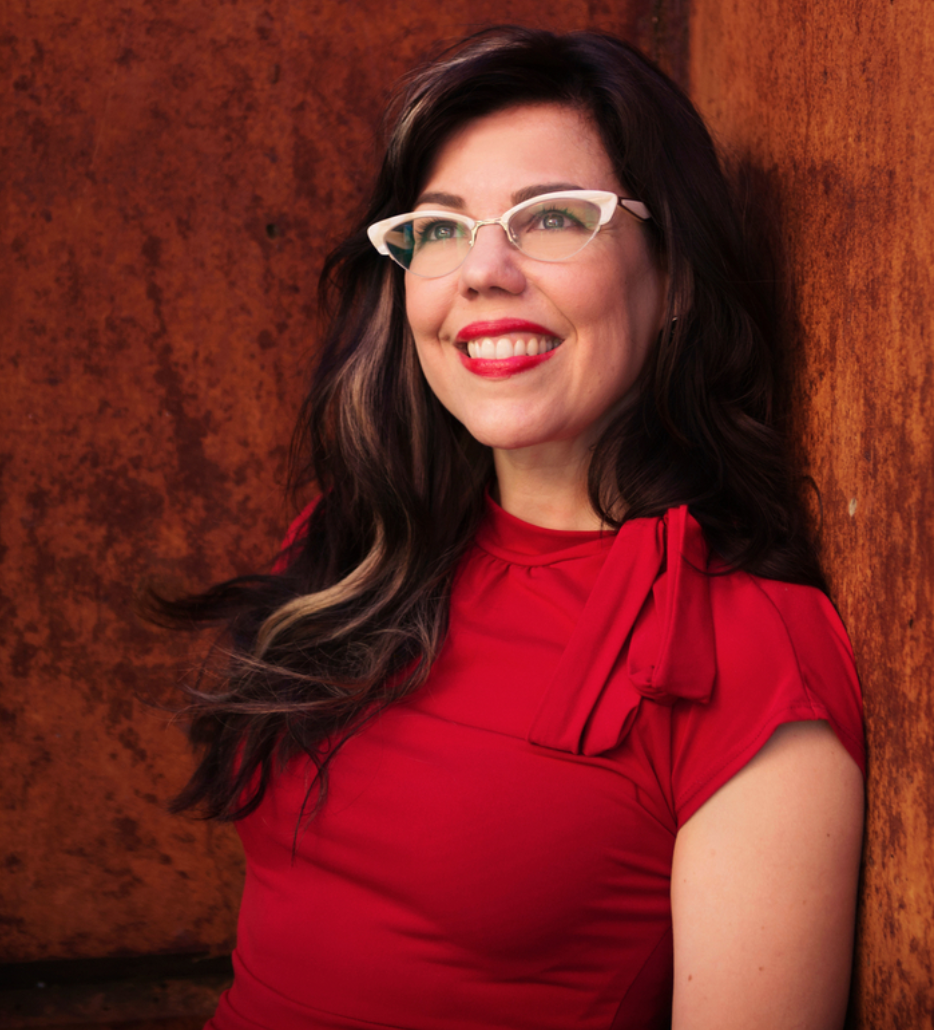 If you love old dogs and small kids, Martha Brockenbrough’s newly published picture book This Old Dog, illustrated by Gabriel Alborozo (Levine Querido, 2020) will capture your attention and your heart as you experience a friendship blooming between “old dog” and “his girl.” The story is remarkably well written, using one-syllable words that children—and dogs—can understand.

A nominee of the 2021 Pacific Northwest Book Awards, and earning a starred review by Booklist as a “lovely celebration of toddler-dog love” that delivers “an uplifting emotional punch,” This Old Dog was inspired by the author’s fond memories of the tender connection between her dog and her daughter.

Martha now graciously shares how actual events inspire her stories, and how real-life people and experiences can be incredible resources for writers.

Congratulations on the release of This Old Dog, a book that celebrates the warm and special bond between an aged family dog and a new girl. How was this picture book inspired by your personal experiences?

Many years ago, when I was just out of college, I adopted my first dog. Misty was a two-year-old Golden Retriever, and during those rocky years of young adulthood, she was my most steadfast friend.

Years later, when I had my first child, Misty was an avid caretaker along with me. She loved my daughter and my daughter loved her.

I used to get a tad frustrated with their pace; I always had a million things I wanted to do, but Misty and my daughter were content to amble through the world, marveling. One day, I really watched them and realized the beauty of their bond and their approach to life: slow and wondrous. I knew there was a book in it way back then, but it took me a long time to find the right voice.

Eventually, it hit me that dogs understand a lot of one-syllable words. When I challenged myself to tell this story using those words, the piece finally came together. Storytelling really is about finding the voice of your character, and that particular constraint helped me convey the heart of this dog and his love for his girl.

Were any of your other children’s/YA fiction books similarly inspired by real-life situations?

In ways, they all are. This is what “write what you know” means to me. It’s not about writing literal experiences I’ve had as much as conveying the emotional truths of those moments.

My novel The Game of Love and Death (Arthur A. Levine Books, 2015) centers around a young bass player in Seattle who falls in love both with the form of jazz and a jazz singer.

I was a young musician in Seattle once upon a time, playing the same song he played. I also made use of a few other things that I learned about when I was a teen—Picasso’s painting “Guernica” and the Hindenburg disaster. This is what novels sometimes are…this great amalgam of stuff we love, translated through our characters and their imagined experiences.

Whenever I write a book, I keep my own life in mind. What do I love? What do I want to understand? What has moved me profoundly?

What kind of efforts and creative challenges are involved in turning “based on” or “inspired by” real happenings into a fictionalized story?

The biggest challenge when you’re fusing real life into fiction is remembering that the actual events are less important than the emotional truth of things. “But it actually happened that way” is what some writers offer up as a defense when writing fictional accounts. But this justification falls short if the narrative doesn’t land as intended with the reader. If you truly are writing fiction, then allowing your characters their own lives is the best way to honor them in the work.

As you transplanted your memories onto the page, were there unexpected surprises or insights that occurred?

With This Old Dog, I’m most surprised at how many years I’ve lived. I’m 50 now—more than twice the age I was when Misty came romping into my life. So many years have passed and those memories and all of that love still remain.

And I guess that’s one of the most astonishing parts about writing for children. We keep our past selves close to the surface. I remember what it was like to be four and learning to whistle. I remember being in middle school and preemptively putting myself into trash cans so no one else would put me there. I remember being in high school and wanting to be a writer so badly…reading The New Yorker and Agatha Christie books in my library carrel and not having a clue about how I could also have a writer’s life.

I feel overflowing love for those past selves who were striving, protecting, yearning. That’s what writers are made of, isn’t it? With my work, I try to honor those universal emotions in myself, in readers, and in other writers.

When writing from your past, what lens do you use? Do you write from your personal point of view, the character’s, or both?

It’s both, I suppose. I mean, I have points of view on things, and I also create characters who don’t share my points of view. Even so, they’re still filtered through my own lens. I want to understand my characters as though they are separate from me, as much as I want to understand real other people in the world. That tends to be where I have the most unexpected insights.

Do you find that writing from your own occurrences gives you a deeper emotional connection to your narrative? In what way?

Writing our own truths is important. For example, I am a well-educated white woman who grew up in a big Catholic family. I had lots of pets. I was both a competitive athlete and a musician. I had profound anxiety that was never addressed. I was sexually assaulted by a stranger when I was six years old. I walked by the spot on the way to school every day for the next several years. I can list things like this and they all touch on bigger themes of class, religion, mental health, and community.

I know intimately all of the elements of these experiences, even though I’ve never published a contemporary novel showcasing them in a direct way. I might someday! But my books tend to be about what we owe each other as human beings—love and loyalty above all—which can sometimes be complex in the crucibles of class, religion, school, and the stuff going on in one’s own head.

I believe in the stories I write, and the more deeply invested I am in the characters, the better they tend to work out.

What other guidance can you give aspiring authors about using their real-life histories to inspire their writing?

It took me a really long time to become a competent writer—a lot longer than presenters sometimes tell you at conferences and such. What has always made the biggest difference to me is respecting the craft of the books I love. I read them again and again. I analyze them. I have, of course, made the mistake of trying to do karaoke versions of them (I mean, who wouldn’t when Megan Whalen Turner’s The Thief (Greenwillow, 1996) exists?).

But in the end, what has worked best for me is putting in the hard work. Not with an eye to publishing, but an eye toward making the book something I would have loved when I was a kid. Do you love it? Does that child who is still inside you and can’t believe you’re so old and wrinkly love it? Then you’re onto something worthy.

What’s up next for your fans?

Besides This Old Dog, I have two more books out this fall: Bigfoot Wants a Little Brother with Samantha Berger illustrated by Dave Pressler, published by Orchard Books, and the paperback version of Unpresidented (a nonfiction book), published by Square Fish.

Next year, the first chapter book in my Frank and Sunny series comes out, published by Levine Querido, as well as I Am an American, The Wong Kim Ark Story.

This latter book tells the true-life story of Wong Kim Ark, who fought a legal battle so that children born in the U.S. would be considered citizens. It’s written with Grace Lin, illustrated by Julia Kuo  and will be published by Little, Brown and Company.

Excerpt from This Old Dog: “When he wakes, he thinks it would be nice to have a friend for long, slow strolls….[T]hen, in the pale blue room near old dog’s bed, a pair of feet touch the ground for the first time. Thump-thump. ‘You can walk!’” 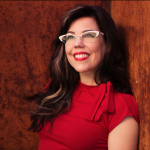 Currently a faculty member at Vermont College of Fine Arts and a blogger for the Society of Children’s Book Writers & Illustrators, Martha Brockenbrough is an award-winning author of numerous fiction and nonfiction books for all ages.

Gail Vannelli writes primarily middle-grade and YA fiction. She has her MFA in Writing for Children and Young Adults from Vermont College of Fine Arts, where she received several scholarships, including the Holy Smokes Scholarship (recognizes strong academic achievement). She also has her Post-MFA Certificate in the Teaching of Creative Writing from Antioch University Los Angeles. She has won several Writer’s Digest awards for her fiction, and her more recent work has appeared in Lunch Ticket Literary Magazine, where she is an interviewer, blogger, and assistant editor, and in Cynsations, where she is an industry news reporter and writer.