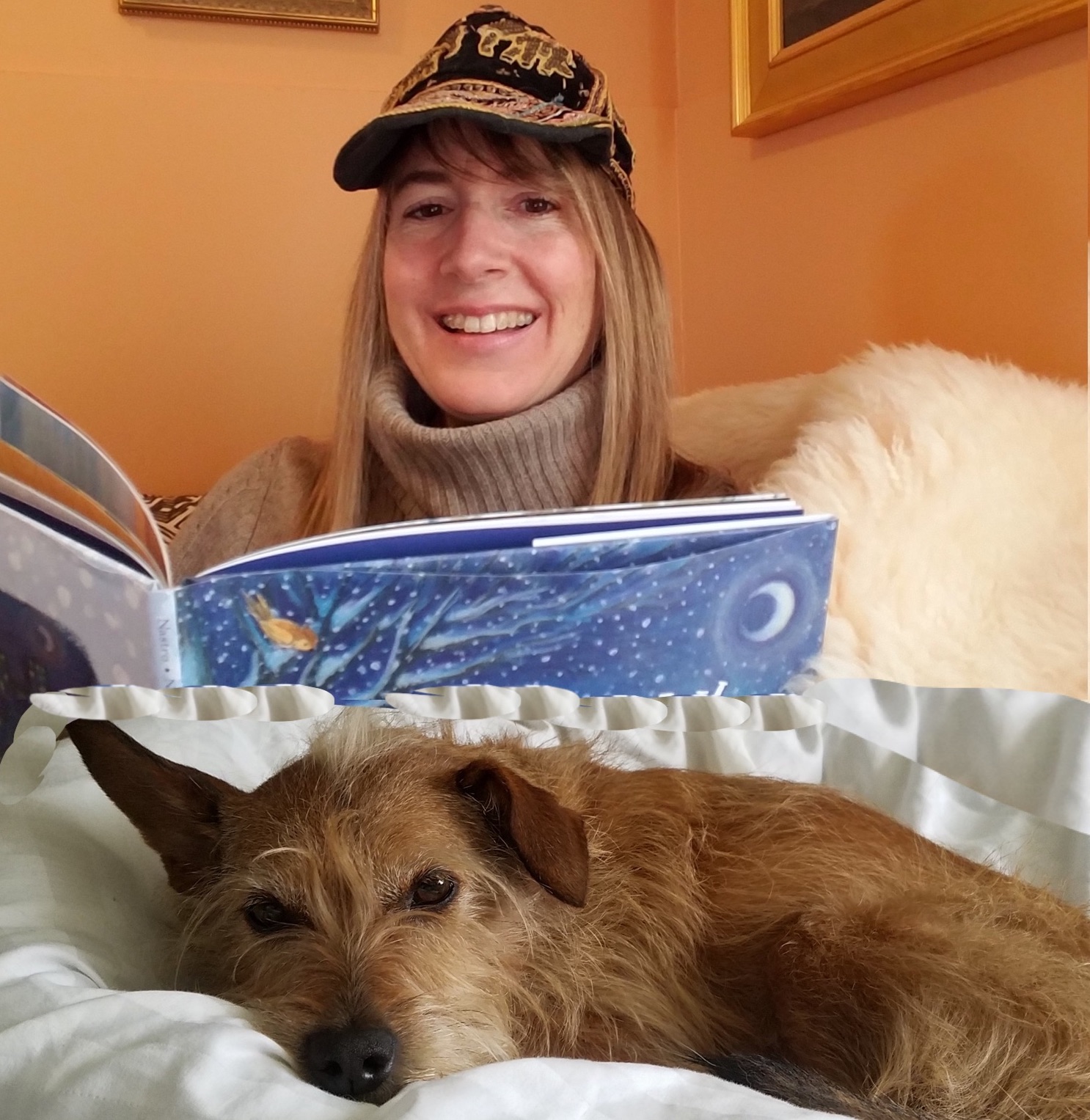 I recently talked with Andrew Rushton, Associate Publisher with NordSüd Verlag (Switzerland), and Beth Terrill, Editor, NorthSouth Books (U.S.), to learn more about publishing in two different markets. In the above photo, Beth Terrill and Lulu the dog are enjoying a good story.

For people who are not familiar with NordSüd Verlag (NorthSouth Books, in the U.S.), can you tell us how the company developed a publishing presence in both the Swiss and the U.S. markets? Was it always the goal of NSV to be in more than one market? 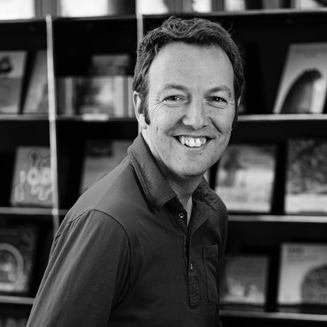 Andrew: The company was set up in 1961 by a couple who traveled the world and ultimately settled down in Switzerland. They started a publishing company for children’s picture books from their kitchen table. The idea was to bring together illustrators and authors from the northern and southern hemispheres, which is where the name comes from.

The goal was to be a publishing house with international reach, based in Switzerland. When the son of the founders took over the 1980s, he had the idea of taking these highly artistic picture books and making them into a much more commercial proposition.

With publication of The Little Polar Bear by Hans de Beer (NordSüd, 1987) and The Rainbow Fish by Marcus Pfister (NordSüd, 1992) the company really took off.

At that point NSV expanded, setting up picture book publishing imprints in different countries around the world that all published the same books. This gave bigger print runs and economies of scale. NorthSouth Books was established in New York 1989. At one point there were offices in London, Italy, France, Spain, Holland and Japan. There were also some partnerships in Russia and Eastern Europe.

Do you still have imprints and all those countries?

Andrew: We sold off most of the other imprints in the early 2000s. What was interesting to us was the U.S. English language market and the Swiss market. German and English are actually the two biggest language markets for children’s books in the world, not in terms of population, but in terms of book sales.

And the U.S. and German markets have enough similarities that we can make books work in both of them. I think having a U.S. imprint gives us additional insights into the market which can give us an advantage over some of our other German language competitors. We can pick up on ideas and trends quickly.

You publish many of your titles in both markets, but there are some titles that NordSüd only publishes in one market. Can you talk a little bit about that?

Andrew: NSV went through a bit of a cultural shift in the early 2010s. We wanted some higher profile books on our German list, so we decided to buy in rights. The first book we bought was I Want My Hat Back by Jon Klassen (Candlewick, 2011).

We’ve since grown the list of illustrators from the U.S. and North America that we work with. In addition to Jon Klassen, we work with Oliver Jeffers, Carson Ellis, Isabelle Arsenault, and we’ve just started working Sophie Blackall. 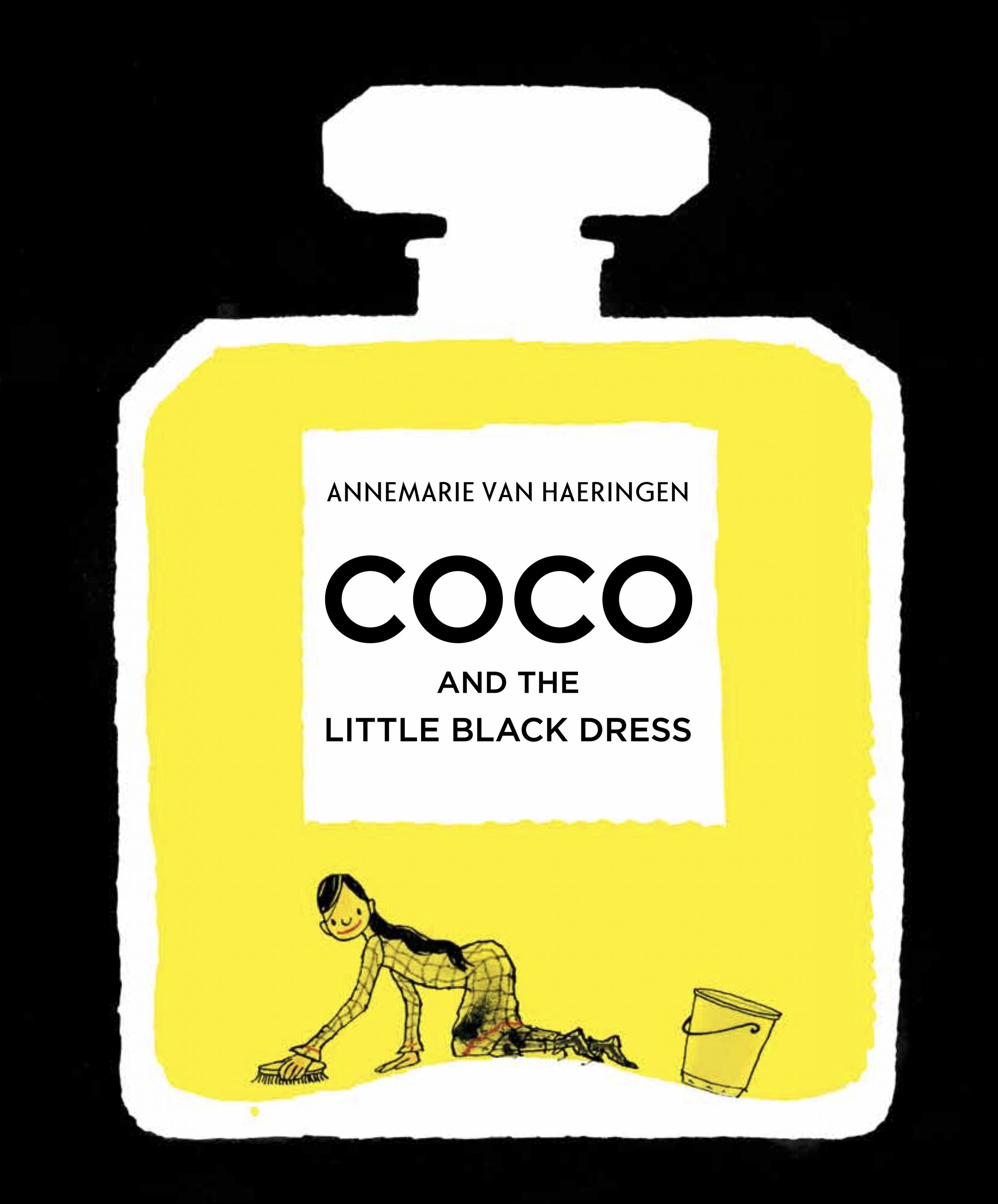 At the same time, to develop our U.S. list we’ve bought U.S. rights for some titles originally published in Europe. For example, the Findus and Pettson series by Sven Nordqvist is very big in Europe and we brought those to the U.S. We also did some fashion books—a book about Audrey Hepburn that we bought from a Dutch publisher, and one about Coco Chanel.

Another example is the work of the German illustrator Sebastian Meschenmoser who we really like. His German language books are with another publisher, but we’ve published his work in the U.S.

How does publishing in more than one market influence your editorial decisions? Are there changes that sometimes need to be made when bringing work from one market to another?

Beth: Yes. A recent example of this would be the book Coco and The Little Black Dress by Annemarie Van Haeringen (NorthSouth, 2015). In one scene, Coco Chanel, in response to women being tired of wearing big skirts and corsets, designed dresses that felt like a breeze.

In the art, we have a picture of a woman throwing off her corset. And of course, she was then topless. That worked in other markets, but for the American market, we had to ask the illustrator to put a little camisole on her. 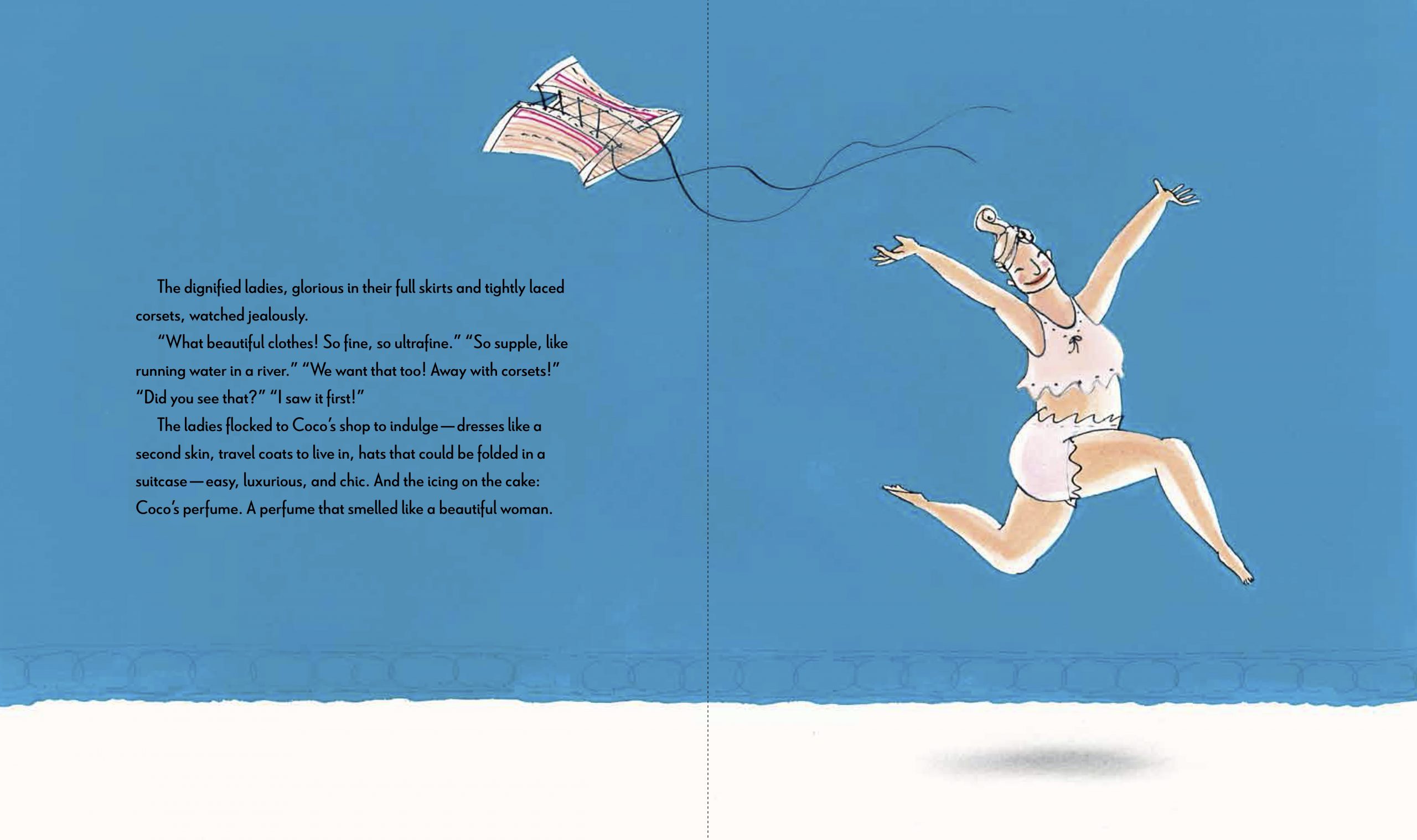 Another example was Seven Little Mice Go to The Beach by Kazuo Iwamura and Haruo Yamashita (NorthSouth, 2012). There was a particular scene where the father and the mother were taking the little mice to the beach, and they decided that the area that had the lifeguard was too crowded, so they went to an area away from the lifeguard to swim. As the story goes on, you find out that the father can’t swim and he is pulled out into the ocean.

When I read this, I thought the American market would not respond well to that kind of modeling. So we had to tweak the text to say that the father didn’t swim very well. The children then tied the flotation devices together to rescue him.

Ultimately, it’s about trying to be sensitive to cultural differences, but most of the time, we don’t have to make those kinds of changes between markets.

Andrew: For NSV, we have basically three markets, we have the German language market, the English language market, and we have international rights sales. When we’re commissioning a project, it has to work in at least two of those three markets, and in the best case it will work in all of them. We always have that in the back of our mind when we’re when we’re considering a project.

Are there universal themes that seem to work well across markets? Are there some qualities that you think have a universal appeal?

Beth: I think the human experience—the range of emotions that we feel, the fact that we all have dreams that we want to achieve and how setbacks can happen and you have to persevere. Also, relationships we have with family. We all care about our families and our parents or grandparents and siblings. We have so much more in common than not, even in our divided country right now. I feel like when you step back, you realize that for the most part people care about and want the same things.

Andrew: I wish there was kind of like a secret formula, but there isn’t.

So, does every picture book writer ever!

Andrew: I think you have to believe in the project. It sounds like a given, but you really do, and you have to believe in the quality of the people you’re working with, whether it’s the author, or the illustrator, but also the people you have in house—your art director and graphic editors—everybody has to kind of be on board with the project. Then you get quality. And I think if you have quality, that has a universal appeal.

We have a book coming out in spring of 2021 called Peace written by Baptiste and Miranda Paul, illustrated by Estelí Meza. It takes on a very important subject. It’s about diversity, about coming together, but it treats those themes in a way that is universal and doesn’t feel specifically tailored to one market. 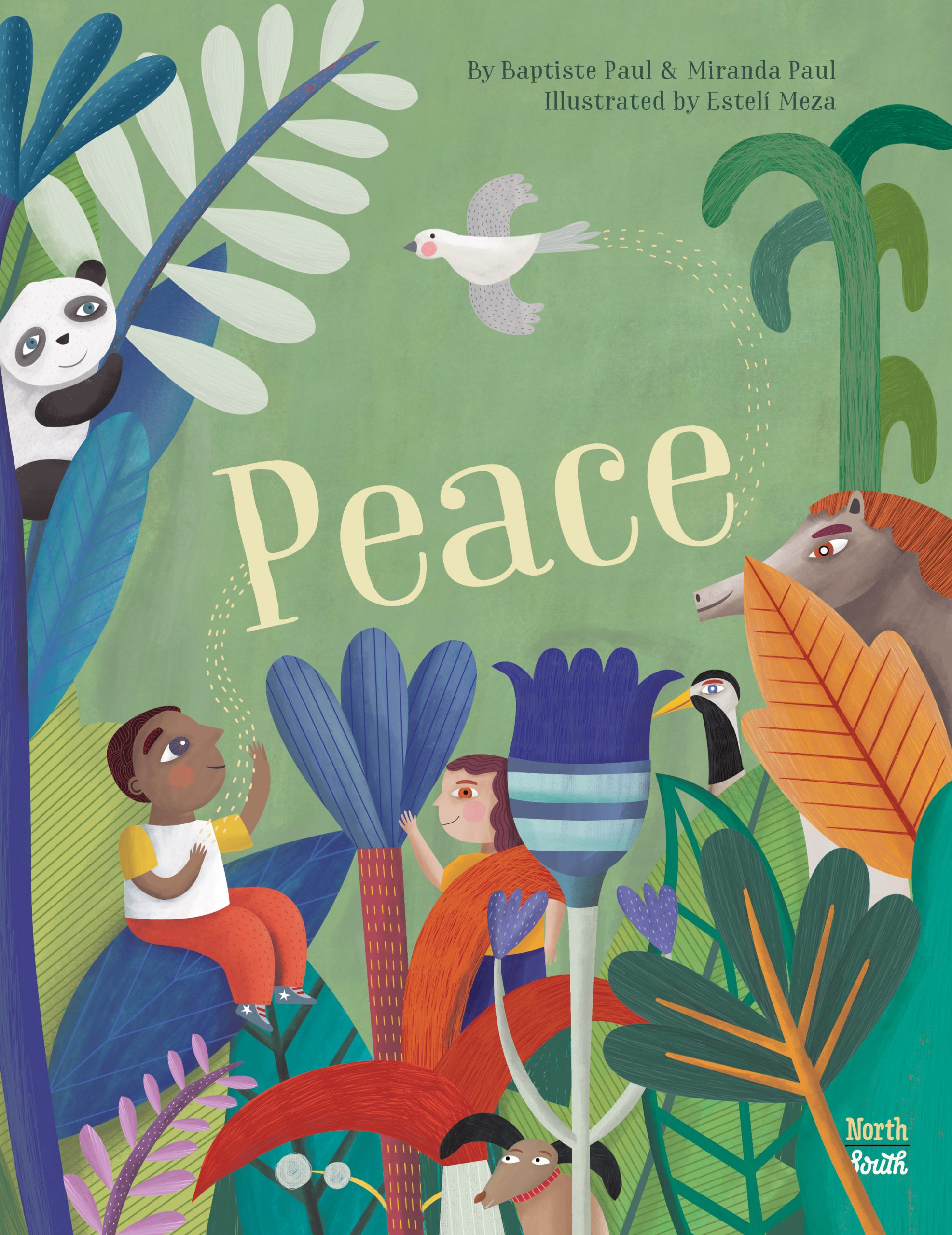 Sometimes you’ll see international subjects tackled by using animals as characters which can be really effective and helpful, but it doesn’t carry the same impact as depicting real children in real situations. We do it as well, and it really works, but sometimes you just think, “This is an important issue. Let’s have a child in the illustrations.”

For example, the book, Julián Is a Mermaid by Jessica Love (Candlewick, 2018), a beautiful, wonderful picture book that I really wish I’d published, works specifically because the main character is a child and not a bear or elephant or rhino. That said, I think if you’re going to depict real people and real children, you have to be much more aware of what you’re doing and be on point. 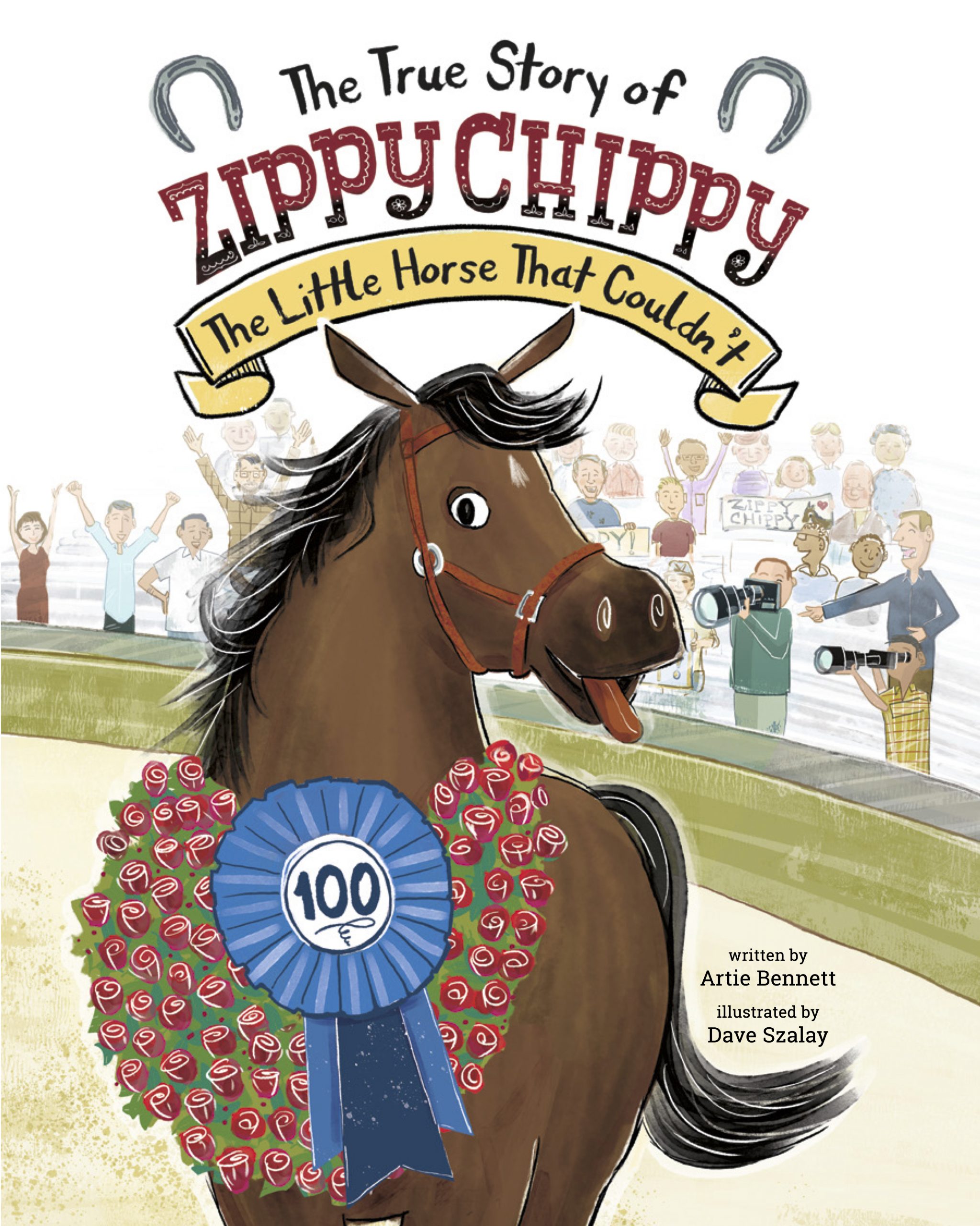 Are there any other forthcoming books that you’re excited about?

Beth: I’m really excited about Zippy Chippy: The Little Horse That Couldn’t by Artie Bennett and illustrated by Dave Szalay (NorthSouth, 2020). It’s the story of a horse who participated in 100 different high stakes races and lost every single one. He became a kind of a hero, and his story is a story about never giving up.

Andrew: I’m very proud of our new book, Hans Christian Andersen: The Journey of His Life by Heinz Janisch (NorthSouth, 2020). The illustrator, Maja Kastelic, looked at the manuscript and came back to us saying, “I think the story needs to be told on three different levels,” and she did that through the illustrations.

Hans Christian Anderson meets a little girl on a coach ride to Copenhagen and he tells her about his life. When he does, the illustrations switch from pale, muted colors to sepia-tones, and when he talks about fairy tales, there are brightly colored single or double page illustrated spreads. So you have three distinctive color palettes in one book for the three different elements of the story. It was quite a big project, but I think it came together really well. 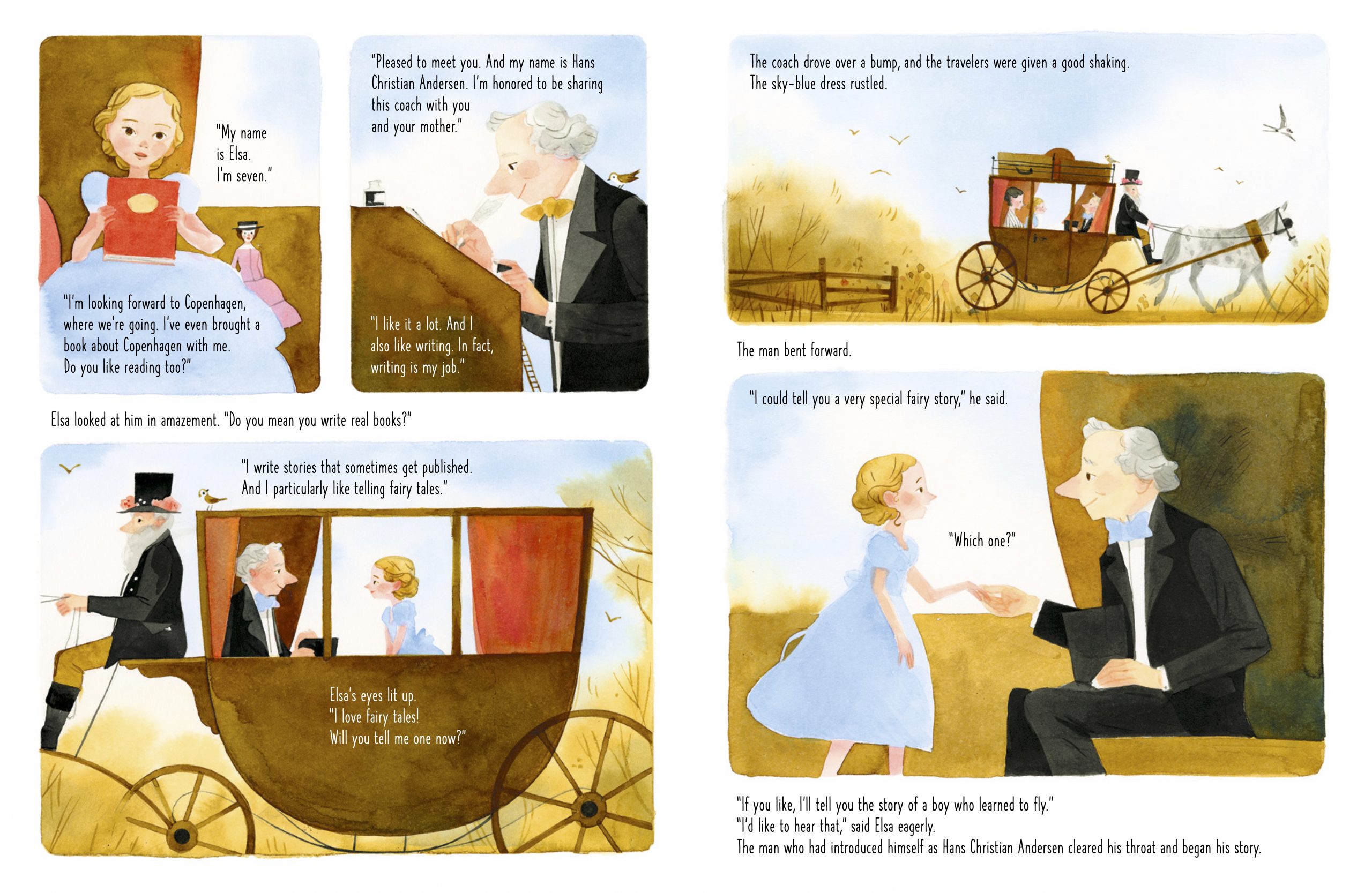 Thank you both for taking the time to talk with me and share some of your insights about publishing picture books in multiple markets with me, and with the readers of Cynsations! 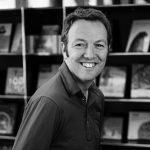 Andrew Rushton is originally from England but now lives and works in Switzerland. He has worked in the book trade both as a bookseller and publisher for over 20 years. Andrew joined NordSüd in 2008 as manager for International Markets and is now Associate Publisher with a special emphasis on the U.S. Imprint–NorthSouth Books.

His main responsibilities include producing and developing the U.S. programme, managing International Rights Sales and developing partnerships both with other publishing houses and with corporate clients. Andrew spends a lot of time looking for new talent and helping them to develop and grow. Outside of work Andrew has a young family but still finds time for his other interests: music, cinema, football and cooking. 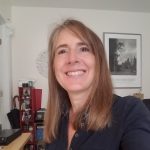 Beth Terrill, Editor, NorthSouth Books, has been working in children’s book publishing for twenty-five years. She joined NorthSouth in 2011, where she acquires and edits fiction and nonfiction picture books for the English and German markets.

Two of Beth’s favorite things to do are to seek out new talent and to brainstorm with authors and illustrators. Prior to working at NorthSouth, Beth worked as an editor at Random House in the Books for Young Readers Group for twelve years. Outside of work, Beth enjoys reading, hiking, and writing music.

Originally from the U.S., Elisabeth Norton now lives with her family in Switzerland, where she writes picture books, chapter books and middle grade novels and serves as the Regional Advisor for the Swiss region of the Society of Children’s Book Writers & Illustrators. You can find out more about her writing and involvement in the world of books for young readers on her website (https://www.elisabethnorton.com).

When not writing, Elisabeth is usually reading, knitting, hiking, or playing board games.