Writing Is Hard; Be a Duck 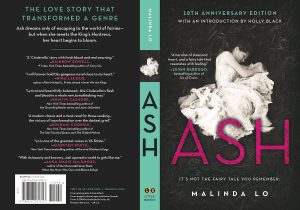 by Malinda Lo from Lo & Behold. Peek: “I’ve…learned how to ignore the inner critic when I’m writing new stuff (a first draft, or a new version of a scene or a chapter), because it is useless at that point….It is useless to criticize something that doesn’t exist. Write the draft first, and then it can be analyzed.”

Courage to Create Episode 64 with Laura Sibson from Bethany Hegedus. Peek: “I don’t think it’s a healthy construct to think about your dream agent. I think we need to go into this looking at who will be the best partner with me on this journey.…It’s important to be open to what the universe is going to send your way.”

The Power of Story is That Stories Are Real by Alex Gino from School Library Journal. Peek: “Sometimes, it’s easier to have empathy for others than it is to treat ourselves with the same care and dignity. Stories allow us to merge the two. The empathy is externalized to someone else, but someone who only exists in our minds, and in that sense is part of us.”

We Can Do Better: Rethinking Native Stories in Classrooms by Debbie Reese from National Council of Teachers of English. Peek: “The key ideas are to choose books that are tribally specific (that name a specific tribal nation and accurately present that nation), written by Native writers, set in the present day, and relevant all year round, keeping Native peoples visible throughout the school year.”

Important Books About Identity from Malinda Lo. Peek: “…a book described as ‘important,’ it’s often because it’s one of very few books about the subject, or because it’s perceived to counter an injustice, or it’s viewed as delivering a morally pure representation of an LGBTQ character….may be true, but it can feel a little self-righteous, and it can erase the hard work and artistry that writers put into crafting their books.”

Best Asian American Children’s and Young Adult Books 2019 by Lakshmi Gandhi from NBC News. Peek: “[L]uckily for hopeful readers (and perhaps their parents), recent years have brought an onslaught of books featuring both diverse characters and diverse experiences…. [W]e’re looking back at some of the best children’s and young adult books to be released in 2019 by and about Asian Americans.”

Interview: Gretchen McNeil at TTBF by Fatimah from BookPeople Teen Press Corps. Peek: “Hardest scenes for me are usually the ones where there’s a lot of people and they all have to be accounted for. It’s sort of like a game where you have to keep all the balls in the air….Everyone has to be accounted for. Everyone’s personality has to sort of manifest.”

Writing Expository Nonfiction that Sings, Part 8 by Melissa Stewart from Celebrate Science. Peek: “[L]ike shopping for a pair of pants…a writer often has to try on a couple of different text structures to see which one fits best….Before writers can settle on a text structure, they must ‘figure out what they most want to say, and then pick the approach that says it best.’”

What Really Drives Your Characters? by Jim Dempsey from Writer Unboxed. Peek: “[C]haracters’ goals change throughout the story.…What really drives characters to achieve their goals are their values, their idea of what is most important in their life. The things that really matter to them. These never change throughout the story, regardless of the goals the characters pursue.”

Meet-the-Author Recording with Julie Flett by Julie Flett from TeachingBooks. Peek: “Bird Song started out as a wordless picture book. I’d been working on the pictures for about four or five months…[O]ne day the words just started to come together. I …wrote it all out, almost like song lyrics. I’d been holding the story for so long in pictures that I knew it well.”

Author Interview: Artemis Roehrig from Only Picture Books. Peek: “If you’re determined to be published, you’ll need to be very open to criticism. This might include things as extreme as trying out your main character as a different gender or different animal. Rewriting your rhyming book as prose and vice versa. Doubling your manuscript size or cutting it in half.”

Living Multiple Identities with Namrata Tripathi (Kokila Books) hosted by Anna Borges from WE ARE YA. Peek: “I was responding to the conversations we were having around representation in children’s literature and always thinking about what can I be doing to contribute more meaningfully…I really wanted to be a part of was a place that looked at representation on the page, in the creators, and in the gatekeepers.”

Guest Post – Beyond 3 Percent: Translated Children’s Literature in the U.S. by David Jacobson from School Library Journal. Peek: “In 2018, [the Cooperative Children’s Book Center] counted 169 children’s books in translation, about 4.56 percent of the total it received. That number has increased an average of 9 percent each year….[D]espite the growing acceptance of translated literature, big challenges remain.…America still publishes far less translated children’s literature than many other advanced nations.”

What Makes Readers Give an Unknown Author a Chance? by Barbara Linn Probst from Jane Friedman. Peek: “Exposure…plays a role in shaping our selections. Seeing something ‘everywhere’ brings a sense of familiarity, trust, and inevitability. For most new authors, however, that doesn’t happen. They have to build awareness interview-by-interview, tweet-by-tweet, hoping that readers will give them a chance.” 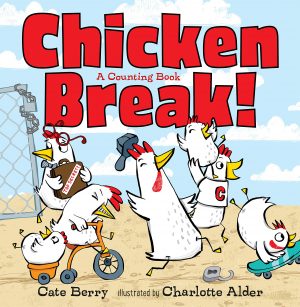 Letting Kids Be Kids: A “Wrecking Ball” Event for the Ages by Meghan Dietsche Goel from Publishers Weekly. Peek: “There are all kinds of entry points into rewarding book-themed interactions with young readers. But I do find myself having more and more conversations lately, both with authors and booksellers, about how to break out of a standard event model and better center children’s book events around their intended audience.”

A Toronto Bookstore Amplifies Marginalized Voices by Wadzanai Mhute from the New York Times. Peek: “Sheila Koffman…opened Another Story in 1987 in an effort to place, as she put it, ‘diverse books into diverse hands.’…Children’s books are a major draw, and half of the store is devoted to them. It also operates a wholesale business, supplying children’s titles to schools and libraries.”

Treasures Unlocked with LOC Digitized Children’s Books by Public Awareness Committee from ALSC Blog. Peek: “The Library of Congress…launched a new collection: Children’s Book Selections that include seventy-one treasures. Classic and lesser-known works published in the United States and England before 1924. These historical and rare books span many generations and topics….Books are available for download in multiple formats.”

Moving Stories: Inside the Book Buses Changing Children’s Lives by Anne Cassidy from The Guardian. Peek: “Every week, two converted blue buses stocked with children’s books carefully navigate the streets of Kabul, avoiding areas where deadly explosions are common. These travelling libraries stop off at schools in different parts of the city, delivering a wealth of reading material directly to youngsters who have limited access to books.” 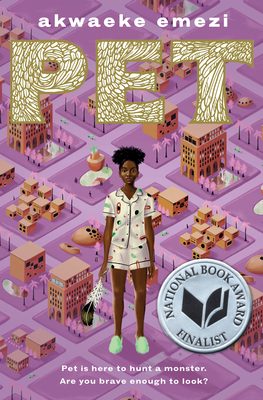 Divergent Award for Excellence in Literacy Advocacy. Congratulations to 2020 recipient, Dr. Debbie Reese! Peek: “Debbie Reese spent most of her adult life in a classroom, teaching young children in New Mexico and Oklahoma, and then adults at the University of Illinois…[S]he emphasizes the importance of knowing that Native peoples have cultures but that they also have a unique status as sovereign nations.”

The 2019 New York Times/New York Public Library Best Illustrated Children’s Books. Congratulations to all of the winners! Peek: “Since 1952, we’ve convened a rotating annual panel of three expert judges, who consider every illustrated children’s book published that year in the United States….The judges select the winners purely on the basis of artistic merit.”

Submissions Now Open for the 2020 See-It Award from Ebsco Information Services and The Children’s Book Council from The Children’s Book Council. Peek: “SEE-IT stands for Stories Engagingly Expressed-Illustratively Told. The SEE-IT Award is an annual book award…to honor the outstanding achievements of authors and illustrators in youth graphic novels. Publishers are encouraged to submit titles for award consideration by Feb. 15.” 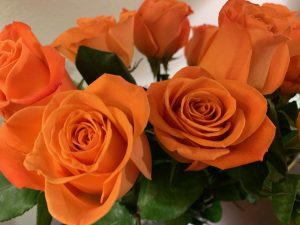 This past Wednesday was Curtis Brown Spirit Day, and as is traditional, we celebrated by showing off our signature color—orange! I have been happily represented by Executive Vice President Ginger Knowlton at the literary agency for 21 years. I’m grateful to Ginger and the whole team.