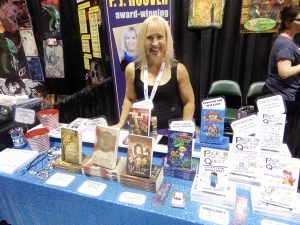 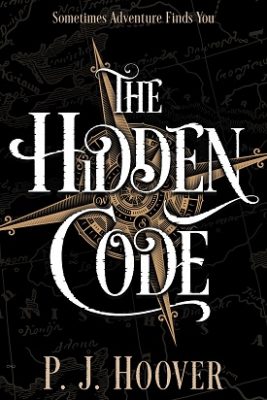 Eleven years ago, Hannah Hawkins’ parents disappeared while traveling abroad. Presumed dead, Hannah and her uncle are shocked when a letter from her mom arrives right after Hannah’s sixteenth birthday.

By piecing together cryptic hints from the note and other clues left behind, Hannah realizes her parents disappeared while trying to find the mysterious Code of Enoch. An artifact they believed could hold the key to curing disease–or creating it–Hannah’s parents had been determined to destroy the Code, no matter the cost.

Now with the help of her uncle, her best friend, and another cute but not entirely trustworthy guy, Hannah sets out to discover what happened to her parents and if the Code of Enoch is real.

Congratulations on The Hidden Code! It’s a fantastic book. What inspired the story?

Thank you so much! The inspiration for The Hidden Code truly goes way back to my childhood.

When I was young, back before the days of cable TV or Internet, once a year my mom would drag my sister and me away from playing with our Barbie dolls and plop us in front of the television for the annual screening of her favorite movie, “Journey to the Center of the Earth.”

I’m talking about the 1959 version with James Mason, Arlene Dahl, and Pat Boone. The one where Pat Boone sings My Love is Like a Red Red Rose.

This movie hit all the right spots with me, from ancient mysteries and secret clues to the lost city of Atlantis hidden deep in the earth under a dormant volcano. I not only watched this movie every year, I looked forward to it. This is a tradition I’ve carried on with my own kids, though it’s much easier these days to find it on Netflix or DVD. 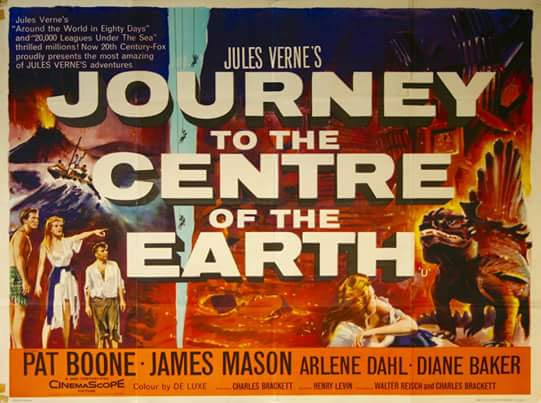 A few years ago, I was in south Texas for a book festival. During a break, I was “writing” with author Sophie Jordan at a local Starbucks. When I should have been busy working on revisions, instead I was telling Sophie of my love for this movie.

“What I’d really love is a young adult version of Journey to the Center of the Earth,” I said. “I wish someone would write that.”

Sophie looked at me, so matter-of-fact, and said, “PJ, you’re the person who should write that.” Once she said these words, I couldn’t get them out of my mind, and thus, The Hidden Code was born.

The Hidden Code has been nominated for various state reading lists. I’m curious, do you submit your titles for state award consideration, or does the publisher do that, or is it a combination? (like you letting the publisher know when and where to send the books?)

For a book to be considered for a reading list, a librarian has to read it and recommend it and then someone on the reading list committee must read it and officially nominate it. Once nominated, the publisher is notified, and it is requested that books be sent to all the members of the committee for consideration. I am thrilled that The Hidden Code has connected with librarians and been nominated for some reading lists around the country. It’s such an honor.

Previously we’ve talked about promotional tie-in “extras” you created, like the Tut video games. What goodies can readers find online related to The Hidden Code?

I’ve come up with a couple super fun activities to go along with The Hidden Code! For those who haven’t read the book yet, Hannah Hawkins and her friends must discover and decode clues along the way to finding an ancient artifact that has been hidden away for thousands of years.

Because of this, for The Hidden Code, I went with an Escape Room theme for book extras. Escape rooms are all the rage and are becoming increasingly popular with educators.

First, for an activity on my website, I came up with the “Unlock the Code” Escape Room. It’s built using Google Forms, making it accessible in schools and libraries. Those who chose to play are invited to Hannah Hawkins’ birthday party. But when they get there, Hannah is missing, and they must solve a series of clues, going from stage to stage, to discover where Hannah has gone. There are secret ciphers, hidden symbols in art, puzzle solving, number sequences, decoded messages, and more! The decoded messages part has also been a fun addition to my school visit presentation as kids love trying to decode secret messages throughout the presentation.

Second, for book festivals and comic cons, I’ve come up with an escape room breakout session to go along with The Hidden Code.

Much like my Mythology Smackdown that I’ve done at festivals and cons in the past to go along with my mythology books (like Tut: The Story of My Immortal Life (Starscape, 2016)), the escape room is designed with audience participation in mind. Participants can work solo or in teams to try to unlock a secret treasure before the ticking clock runs out. The rewards are valuable and tasty (candy normally)! As a note to educators: This is also a fun lunchtime session for school visit days.

From following your social media, I know you attend a lot of comic book and other fan conventions. It looks like lots of fun. Any advice for authors who might be thinking about an upcoming con? And do you have any tips for authors who will be selling their own books at comic cons or other venues?

Cons are a ton of fun to do. Whether you have a booth all by yourself or you are sharing with a couple of writer or illustrator friends, it’s a nice way to reach a whole new audience that might otherwise never hear of your book. It is certainly not a get-rich-quick scheme, but it is fun, great practice for learning to hand-sell your book and connect with readers, and you can meet some fantastic people. Many times at cons, there are programming opportunities also, increasing the potential exposure.

As for advice, being prepared is important. This is in the form of being able to take money (cash and credit cards), having bookmarks or business cards to hand out (because sadly not everyone will buy a book), and bringing along a couple of basics to make life easier (Sharpies, snacks, drinks, book stands, just to name a few).

Sometimes at cons, when you are a panel participant, if a bookstore is on site, they will sell your books. If this is not the case and you want to sell your own books, you’ll be required to get a sales tax ID for whatever state you are selling in. This sounds like a much bigger deal than it is, and if you don’t have one, you can get in trouble if sales tax inspectors happen to come by your booth. I’d advise that if you do plan to do any kind of shows with book sales, go ahead and get the sales tax ID.

My best advice for any author event, including cons or festivals: Always get one great picture!

I’ve noticed that you’re now a hybrid author, with both traditionally published books and also self-published titles. What interested you in going that route? Do you have any advice for other authors considering self publishing? 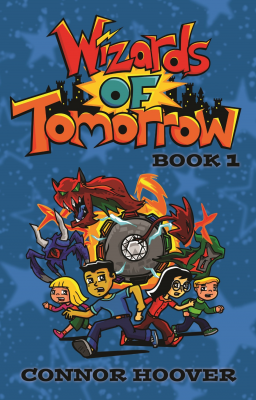 I first started dabbling in the self-publishing realm with chapter books under the pseudonym Connor Hoover. There was such a joy in writing exactly the type of books I wanted to write and not hearing the voice of the editor and the traditional market in my mind.

My first chapter book series was the Wizards of Tomorrow about kids who play a phone video game that transports them to the future where they have to fight monsters and save the world.

I had so much fun writing four books in that series that I went on to write two books in the Alien Treasure Hunters series about kids who travel the galaxy fighting evil aliens. I also started writing Choose Your Own Adventure-style books under the series name Pick Your Own Quest (including mythology, Minecraft, and fairy tale books). There are six in the series with many more to come.

Under the P. J Hoover name, I got the rights back to my young adult novel Solstice and self-published that along with another young adult trilogy (The Game of the Gods series), an adult novel (Furiously Awesome), and a middle grade novel (The Curse of Hera). It’s fun to explore all the possibilities of what can be done with self-publishing!

As for advice, self-publishing cannot be thought of the same as traditional publishing, in either the marketing or the writing. It is a separate business entirely, and there is a huge learning curve.

For those who do want to get into self-publishing, I’d suggest talking to others who have done it, learning what you can, and setting your expectations accordingly. 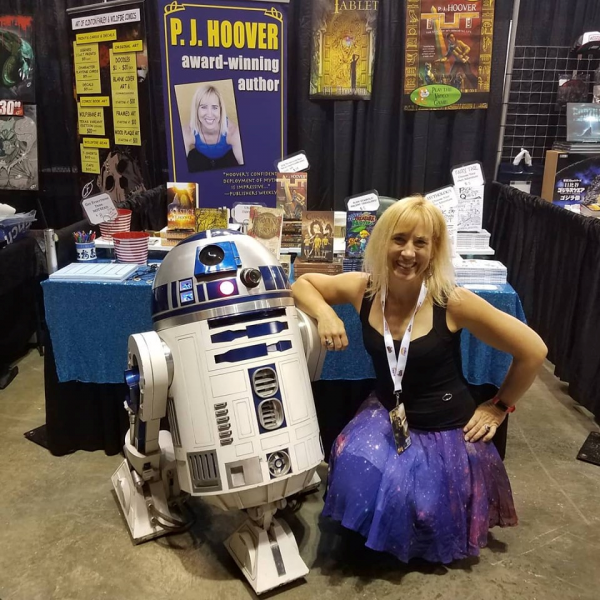 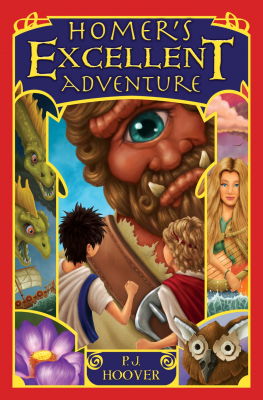 I am so excited about my Spring 2020 book. It’s called Homer’s Excellent Adventure (CBAY Books, April 2020), and it’s about as close to the book of my heart as I ever think I will write. I like to pitch it as “Bill & Ted’s Excellent Adventure” (1989) meets The Odyssey.

Homer is about to fail out of school unless he can come up with a story. An epic story. Oh, and it needs to be written in Dactylic Hexameter. No big deal…except Homer has no idea what that is. Also Homer is horrible at writing, so he’s pretty much out of luck.

But the Greek god Hermes has a story that needs a storyteller, and with a trick of immortal magic, he sends Homer and his best friend Dory back to the end of the Trojan War. They meet up with the Greek hero Odysseus along with an entire crew of smelly sailors and set off on a journey filled with scary monsters, angry gods, and a very hungry cyclops.

Can Homer get the story in time? Or will one wrong move leave Homer and Dory trapped in the past forever?

P. J. (Tricia) Hoover wanted to be a Jedi, but when that didn’t work out, she became an electrical engineer instead.

After a fifteen year bout designing computer chips for a living, P. J. started creating worlds of her own.

She’s the award-winning author of The Hidden Code, a Da Vinci Code-style young adult adventure with a kick-butt heroine, and Tut: The Story of My Immortal Life, featuring a fourteen-year-old King Tut who’s stuck in middle school. When not writing, P. J. spends time practicing kung fu, fixing things around the house, and solving Rubik’s cubes.