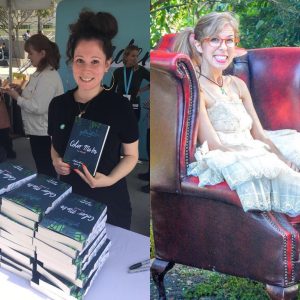 Today we welcome two debut YA authors with powerful stories grown from personal experience. Natasha Diaz‘s novel, Color Me In (Delacorte, 2019) explores the meaning of friendship, the joyful beginnings of romance, and the racism and religious intolerance that can both strain a family to the breaking point and strengthen its bonds. Hole in the Middle (Soho Press, 2018) by Kendra Fortmeyer features a protagonist with a hole in her middle, who navigates relationships with her friends, parents and a boy who could be her cure, or her perfect match.

I have always been drawn to YA literature because the books are filled with so much heart and honesty. There is a special connection between author and reader in the YA space because the intended audience is in the process of transition as they grow into themselves, which is an experience every adult has been through, and creates a special bond between the author and the reader as a result.

Whether the book is contemporary and pulled from personal experience or fantasy and pulled from the imagination, YA speaks to that directly to what it feels like to be in that place in your life and I wanted to contribute to that conversation.

As a multiracial, white presenting, Jewish young person, I had a difficult time finding books that reflected my specific reality back to me. I looked a lot like the white female main characters in many of the books that were written for my age group, but their families and realities were nothing like mine.

When I decided to write Color Me In, it was my chance to write the book I never had growing up, one that speaks to the experience of not knowing where you fit between your worlds and coming to terms with the unique privileges afforded to you when many members of your community do not necessarily benefit in the same way.

So often, Jewish narratives are focused around the Holocaust, and when we do get a contemporary story, it rarely highlights members of the Jewish community who may be ethnically Jewish and not necessarily religious or connected to the religion. I have also found that multiracial narratives delve deeply into the internal struggle we face but rarely discuss the colorism that has an effect when you are also light-skinned or white presenting as well.

I wanted to tell a story that opens the dialogue to both validate your right to take ownership of your unique identity while also recognizing the responsibility that comes with specific privileges and does not shy away from acknowledging the different experiences we may have within our various communities.

Once upon a time I was a short story writer, wondering when my novel would find me. Then I went on a mediocre date and everything changed. The date, I’ll emphasize, was perfectly fine on a scale of 0 to Traumatic. (We failed spectacularly to connect; he told me, among other things, that he thought both that we’d be a great couple and that he didn’t “really read.”)

I went back to my apartment alone, lolled on the floor, reflected miserably on the dire state of the world. What (you may assume utmost dramatic heart-clutching tones) was the point of it all? Why do we even try? Surely, we will all just die alone, unloved and unread!

Then, with utter clarity, this thought popped into my mind: This would be so much harder if I had a hole in my middle.
I stopped my handwringing dread. What?

And a voice that would come to occupy a space in my mind for the next two years answered: Here are the options for a girl like me….

As a writer, I’ve always lived and died by ideas out of nowhere–those scraps and fragments of dialogue and story we scribble in notebooks and record in our phones. I ran to my desk and started writing. That first sentence bloomed into a chatty short story, exploring the romantic challenges and travails of a girl who had a hole in the middle of her body. The story got long, and eventually ended, but the voice was clearly not done talking. So it became a book.

In the process, Hole in the Middle snowballed to include many things I was obsessed with in my early twenties–female friendship, surrealism, the bizarre world of home workout videos, the North Carolina State Fair, and the frankly horrid things society tells girls to believe about their bodies (no matter what their bodies look like or how healthy they are), and the morality we attach to female sexuality.

That snarky, vulnerable, lonely voice–who was by then my protagonist, Morgan the Hole Girl–guided me the whole way. I’m so grateful to her for giving me this book. I can only hope I’ve given her a wonderful life and home.

One of the earliest stumbling blocks I ran into was the sheer size of the novel–around page 120 or so, it was simply too big to hold in my brain all at once! This confounded me.

As a writer, I’m very visual, and I was accustomed to knowing, with more or less certainty where certain scenes fell on a page, and in what order. Suddenly, I was swimming blind.

My writer friends swore by Scrivener, but I cobbled together a handful of coping mechanisms that felt true to me: On the analog side, I wrote out plot beats and strung them up on a clothesline on the wall of my office, so I could see them all at once, slide them about and rearrange them.

And in the writing, my trick was to use a very particular word in a scene and then never use it again in the entire book, like “cerulean” or “neroli,” so that I could find the scene again later by doing a word search.

I went about agent-hunting in the traditional way: researching and querying. I was dating online at the time (once again) and it was funny to me how similar the processes felt! You look someone up, check out their profile, send them a note and hope they write back…. Only instead of OkCupid, I used these three fantastic free resources, which I recommend highly for children’s and YA authors:

Many queries later, I got The Call from Molly Ker Hawn at the Bent Agency. I absolutely adore her–she’s a fierce, warm-hearted valkyerie and absolute champion of her authors.

My book was a weird little debut longshot, but she helped me edit the manuscript and went to bat hard for it–in one case, talking a publishing house who’d said “no” into reconsidering and ultimately landing the sale. (On this note, I’ll add: Authors, sign with an agent who deeply believes in your project, and who you adore. It makes all the difference in the world.)

There’s so much debate in the literary world about whether You Need An MFA. The answer, obviously, is different for everyone. Do you need an MFA to write a book? Absolutely not! Quit having this debate! It’s silly! Exclamation point!

It was absolutely right for me: I drafted the manuscript for Hole in the Middle as my master’s thesis at the New Writers Project MFA program at UT Austin. I completely loved the program and the writers I worked with there, and learning to teach undergraduates. The program also pushed me out of my fiction comfort zone: In my second year, I took a poetry workshop with visiting poet Gabrielle Calvocoressi. Looking back, I trace much of the more intense and rhythmic language in Hole in the Middle to that class and the exposure to new forms I encountered there.

(I was doubly blessed to be invited back to the program as UT’s Visiting Fiction Writer this year–certainly because of my graduate work with the professors there–and it was frankly one of the best seasons of my life, and a period of wild growth for me as a writer. Teaching, and being made to articulate elements of story you know innately but hadn’t put words to, has an intense effect on craft.)

(That said, an MFA is no guarantee of work at all, but do go teach, if you are able.)

Perhaps the greatest gift of an MFA program, at least for this writer, was the personal signaling of commitment. Saying, I am a writer, and I will take two-to-three years of my life to dedicate myself to this craft is a statement of faith that lasts a lifetime.

Again, you don’t need it; again, you can read widely and deeply and form writers groups and tattoo your writerness upon your own bones.

Do what’s right for you and your work. I believe in you. 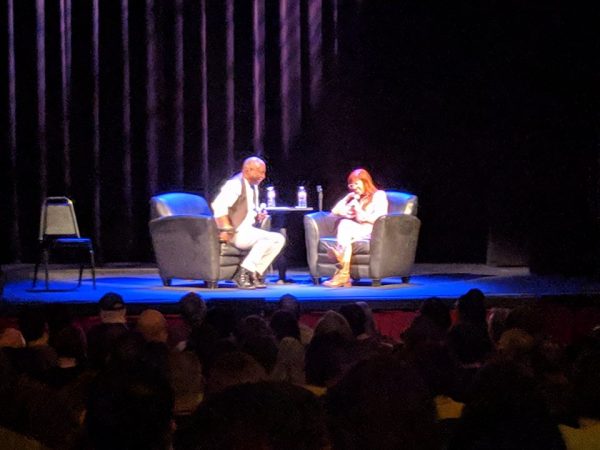 I got to live every author’s dream and appear on LeVar Burton Reads last fall! I was a huge Reading Rainbow fan growing up, and when I got the call that LeVar wanted to read a short story of mine, “Asymmetry,” onstage at the Paramount Theater in Austin, I nearly died.

What a beautiful whirlwind, this writing life! 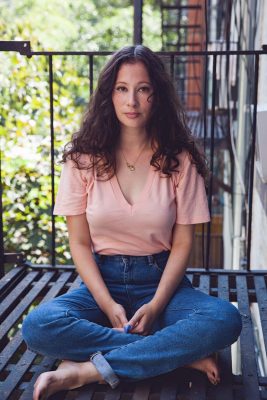 Natasha Díaz is a freelance writer and producer. As a screenwriter, Natasha has been a quarterfinalist in the Austin Film Festival and a finalist for both the NALIP Diverse Women in Media Residency Lab at ARC and the Sundance Episodic Story Lab.

Her personal essays have been published in the Establishment and HuffPost. Color Me In is her debut young adult novel. 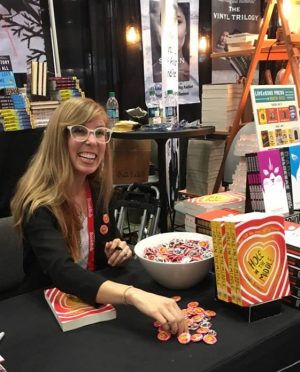 Kendra Fortmeyer received her MLS and MFA in fiction from the University of Texas at Austin.

In 2016, she won a substantial grant from the Elizabeth George Foundation for her writing; she is a 2017 Pushcart Prize winner for her story “Things I Know to Be True,” and she’s a graduate of the Clarion SFF Writers’ Workshop class of 2016.

Her short fiction has been published widely. Hole in the Middle is her first novel. She lives in Austin.