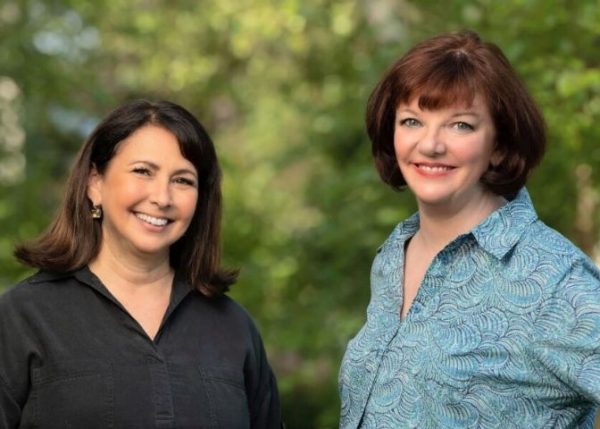 Congratulations on Instructions Not Included! It’s a fun and inspiring book. Can you tell us what drew you to this project?

Debbie: We are both interested in women in computers, especially in the early years of computing. My background is in computer science. After working at Hewlett Packard in the field of databases and datamining for 20 years, I received an MFA in Writing for Children & Young Adults from Vermont College of Fine Arts. Tami and I were in the same class.

Even though we’d remained close friends since Vermont, Tami and I had never thought of working on a book together.

When Tami’s daughter became a software engineer Tami got interested in writing about the ENIAC (Electronic Numerical Integrator and Computer) women. Suddenly collaborating on a picture book biography seemed natural.

Can you each share a little bit about your writing and research process? When you first begin a project, do you have a plan or outline of where you’ll look for information?

Tami: Historic research is tricky when the subject was misrepresented in the past. Even though these women were inventing how to give a computer instructions—they were the first real programmers—their contribution to the ENIAC project was discounted and erased.

Building ENIAC’s hardware panels was considered the “real” invention, and when reporters and army generals came to see ENIAC demonstrated Jean, Betty and Kay were called “models” even though they were the ones who had designed and executed the program.

We had to research what the patriarchy said had happened and then do even more research to prove what had really happened. 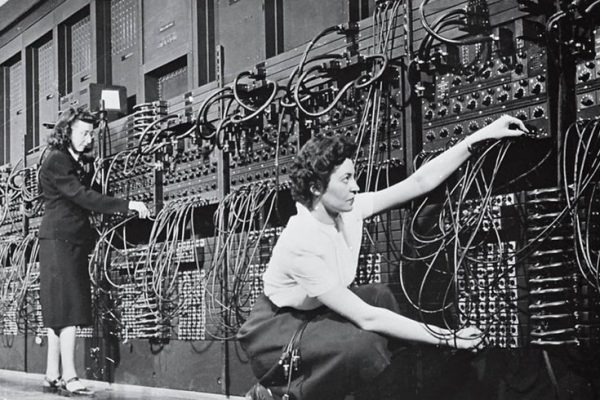 We found great interviews and old videos the Army prepared in the ’40s when they unveiled ENIAC to the public. Mostly men were featured with our women in the background.

Luckily, the internet also had dozens of hours of more recent interviews of our women telling their own story. In these videos, the women were much older now, with families and grandchildren. Most had had long successful careers in the computer industry. These videos made Betty, Jean and Kay very real to us. Thank goodness some great historians had captured this footage because, by the time we began our project, all the ladies had passed away.

Nonfiction picture books may not have many words compared to books written for adults, but I’m really proud of the depth of our research. Our ladies each mentioned answering a classified advertisement for female mathematicians. There have been quite a few adult computer history books that mentioned an ad like this, but none had ever shown the ad itself. It almost seemed like an urban myth. But we felt it was very important to confirm the classified ad story because that was the thing that brought Betty, Jean and Kay to ENIAC.

I was so proud of Debbie for combing every newspaper from that timeframe until she struck gold—printed in The Philadelphia Inquirer. We included the actual image in our author’s note.

I’m very curious about your collaboration process—especially since Debbie is in Austin and Tami lives near Washington, D.C. How did you overcome that distance obstacle?

Debbie and Tami: We already knew each other from Vermont and remained close friends, but when we started working on this book it had been ten years since we’d graduated.

We started by meeting face to face at Tami’s house. We’d already done some research on our own, so when we got together we were ready to brainstorm the whole book and storyboard it out on huge post it notes. Once we did this we knew we had a topic worth pursuing. That’s the method we still use for new projects.

As the manuscript came along, we used Google Sheets to work on the revisions together. We found a common voice for our manuscript that felt good to both of us. This was a tad of kismet but we seem to have the same goals and execution style. It took about four more face to face trips, and several major revisions to reach the finish line, but it was a great experience.

Debbie and Tami: From the beginning, we knew that the theme of the story was teamwork.

We went into the project with the intention of showcasing seven women working together and how much they were able to accomplish as a band of women. The biggest challenge was trying include too many people and too much story for this format.

Our original manuscript featured all six ENIAC women plus Grace Hopper, who joined the group later.

When we realized we were having trouble getting the story to come together we reached out to Kathi Appelt, our mentor from Vermont College, and asked her to what to do.

She immediately said, “Focus on one thing, and it seems to me that the ENIAC is where the heart of your story really is.” Thank you, Kathi!

We chose to focus on ENIAC with Betty, Jean and Kay because their personal innovations- sort/merge, reducing memory and stored program- made computers what they are today.

What was the timeline between spark and publication of Instructions Not Included?

Debbie: This is such a great question because it made us go back and reminisce. On Oct. 21, 2015, I sent Tami an email asking her to collaborate on my manuscript about Grace Hopper. She had been thinking about doing a book about the ENIAC women.

I just found the email she sent back, and it says “This sounds great to me! Not to sound woo woo about it, but I had a dream about us working on this together last night. It seemed so real- with actual text from the book.” It was fun to reread those emails.

Publication of Instructions Not Included was Oct. 8, 2019. Spark to publication was four years almost to the day!

Are you working on other projects together?

Debbie and Tami: Yes, we have a second book slated for 2020, also with Disney Hyperion. The title is Perkin’s Purple: How a Boy Created Color with Chemistry, illustrated by Francesca Sanna, (Disney-Hyperion, Fall 2020). It is the story of a young chemist in the 1850s, a time when chemistry was akin to alchemy.

William Henry Perkin was testing his hypothesis about a cure for malaria and while his experiment did not result in a cure, it did result in a method to make synthetic purple.

Perkin is considered the pioneer of the modern scientific method, made numerous advances possible, including canned food and chemotherapy. It was his creation of purple that started it all.

And we hope to continue writing many more books together. 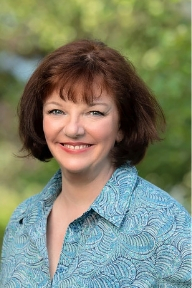 Tami Lewis Brown has written picture books, biographies and novels for children. She holds an MFA in Writing for Children from Vermont College of Fine Arts where she has been a member of the Board of Trustees for more than a decade.

After leaving a career as a trial lawyer she became the writer-in-residence and librarian at The Sheridan School in Washington, D.C. She now writes books for young people full time.

In 2019, Tami published We Really Do Care, illustrated by Tania De Regil (Philomel, 2019), a picture book about compassion, empathy and the value of even the smallest act of kindness, and Instructions Not Included, illustrated by Chelsea Beck (Disney/Hyperion, 2019), a picture book biography of three women, Betty Snyder, Jean Jennings, and Kay McNulty who programmed one of the world’s first computers and made innovations we still use today.

Her upcoming books include Perkin’s Purple (Disney/Hyperion, 2020) the story of the boy who revolutionized chemistry with the first artificial dyes and Art Is Life (illustrated by Keith Negley, FSG Books for Young Readers, 2020) a biography of Pop artist Keith Haring.

Tami grew up in Kentucky and attended Smith College in Northampton, Massachusetts. Now she lives in one of the oldest houses in Washington, D.C. and on the banks of Lake Champlain in northern Vermont. 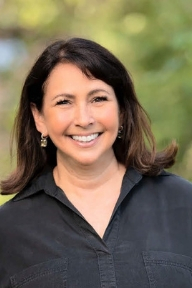 She graduated from the University of Texas at Austin with a degree in Computer Science and worked in the computer industry at Hewlett Packard for 20 years, specializing in databases and data mining.

She also holds an MFA in Writing for Children and Young Adults from Vermont College of Fine Arts. Debbie was a regional advisor for SCBWI Austin and a board member for the Writers’ League of Texas. She lives in Austin with her family.