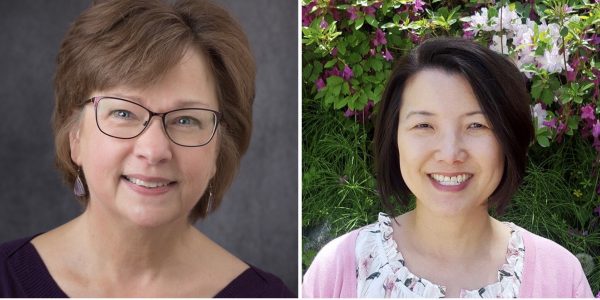 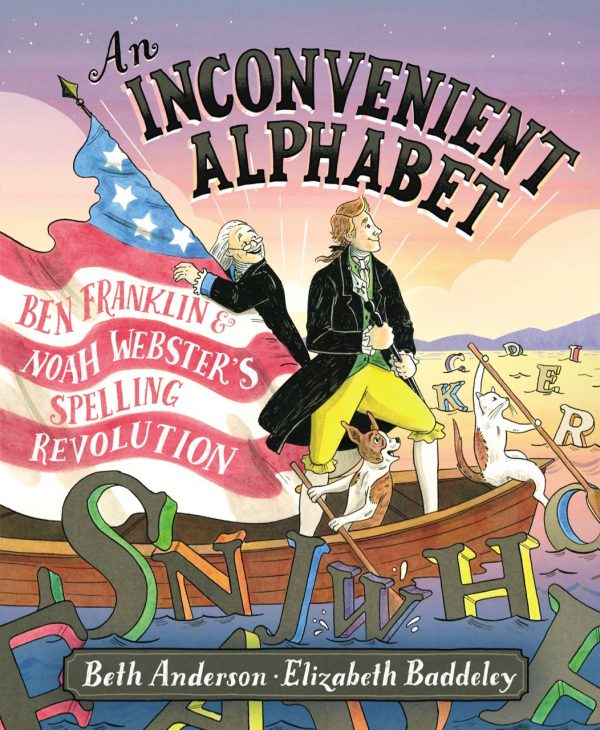 I enjoyed learning how Franklin and Webster grappled with the way many English words are written is not the way we hear them or expect to write them.

Kirkus Reviews even got in on the fun in their review of her book: “Deelytful and iloominaating for noo and seesuned reeders alyk.”

Writing for children was an idea that lived in my head for a very long time. I made a few feeble attempts when my children were young, but in pre-internet times, information on the industry was hard to come by.

Later, as an English as a Second Language teacher, most of my lessons sprang from children’s books, and I learned to appreciate literature on many more levels.

But the greatest moments were always when the power of story came alive, and students were deeply absorbed, emotionally moved, questioning, opening their minds, and learning about fascinating historical events.

When I retired and the kids asked me what I was going to do, I dared to speak the words out loud: “I’d love to write children’s books.” Their faces lit up. That moment stuck in my mind.

How can I urge them to go after their dreams if I don’t? So I did … and here I am. It was the kids.

How did you take your writing from a beginner level to publishable?

You’d think that after using children’s literature all those years and teaching writing to students, writing children’s books would be easy. Not so! I had a good base, but there was a lot to learn.

I researched the industry and stumbled upon a few people who set me on my way. My advice is to join SCBWI, go to local meetings, get into critique groups, join Facebook writing groups, read professional books, take classes, and read piles and piles of children’s books.

By far the most valuable tool for learning is to write, get feedback, and revise, revise, revise. But self-reflection is also important to recognize your needs and adjust course.

After a few years, I settled into my niche and learned that, instead of generating many manuscripts to meet a number goal, I was better off taking fewer pieces deeper into the process. I changed how I spent my “professional development” dollars, seeking out editor critiques and more intensive writing workshops, webinars, and opportunities.

As with most things in life, it’s about putting in your 10,000 hours and doubling down on the commitment. 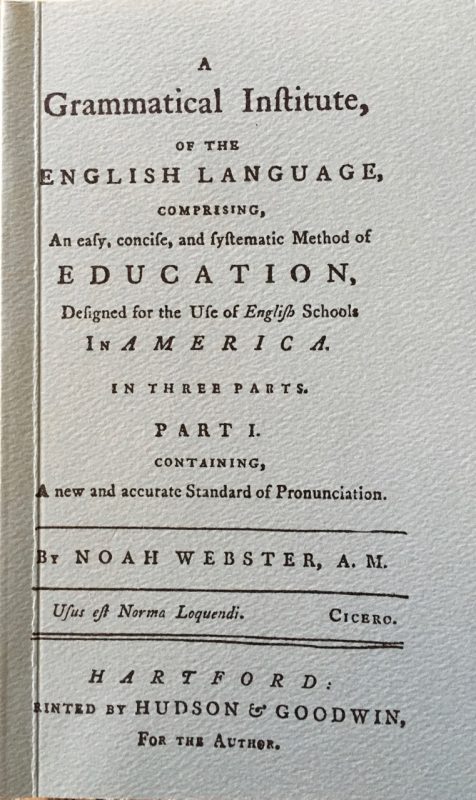 My inspiration for this book was my own kids, my grandkids, and all the students who came through my classroom – and everyone who has tried to read or “sound out” the English language.

When I learned that Ben Franklin had created a new alphabet in an attempt to make reading and writing English eezeeyer, I was hooked. Just one problem, it failed.

But . . . he met Noah Webster who was trying to make English pronunciation easier, and they teamed up.

Even better! After many years of deciphering “invented spelling,” I knew Franklin was right when he said, “Those people spell best who do not know how to spell.”

And I wanted kids to know they were thinking like Ben and Noah!

Any challenges as you crafted their story?

As with any historical research, some key elements have been lost to time, but the main challenge was that the manuscript had to relay information about spelling and pronunciation.

It was pretty clear also that pronunciation in the late 1700s was different than it is now, so Ben’s “new and improved” spelling would be difficult for kids today to decipher.

These concepts required many revisions as I tried different approaches. I ended up with some illustration notes on what we needed to show.

So…much of this challenge was left to the illustrator. Elizabeth Baddeley did an amazing job, showing some of the concepts overtly and some more stealthily in the art with all kinds of fun details. 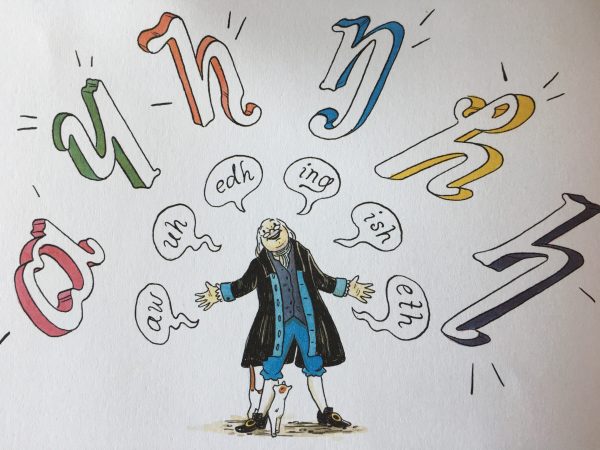 When I first read Rice from Heaven: The Secret Mission to Feed North Koreans, written by Tina Cho and illustrated by Keum Jin Song (Little Bee, 2018), I knew that I needed to know more about Tina and how she came to write this important story. 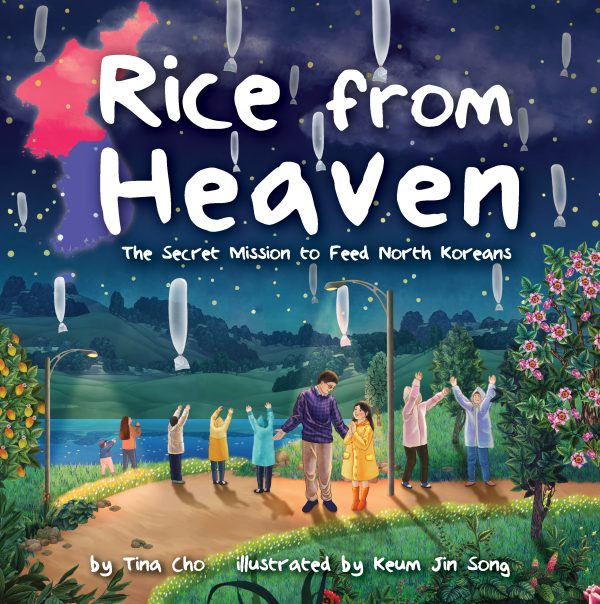 Tell us what inspired you to write Rice From Heaven?

After moving to South Korea in 2010, I was intrigued at church when I heard about people helping North Korean refugees. So I started reading news articles about North Korea.

In May 2016, I went with a co-teacher and her family to help a church with North Korean refugee congregants send rice balloons over the border to North Korea. While participating, I knew I wanted to write about this mission.

What challenges did you encounter bringing the text to life?

After my agent Adria Goetz sent Rice from Heaven to the first batch of editors, we heard back from a couple of editors who rejected it. They liked the concept, but I had too much information in the writing, an infodump if you please. Ouch!

Adria asked me to try making it lyrical. I didn’t know how to write a lyrical picture book. I researched online and found many mentor texts. Being in South Korea makes it hard to access good English picture books, especially mentor texts I’m looking for. But after reading blogs, listening to lyrical stories on You Tube, and typing out the texts, I finally understood. I revised, adding maybe too many poetic devices.

I’m very thankful for my critique groups. One in particular critiqued this story multiple times in the week even. With all their help, I succeeded. I had made a “dreamy, lyrical” picture book that my agent loved. She sent it out, and that same day an editor took it to acquisitions. The editor made an offer three days later, and we accepted.

The worst moment I feel is reading the rejection letters. But pain is sometimes necessary to inflict change. Because the editors were honest in their feedback, I was able to write a much better lyrical text.

The best moments of this journey were many: snagging my agent initially with the first draft, then receiving the offer from the editor, signing the contract in the presence of my agent at a writing conference, receiving the F&Gs (folded and gathered galley print) in the mail, and holding the final book in my hand.

But since the book came out, I gave a copy to the North Korean pastor who led the rice balloon event and also shared my story, inciting compassion, with lots of boys and girls around the world. That has been most wonderful!

If you’re just beginning as a writer, join the Society of Children’s Book Writers & Illustrators (SCBWI). It’s an organization dedicated to helping writers and illustrators. Read children’s books, especially the ones similar to what you want to write. Join critique groups locally and online. They will help you grow in the craft of writing. Join kidlit Facebook groups.

Writing might feel solitary, but there’s a whole tribe of writers out there with similar situations just waiting to encourage and help you. Take writing classes—you’ll always pick up a tip or two.

As an elementary teacher, I feel like I know what kinds of stories kids enjoy and the reading levels to use. I also have a good hand on what books teachers use for the standards they teach.

As an author, it has helped me teach the subject of writing much better to my students. I’m able to show them my published examples (such as work-for-hire stories in magazines) and tell them of my upcoming books. I’m modeling what I’m telling them to do. 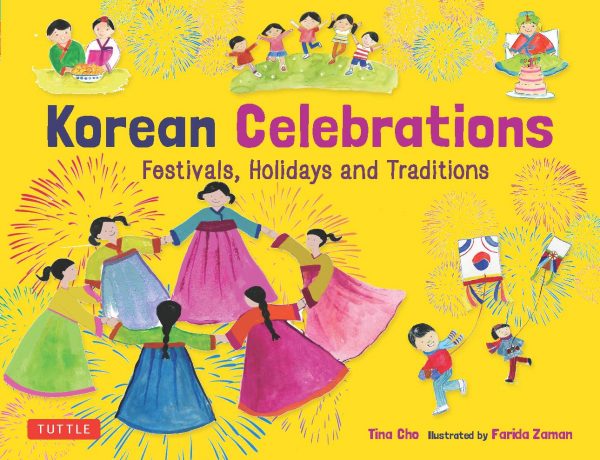 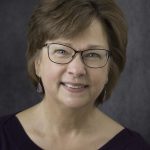 Beth Anderson, a former teacher, loves digging into history and culture for undiscovered gems, exploring points of view, and playing with words. She is drawn to stories that open minds, touch hearts, and inspire questions.

Born and raised in Illinois, she now lives in Loveland, Colorado. 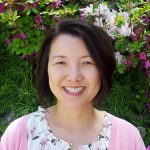 Although she grew up and taught in the United States, Tina currently lives in South Korea with her husband and two children while teaching at an international school.