Ann Durell (McCrory) “was a distinguished editor and publisher of children’s books and a Vice President of E.P. Dutton until her retirement in 1987.”

She died in her Manhattan home on May 6 at age 87.

She began her career in children’s literature by reviewing books for the Junior Literary Guild (now the Junior Library Guild) while still a student at Mount Holyoke College.

After graduation, she joined a Doubleday training program and worked as a bookseller before being hired as a secretary for Margaret Lesser, Doubleday’s children’s editor.

Durell took a class in writing for children from Phyllis Whitney at New York University and wrote a novel, Holly River Secret (Doubleday, 1956).

A few years later, she became editor of the Junior Library Guild. She told Publishers Weekly the job provided “a bird’s-eye view of the whole range of children’s publishing.”

In 1961, Durell joined the editing team at Holt before moving to Dutton in 1969. Her authors there received numerous awards, including Newbery and Caldecott medals. 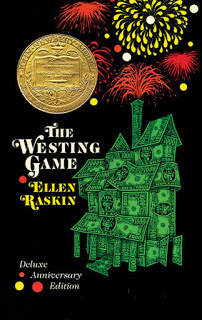 The Cooperative Children’s Book Center (CCBC) offers an audio recording of Ellen Raskin’s talk about writing and how Durell’s suggestion prompted her to become a novelist. (It also began with lunch.) Peek:

“I had done about 12 picture books when Ann Durell…took me to lunch and said she would like me to do a book for Dutton. Now I had done some books for Ann before, illustrated books for other authors.”

Raskin was writing picture books for Anthenum at the time and told Durell she wanted to continue doing that.

“And I of course said, ‘I’m an illustrator’ and she said, figuring that everyone has one book in her, ‘Well, why don’t you write about your childhood in Milwaukee during the Depression….'”

She sat down to do that and wrote and wrote out came The Mysterious Disappearance of Leon (I Mean Noel) (Dutton, 1971).

In Judy Blume by Elisa Ludwig and Dennis Abrams (Chelsea House, 2013), they quote Blume recalling how Durell’s guidance led to Tales of a Fourth Grade Nothing (Dutton, 1972):

“…my first agent submitted the story to Ann Durell…Ann invited me to lunch. I was so nervous I could hardly eat but she was so warm and friendly…Ann liked my story but she suggested, instead of a picture book, I consider writing a longer book about the Hatcher family…”

In her 1978 Newbery acceptance speech for Bridge to Terabithia (Crowell, 1977), Katherine Paterson said she was seated with Durell at a Children’s Book Guild of Washington, D.C. luncheon. Those at the table started talking about their children and she shared that her young son’s best friend had died after being struck by lightening and her family was still grieving. Peek:

“No one interrupted me, but when I finally shut up, Ann Durell said very gently, ‘I know this sounds just like an editor, but you should write that story. Of course,’ she said, ‘the child can’t die by lightning. No editor would ever believe that.’”

Durell also edited The Chronicles of Prydain Series (Dutton, 1964) by Lloyd Alexander. In this trailer for a documentary on the author, Durell talks about her first impression of the manuscript.