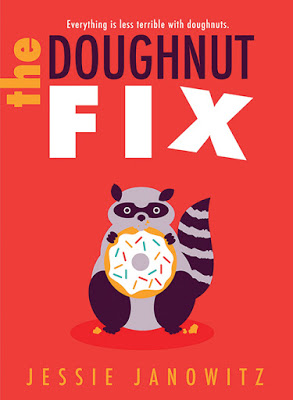 Jessie Janowitz is the debut author of The Doughnut Fix (Sourcebooks, April 2018). From the promotional copy:

Tristan isn’t Gifted or Talented like his sister Jeanine, and he’s always been okay with that because he can make a perfect chocolate chip cookie and he lives in the greatest city in the world.


But his life takes a turn for the worse when his parents decide to move to middle-of-nowhere Petersville–a town with one street and no restaurants. It’s like suddenly they’re supposed to be this other family, one that can survive without bagels and movie theaters.


His suspicions about his new town are confirmed when he’s tricked into believing the local general store has life-changing, chocolate cream doughnuts, when in fact the owner hasn’t made them in years.


And so begins the only thing that could make life in Petersville worth living: getting the recipe, making the doughnuts, and bringing them back to the town through his very own doughnut stand.


But Tristan will soon discover that when starting a business, it helps to be both Gifted and Talented, and it’s possible he’s bitten off more than he can chew…


As an admitted doughnut lover, I was very excited to interview Jessie about her writing journey and this delicious middle grade novel.

The Doughnut Fix was inspired by a sign. It’s in the window of a small market in a very small town I drive through all the time.

It always made me laugh and wonder what the story behind it might be. There was something about the store, one that had seen better days, that made me suspect that it didn’t actually have chocolate cream doughnuts, which made the sign so much better, not as a potential doughnut source, of course, but as story material.

I was off and running… 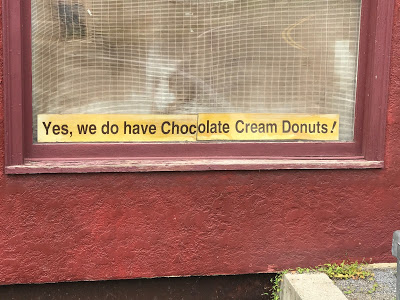 I joined SCBWI! I went to two winter and two summer conferences and participated in the Round Tables where I received feedback on first pages. I did manuscript and query critiques.

And finally, when I felt I had a fully revised, finished manuscript, I participated in the amazing Rutgers University Council on Children’s Literature (“RUCCL”) One-on-One Conference which pairs you with an agent, editor, or author for feedback on first pages, synopsis, and query letter.

Unlike SCBWI conferences, the sole purpose of the RUCCL conference is to help aspiring authors get published.

As a result, the application is fairly extensive (cover letter, excerpt, synopsis), and only ninety applicants are selected.

I was fortunate enough to be accepted on my first try and was paired with a junior agent from New Leaf Literary. The conference does not guarantee that your mentor will be looking for the kind of project you’ve submitted, and in my case, my mentor did not represent middle grade.

However, she did pass my query along to another agent at New Leaf who did, and she requested a full manuscript.
In November of 2015, after incorporating the feedback from the RUCCL conference, I began querying in earnest.

I’d send out five queries at a time and kept a spreadsheet cataloguing when the email was sent, the specific agent’s response policy, and the response I received. After receiving similar feedback from multiple agents, I revised both the manuscript and my query letter.

Two valuable tools in my search for an agent were Publishers Marketplace (“PM”) and the #MSWishlist.

#MSWishlist allowed me to identify agents who were looking for the kind of story I was writing. Ultimately, the agent who offered me representation was one I identified through PM.

Though you must pay to use PM, I would argue that it’s worth the subscription fee because you can see all the books than an agent has sold, so you really get a sense for the kinds of books and writers that interest him or her. You also have access to data on how actively an agent is selling, for example, how many books he or she has sold in the past twelve months, in what categories and genres, and to which editors.

In total, I sent queries to thirteen agents. I sent my initial query to my agent, Carrie Hannigan at Hannigan Salky Getzler Agency, in December of 2015 and received a reply with a request for a full manuscript on April 29, 2016!

I am not, by nature, a patient person. Querying taught me patience. Carrie offered me representation a week after I sent her the manuscript. We submitted it to editors in June and had an offer for The Doughnut Fix and a sequel in October. 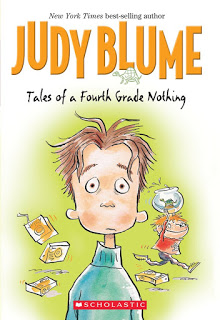 To answer that, I read the book myself and listened to the audiobook along with my kids more times than I can count. There are so many marvelous things about the book, but for me, the element that really draws kids in is the voice.

The narrator Peter has a great sense of humor, but it’s not just that, it’s his humor combined with something else, something unexpected: vulnerability.

In only the second paragraph, Peter admits to the reader that he “felt bad” that he didn’t get a goldfish like the other kids at the party. It is this honest, confessional quality that makes kids feel like a friend is telling them deep, dark secrets. It’s the combination of humor and vulnerability that is the voice’s secret sauce.

In experimenting with humorous voices, I had learned that they can sometimes veer into sarcasm or snark, thereby alienating readers, but what I learned from Tales of a Fourth Grade Nothing was that endowing a humorous voice with vulnerability allows the character to be more relatable.

I realized that if you could get that balance just right, the middle grade reader would follow your narrator anywhere.

I wrote an “apprentice novel.” It is very long and deeply flawed. It isn’t sure what genre it is, and not in an intentional how-cool-is-that, genre-bending way. It is simply confused, because I was.

There is magic in the story, but the rules of that magic are unclear. My characters are in their heads too much. The plot is predictable. The personal stakes feel manufactured.

One might argue that this project was an expensive “mistake,” writing multiple drafts of a three-hundred-page novel that simply sits on my hard drive. Couldn’t I have just read a craft book? Couldn’t I have taken classes and solicited feedback?

I did, and I do, but I could have read every craft book there is and had Pulitzer Prize-winning mentors, I was never going to learn to write a novel without just doing it. I cherish that unpublished book and all the mistakes in it for all they taught me.

I think I could have improved (and could continue to improve!) my writing faster by doing less wordsmithing and more writing. Polishing is what I do when I’m chickening out on the hard stuff.


As an MFA in Writing student, how did that experience impact your literary journey? 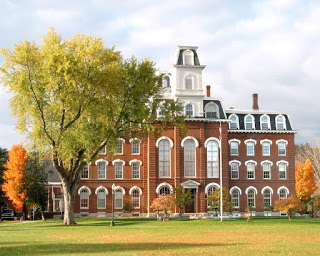 As a current MFA student in the Writing for Children and Young Adults program at Vermont College of Fine Arts, I am grateful for a space that encourages me to take risks and try new things. I have found incredible mentors and peers who have pushed my writing to the next level and have offered invaluable guidance on both craft and career.

In addition, the program provides structure and community in a profession where those can be hard to come by. Writing can feel incredibly isolating, and when that writing is not going well, that isolation can be hard to bear.

VCFA is, and will remain long after I graduate, my antidote both to that isolation and to figuring out how to push through the rough patches.

Kirkus Reviews wrote, “Tristan is a charmer; he’s earnest, loving, wistful, and practical, and he narrates his own tale without guile.”


Jessie Janowitz fell in love with the French language (and French pastry) in high school. When she went to Princeton, she majored in comparative literature because it allowed her to study French and all the other things she was interested in, including creative writing.

She has taught in a French public high school for cooking and restaurant service, worked with translations rights for a publishing house and studied law.

She is currently a student in the Writing for Children and Young Adults MFA program at Vermont College of Fine Arts.