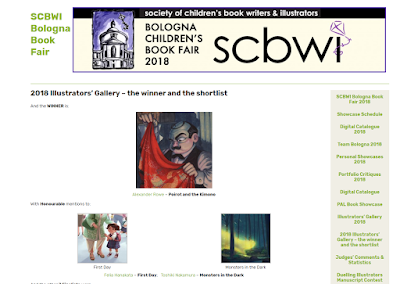 Cecilia Yung: For the earlier editing process, it is a more left-brain objective analytical process. For me, before it is anything else, an illustration must be good art. It should be a compelling image with dynamic composition and a striking palette that shows a command of the technique and the medium.

Susan Eaddy: The first thing I looked for was narrative. Even if the illustration style was not one that appealed innately to me, I narrowed the images down to telling a story first.

David Liew: I’m somewhat between Cecilia and Susan. I was looking for artwork that engaged me both aesthetically and drew me into the narrative. But it was not a zero-sum game as there were entries which had a very strong narrative element despite the style not being the first criteria for my selection.

How did you go about narrowing down the shortlist of twenty-five illustrations to ten finalists then to two honor prizes, and finally one winner? How daunting of a task is this?

Cecilia: Once I get past the basic skills, I look for narrative art: “who, when, how, what, why.”
Distinct characters, specific settings, clear but nuanced expressions and body language transform good art into good storytelling.

Since we are dealing with children’s picture books, I also look for an image that reflects the illustrator’s understanding of children, our target audience.

For the top score, it is a more right-brain intuitive process.

I look for masterful storytelling: an illustration that comes to life and effectively conveys the mood and emotion of the scene.

I look for the “secret ingredient”—the voice, the special sensibility that is easy to spot but hard to define—magic, humor, drama, excitement or whatever it is that elicit a powerful response in the reader.

I scored based on my own objective/subjective response to the artwork. (I gave top scores to three illustrations!)

I did not select illustrations based on the categories of shortlist, honors or winners. The entries were labelled by number, so I did not vote by gender, nationality or ethnicity. My votes were then tallied with those of the other judges, so the final result was more mathematical than philosophical.

Susan: After I had honed the list down by narrative, I moved on to character and setting.

After that I could enjoy the craft; marvel at the medium, the lighting, composition, perspective & palette.

The final key ingredient was the emotion evoked. Whether the illustrator chose to concentrate on humor, tenderness, confusion, fear… whatever emotion it was… If the illustrator got the point across and made me feel what the character was feeling, that brought it all the way up to the top score if all of the other things were in place.

David: I took a slightly different path from my fellow judges here.

In effect, I applied somewhat the same approach I did for the shortlisting. The work had to be a good balance of the various elements that come together to make an effective book illustration.

Each entry was assessed independent of the others for their own merits. What was different from the first round was that more than two passes were made of all the entries in order to ensure internal consistency before I turned to the final pass – the somewhat abstract “X” factor that distinguishes the great from the good, and the excellent from the great.

As an art director, asking for revisions is an important part of your job. Did you imagine a tweak or two that might have made an illustration prize-worthy but without, didn’t land on your list?

Cecilia: Illustration is communication. Even with the most beautiful artwork, clarity is often the issue.

I sometimes have trouble with the legibility of an image, and understanding the focus, the intent or the mood of a scene.

What are some common errors illustrators make that diminish their chances in a contest like this? 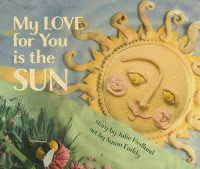 Susan: I saw many pieces that were beautifully executed, had dramatic lighting and/or dramatic composition.

However, I was sorry to see that these were often only a single image, maybe even cropped from a larger illustration for dramatic effect. And without the rest of the story, they fell into the middle of the road group, because there was no clear narrative.

They would make beautiful portfolio pieces,because of the larger context. But with only one piece to judge, it had to have it all; clear narrative, characters, setting and beautiful execution.

Cecilia: It is important to take into consideration that you are represented by only one image, and that this contest is specifically for children’s picture book illustration.

That means the one piece you choose must be extremely strong, but it also needs to be much more than a pretty picture.

An image would have a better chance if it is more active and narrative (not abstract or contemplative), and reflects a child’s world and their perspective.

And to stand out, the image should showcase the specific skills and strengths for visual storytelling. For me, any weak link in the “who, when, how, what, why” spectrum would diminish the chances.

Did you consult with the other judges while making your decisions? How did the three of you arrive at a consensus?

Cecilia: No, we are a geographically diverse group. The “consensus” was not a result of meetings or discussions but a purely democratic vote.

Susan: No, we were each on our own. That worked well, I think. We were able to take our time to really scrutinize on our own schedule and go back again and again to rethink our decisions. After that it became a purely mathematical equation in the tally.

David: Not at all. Other than saying hi to each other online and the occasional technical question, we worked independently.

As an illustrator, how did you feel in the role of a judge? Did you learn anything that you’ll apply in your own work in the future?

Susan: I found the process to be fascinating.

I was thrilled to see the quality of work from illustrators all over the world. Even when the subject matter was the same, (as in an obvious prompt) the solutions and approaches were unique.

I was inspired, and it really drove home those basic principles to me.

Story Telling, character, setting, composition, lighting, palette, execution, emotion… In order to be competitive in this world-wide arena all of those things need to be in place.

David: It was both exhilarating and challenging for me.

It was almost overwhelming to see this constellation of talent, and the corresponding galaxy of styles and treatments.

It was challenging in that in many ways, I was also the peer of the participants.

As an illustrator who’s a firm believer in life-long learning, this role gave me an opportunity to reaffirm aspects of my own professional practice, as well as to see new, fresh ways to approach things that I can adopt to build on my craft.

How does entering this contest benefit an illustrator?

Susan: I think this competition is especially valuable.

The fact that it is put on by the SCBWI lets you know that it is fairly judged and that you have the opportunity to challenge yourself in a world-wide arena!

I think you have to challenge yourself constantly and do things that scare you, like entering this competition. Just the act of trying forces you to “up your game.” And if you don’t win… fine… see who did… learn what they did right and apply it to yourself next time.

David: Besides the chance to have your work seen on the international stage, it’s a good reminder to us to review and reflect upon our practice.

You look at your body of work and have to ask yourself – which should I submit and why? I’m happy with all my work but I can only send one – what do I want the world to see as the showcase of who I am as an artist?

A total of 391 entries were received for the Bologna Illustrators Gallery from 17 countries. See the 25 illustrations picked for the shortlist and read a Cynsations interview with the winners. 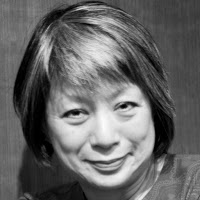 She is fortunate to have worked with some of the major illustrators of children’s books, but the highlight of her work is to discover and develop new talent.

She is on the Board of Advisors of SCBWI, as well as a member of its Illustrators’ Committee. 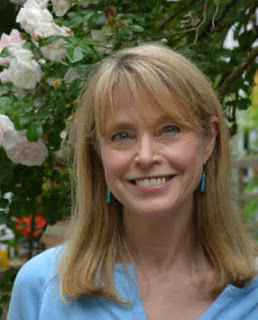 She was an Art Director for 15 years, and has won international 3D illustration awards and a Grammy nomination. Her clay-illustrated books include Papa Fish’s Lullaby by Patricia Hubbell (Northword Press, 2007), My Love for You is the Sun, by Julie Hedlund (Little Bahalia Publishing, 2014) and three First Looks at Vehicles published with the Smithsonian Institution.

She is the author of Poppy’s Best Paper and Poppy’s Best Babies, illustrated by Rosalinde Bonnet, (Charlesbridge, 2018) and Eenie Meenie Halloweenie –illustrated by Lucy Fleming (Harper Collins-2020) She loves to travel and has used the opportunity to do school visits all over, including Taiwan, Brazil, Hong Kong and the US.

She lives in Nashville, Tennessee and is the Regional Advisor for the Midsouth SCBWI.

David Liew is a Singapore-based illustrator. A former junior college tutor and polytechnic lecturer, he has been described by founding members of the local Maker movement as being a bit of a polyglot. 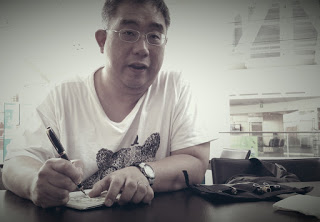 Besides illustrating for both middle grade readers and picture books, he’s also a model-maker, occasional animator and a sculptor focusing on upcycled art from found objects.

Dana Carey is an author/illustrator. She is the International Illustrator Coordinator for SCBWI and the Assistant Regional Advisor for SCBWI France. 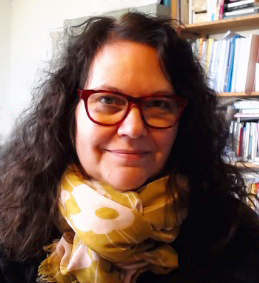 She earned a degree in Fine Arts and Graphic Design and later, a teaching certificate. Now she teaches English to adults and university students.

Between classes, Dana dedicates as much time as possible to writing and illustrating. She also writes reader reports for international acquisitions for French publishers.

Dana interviews illustrators for a monthly blogpost called The Postcard Post for the Sub It Club, a support group for authors and illustrators. See her illustration portfolio.