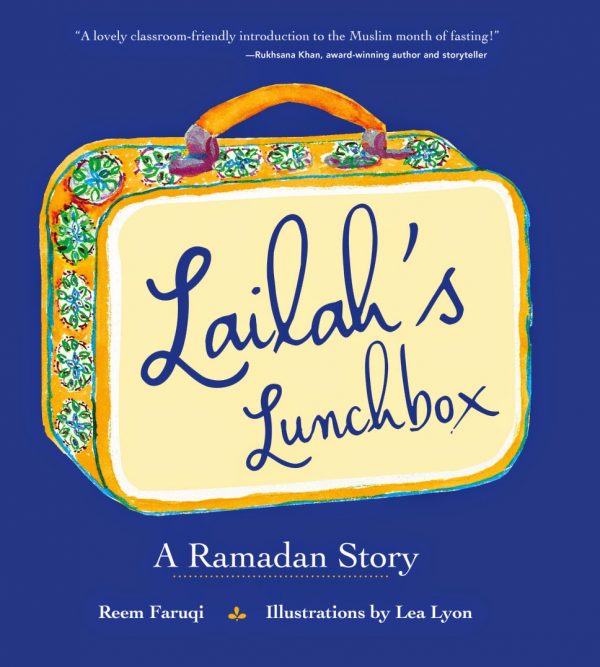 Reem Faruqi is the first-time author of Lailah’s Lunchbox, illustrated by Lea Lyon (Tilbury House, 2015). From the promotional copy:


Lailah is in a new school in a new country, thousands of miles from her old home, and missing her old friends.

When Ramadan begins, she is excited that she is finally old enough to participate in the fasting but worried that her classmates won’t understand why she doesn’t join them in the lunchroom.

Lailah solves her problem with help from the school librarian and her teacher and in doing so learns that she can make new friends who respect her beliefs.

Trying to write and mothering young children can be very tricky! I have a two-year-old and four-year-old and have learned that you get better at working through interruptions. When I’m writing, I’m usually receiving interruptions from my children to take them to the bathroom, for another snack … the list goes on! 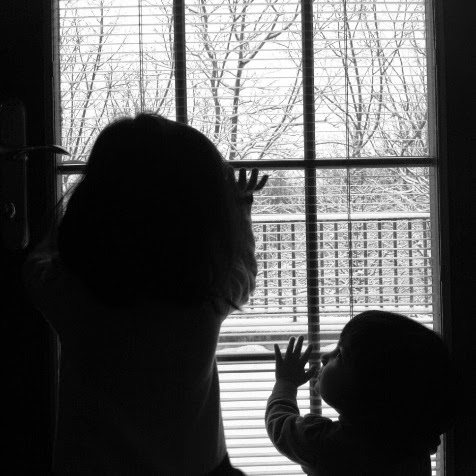 When my four-year-old is at school, I have my interruptions cut in half with just my two-year-old’s needs. That’s when I feel I get the most writing done.

I do try to write sometimes at night when the children are asleep and find it semi-successful. I find I work best during daylight. I love natural light and find it conducive to working and getting my ideas flowing.

At night, it is easy to feel tired after a busy day!

When I quit teaching to stay home with my children, I wrote a lot of children’s manuscripts when my first child was a baby. She slept a lot during the day so I enjoyed getting that time to write.

Those stories didn’t make it in the publishing world, but through them I now found a stronger voice that works for me.

I do think it’s important though to rest when your children are resting as that time is precious and when your mind is rested, it is easier to write. Sometimes whole stories will pop in my head when I am doing something random like getting my children ready for bed. It’s as if I can visualize the story, the words, the illustrations, but sometimes when I sit down at the computer, it is frustrating when that story disappears! But if it’s a good story, I believe it will resurface.

The title for my story, Lailah’s Lunchbox, popped into my head when I was cooking: I thought it would be fun to write a Ramadan story about a child who “forgot” their lunchbox every day during Ramadan. I wrote the title on a sticky note and put it away for some time before coming back to it.

For those trying to write and raise children, I would tell them there is no such thing as having it all! You may have a great manuscript you’re working on but you will be eating left-overs for dinner for the third day in a row and children that need a bath! Or you may be itching to write a story, but find yourself caught up in bathing children, cooking food, laundry, dropping and picking up children from school, etc!

Something has got to give way when you write. Sometimes I may be caught up in a story and look around at my house and children and think What Happened?!

At those times, find reassurance in your words that you have just worked on and know that because of entropy, your house will continue to keep getting dirty. Putting your words out there takes work and in due time your work will pay off!

I got a flurry of emails until the “Yes” email!

I made a list of six agents and six publishers to send Lailah’s Lunchbox to. I mailed the manuscripts on May 30 and tried to distract myself with other things. On June 16, I received an email with the subject ‘Your Manuscript’ in my inbox. That was enough to make my insides leap!

The email was from Fran Hodgkins, the Director of Editorial Design at Tilbury House, saying I had sent my manuscript to their old mailing address and that it had been re-routed to their new address.

Fran said she enjoyed reading it and was sharing it with the co-publishers, Jon Eaton and Tris Coburn, as well as Audrey Maynard, the editor. She went on to say my story was a unique take on Ramadan and she was glad I thought of it. She wanted to know if I had received a response from any other publishers as yet.

I wrote back saying I hadn’t heard a response yet and then went on to forward the email to my aunt who was the person who had encouraged me to send in Lailah’s Lunchbox. She was just as excited as I was!

I checked my email a lot that week but no response. A week later I followed up with Fran asking if she had any response from her co-publishers to which she responded that they were meeting the next day to discuss my story.

I didn’t hear anything from them the next two days. Then on June 24, Tilbury House Publishers followed me on Twitter (@ReemFaruqi). At this point, I started to get more hopeful.

I couldn’t wait anymore so emailed Fran to see if there was any updated to which I got the yes email on June 26:

I was going to wait and have our children’s book editor call you, but I’ll take this opportunity to say that we really like your manuscript and would like to publish it.


I’m CCing Audrey on this email, as she is the one who’ll be working with you closely and our publisher, Tris Coburn, will be in touch to talk terms.


If that all sounds good to you, let me know….

I then took the next 20 minutes to celebrate. I couldn’t believe that I finally got a Yes! 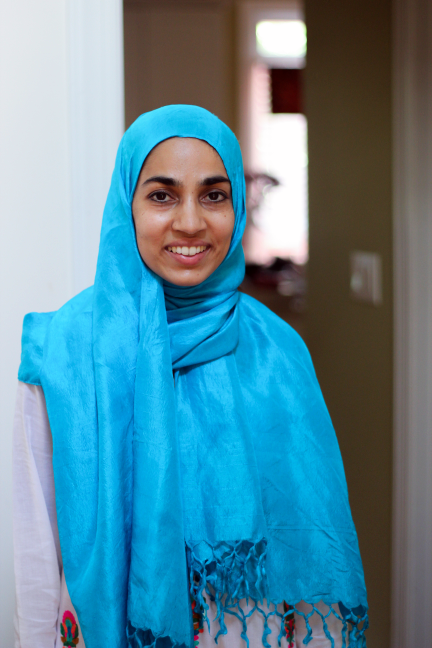 So I just jumped around for a minute before calling my aunt who was just as excited as I was, and then my mother who knew when I told her to “Guess What?” that I’d gotten a book deal offer!
I wanted to email Fran back with a hundred exclamation marks saying:

But once I’d composed myself, I wrote:


Thanks for the quick reply. I couldn’t wait long enough for the editor to call me. Yes, this sounds amazing and I so excited!

Within the next few days, I spoke with the publisher Mr. Tris Coburn and Ms. Audrey Maynard, the children’s book editor. It felt surreal to be talking to people whose names I had admired.

That night I went over to my mother’s house and we had a cozy family dinner to celebrate!