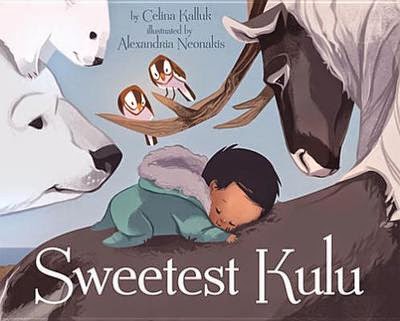 Sweetest Kulu by Celina Kalluck, illustrated by Alexandria Neonakis (Inhabit Media): a recommendation by Debbie Reese from American Indians in Children’s Literature. Peek: “Kalluk’s words and Neonakis’s art work beautifully together as we learn Inuit values in which people and animals coexist as caretakers of the land.” See also Throat Singing in the Arctic and Debbie’s recommendation of Arigon Starr’s Super Indian.

All Hail Dilemmas: Why Your Characters Need to Make Tough Choices by Jan O’Hara from Writer Unboxed. Peek: “…within the limits of their world view, whenever a character is pushed out of a state of equilibrium by forces of antagonism, they will always elect to take the smallest step that can return them to balance.”

We Need Diversity in Aging, Also by Lindsey McDivett from A is for Aging. Peek: “The forgetful grandpa, the beloved grandma who dies, the grumpy old man in need of childish cheering, the sad and lonely old woman down the block—they tug at our heartstrings. More than likely that’s the reason so many of these characters live in books for kids. But they don’t truly represent the diversity of people over the age of 65.”

Developing Thematic Ideas in Your Fiction by Jack Smith from Elizabeth Spann Craig. Peek: “…there are several thematic techniques that can work seamlessly with story. You don’t have to trowel on ideas like icing on the cake.” 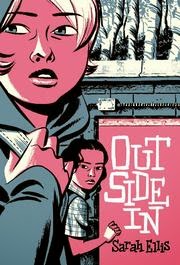 Interview with Sarah Ellis on Outside In (Groundwood) by Adi Rule from WCYA The Launch Pad at VCFA. Peek: “The sparks that ignited this book were two big questions about the way we live. Why are we so busy, and why are we so afraid? What if we weren’t?”

Rejection is a Pathway, Not a Dead End by Deborah Underwood from The Writing Barn. Peek: “When I read over some of my early picture book manuscripts, wow am I glad they’re not out there in the world with my name on them. Because they’re not very good. One has no plot. One has seven main characters.”

When Your Publisher Merges by Sarah Pinneo from QueryTracker Blog. Peek: “…take a deep breath. Don’t call your editor in a panic. She’s probably having a really stressful day.”

Talents & Skills Thesaurus Entry by Becca Puglisi from Writers Helping Writers. Peek: “While luck or terror may inadvertently enable a person to escape a serious situation, training is definitely an asset for someone who wants to effectively defend him/herself.”

Does My Mental Illness Mean Writing Is a Bad Idea? from Deborah Halverson at Dear Editor. Peek: “…self-doubt nags every writer. I do get that it’s particularly imposing for you, though, as I’ve worked with writers suffering mental illnesses and they share their ups and downs with me. Notice I said ‘ups.'”

Lee & Low New Voices Writing Contest: “now open for submissions!” Peek: “Now in its fourteenth year, the New Voices Award was one of the first (and remains one of the only) writing contests specifically designed to help authors of color break into publishing, an industry in which they are still dramatically underrepresented.”

How to Panel Like a Lit Champ by Cecil Castellucci from The Crush Library. Peek: “Authors, do your moderator a favor and have a short bio readily available on your website. One that actually talks about the highlights of your career (and not about your dog or how much you like pie.)”

2014 Notable Social Studies Trade Books from Mitali Perkins at Mitali’s Fire Escape. Peek: “…evaluated and selected by a Book Review Committee appointed by the National Council for the Social Studies (NCSS) and assembled in cooperation with the Children’s Book Council (CBC). They were written for children in grades K-12, published in 2013, and meet the following criteria…” See also Mitali on Three Novels to Help Us Remember Our Nigerian Girls.

Author John Green Has a Good Read on Teens, Tech by Gwenda Bond from the L.A. Times. Peek: “Having so many young people in the Nerdfighter community since the beginning has been really important, because they’ve pushed Hank and me to think harder about what are the most efficient ways to decrease what they call ‘world suck.'” See also Extra, Extra: Some John Green Interview Outtakes from Gwenda Bond.

Do Men Receive Bigger Book Advances Than Women? We Crunched the Numbers. by Jan Friedman from Scratch. Peek: “Be a woman writing YA fiction to sell your next book for a large advance.”

Activities for Children’s Book Week in Australia (Aug. 16 to Aug. 22) by Susan Stephenson from The Book Chook. The theme this year is “Connecting to Reading.”

Checklist: Eight Steps to Creating a Diverse Book Collection from Lee & Low. Peek: “…building a diverse book collection requires contemplation, research, and awareness. But the rewards are great: a truly diverse collection of books can turn children into lifelong readers and promote empathy, understanding, and self-confidence.”

Via “Talkin’ to…” with Alan Sitomer: 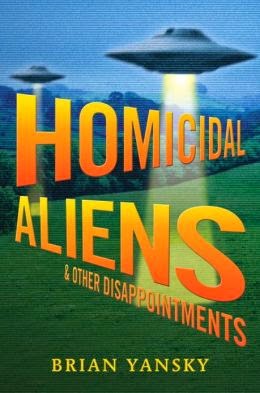 See also a giveaway of a signed copy of an ARC of Forbidden by Kimberley Griffiths Little (Harper) from Adventures in YA Writing.

The winner of A Bird on Water Street by Elizabeth Dulemba (Little Pickle) was Heidi in Utah.

The winners of Feral Nights by Cynthia Leitich Smith (Candlewick) were Janet in Arizona, Jill in Florida, Marjorie in Texas, Victoria in Ohio and the winners of Feral Curse by Cynthia Leitich Smith (Candlewick) were Deena in New York, Kelly in Ontario, Vonna in Texas, and Mark in Utah. The Feral Nights bookmarks package winner was Marla in New York. 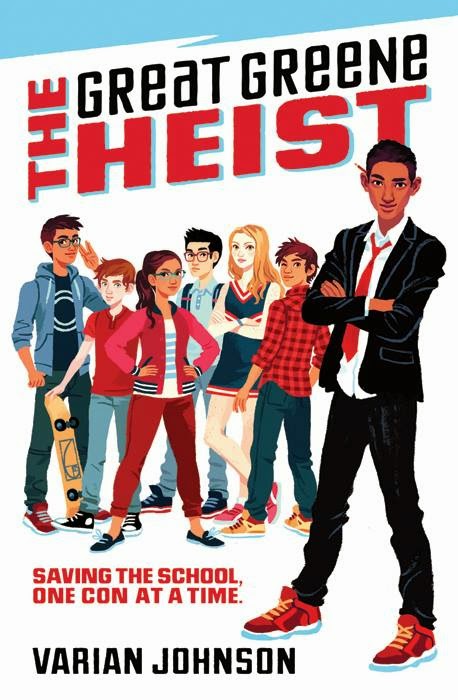 Reminder! For every copy of The Great Greene Heist (Scholastic, 2014) purchased before or during the first week of sales (next week!), author Varian Johnson will donate $1.50 to Girlstart, a nonprofit focused on increasing girl engagement in Science, Technology, Engineering, and Math. Note: please signal boost! 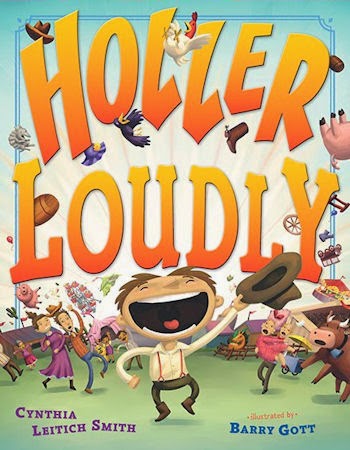 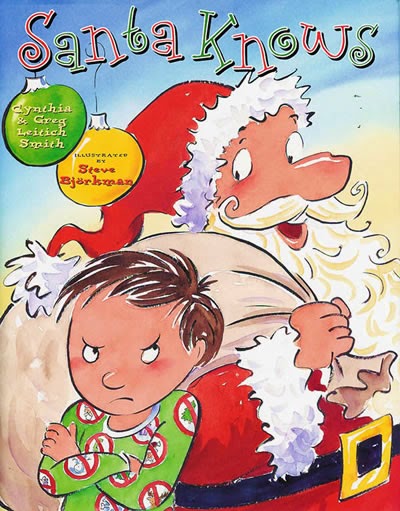 Exciting news! The rights to two of my picture books, Holler Loudly, illustrated by Barry Gott, and Santa Knows, co-authored by Greg Leitich Smith and illustrated by Steve Bjorkman (both originally Dutton) have been acquired by Into Print Publishing and will be available again later this year! Watch Cynsations for details!

What else? I had a great time this week reading a revision of “Chronal Engine: Borrowed Time” by Greg Leitich Smith, which will be published by Clarion/Houghton Mifflin Harcourt in 2015! If you haven’t already, be sure to check out the already-published companion book Chronal Engine.

I can’t share them yet, but my genius Candlewick editor did send me a sneak peek of the cover and front matter for Feral Pride (2015)(Book 3 in the Feral trilogy). I’m hopeful that readers, especially Austinites, will be wowed.

I haven’t had the honor yet of meeting newcomer and soon-to-debut YA author Chandler Baker, but she’s here, too! I look forward to seeing her soon!

Beyond that, I continued working on my second speech for Writing and Illustrating for Young Readers in Sandy, Utah.

And I saw “Godzilla”—ROAR! Which, in turn, made me ponder this: Godzilla’s Godzilla Problem: It’s Not the Screen Time; It’s the Focus.

My link of the week, though, is Why Write for Children? from Marion Dane Bauer. Peek: “…artists of every stripe are dependent on something as easily defined as energy to fuel their work, and for me—as, probably for all of us who choose to write for a young audience—that source of energy lies in my own formative years.” A close second? How Awesomely Awesome We Are by John Vorhaus from Writer Unboxed. Go ahead, read it! Need another shot of happy? Try this!

Congratulations to fellow Austin author Cynthia Levinson on the sale of a middle-grade biography of Hillary Rodham Clinton to Kristin Daly Rens at Balzer + Bray (winter 2016)!

Congratulations to fellow Austin author Mari Mancusi on the release of The Camelot Code in paperback! 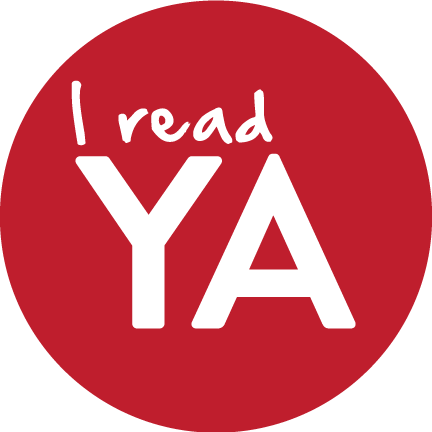