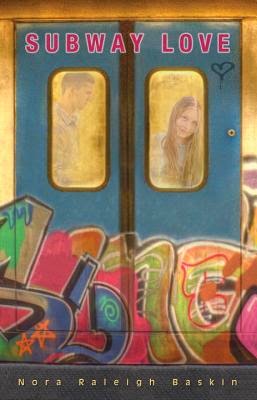 Subway Love (Candlewick, 2014) is my tenth novel for young readers, my third YA, but it is my very first true magical realism.

It is also my first New York City setting. I was born in New York City, in Brooklyn, and although we moved when I was seven, I still would travel back and forth to visit my grandparents in Manhattan for many years.

The sights, sounds and smells of New York were very real to me and were easy for me to access as the setting of this book.

My familial experiences with the grown-ups in my life behaving poorly, sometimes dangerously, is also very real. In that way, not only was the physical setting easy to replicate, but the time travel piece was also very easy to create.

In a way, time travel is really no different than jumping from memory to story, from fact to fiction, from historic to contemporary. It is the allegorical bridge between reality and imagination, and by using actual autobiographical material it is something I’ve done in all my novels, whether the reader was aware of it or not.

The magic of time travel, for me, was simply the “magic” of creation, of writing, of story telling, of expression, of self-exploration, of literature itself. Time travel in this book is a literary device (magical realism) rather than a genre device (fantasy).

In Subway Love, Laura and Jonas can only see each other while on the train and on the train is where they fall in love. In this book, more than any of my others, setting itself propels the story forward, both literally and figuratively.

The New York subways of the early 70s (that I remember) were filled with graffiti, top to bottom, inside and out. It was the pinnacle of underground visual hip hop artistry. Famous “writers’ were making a name for themselves tagging trains all over the city and much of it was captured by well known photographers like Martha Cooper and Henry Chalfant. 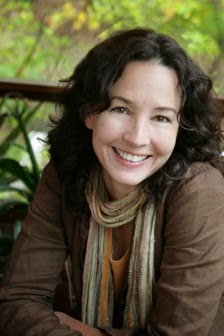 But the New York of 2013, in which Jonas lives (and, of course, I also know), graffiti has been nearly eradicated due to changes in the laws as well as innovations in the material used to construct the subway cars. So this strange and wildly colorful train is the first thing Jonas notices. Then he sees Laura. And his life is never the same. Jonas quickly figures out that following the graffiti-covered subway train is the only the way he can find Laura.

But as I was writing, not only was the New York City underground subway system important as a setting (I went on a wonderful information-gathering trip with my friend, Susan, to the Transit Museum in Brooklyn), but the art itself came to life, literally, in the form of the character Max Lowenbein a.k.a. Spike. Spike is an amalgam of many of the well-known “writers” from that era, their lives, their experiences, the creative techniques they developed for their use of spray paint.

Like Max ”Spike” Lowenbein , I am a writer; the writer of this story. When it goes out into the world, speeding by on a subway car or the pages of a book, I can only hope (as does Max) that my words, my feelings, my memories and expression, will be read, seen, heard–and maybe, just maybe felt–by a stranger, by someone I don’t know, by chance. And in that act of reading, that creation, mine creation, will be brought to life again, for a fleeting moment.

A reincarnation of sorts, just like the love between Jonas and Laura that can’t exist but also can’t not continue to exist–because it is Beshert–destined, soul mates fated to be together, if not in this time, then in another.