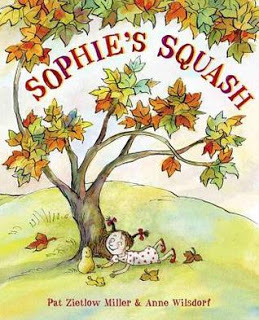 Pat Zietlow Miller is the first-time author of Sophie’s Squash, illustrated by Anne Wilsdorf (Schwartz & Wade, 2013). From the promotional copy:

On a trip to the farmers’ market with her parents, Sophie chooses a squash, but instead of letting her mom cook it, she names it Bernice.

From then on, Sophie brings Bernice everywhere, despite her parents’ gentle warnings that Bernice will begin to rot.


As winter nears, Sophie does start to notice changes…. What’s a girl to do when the squash she loves is in trouble?


With absolutely delightful text by Pat Zietlow Miller and downright hilarious illustrations from Anne Wilsdorf, Sophie’s Squash will be a fresh addition to any collection of autumn books.

Sophie’s Squash was inspired by two adorable things my youngest daughter did when she was quite small. So my challenge was to take those two true memories and add enough fictional material to turn the story into a book with an actual plot that was worth reading.

Because by themselves, the memories were sweet, but they were definitely not a story. Here’s how it all went down.

Memory one: I was grocery shopping with my daughter, Sonia. She was small enough where she could still sit in the front basket of the cart, and she often chose items from the main portion of the cart to hold.

When we got to the checkout line, I busily unloaded our purchases onto the conveyor belt. But I couldn’t find the butternut squash I was sure I had put in the cart. I turned around to look again and Sonia was holding it like a baby. She held it all the way home, drew a face on it and treated it like a doll until I sneaked it out of her room many days later because I was afraid it would rot. (I did take a photo for posterity first.)

Memory two: A year or so later, our cat, Lucy, passed away. We planted a tree and sprinkled her ashes around its roots. When we finished, Sonia looked at me with hopeful eyes and said, “Now, will a new kitty grow?”

My first attempt at the story focused on the first memory with my main character, Sophie, falling in love with a squash and her parents’ unsuccessful attempts to direct her affection to something more enduring.

That version got a few positive editorial comments, but it wasn’t until I added elements of my second memory – death and the hope that things we love might return to us somehow – that the story really took flight.
In the end, it was focusing on the feelings my two Sonia memories inspired rather than exactly what she did and said that led to Sophie’s Squash coming together as a viable book. 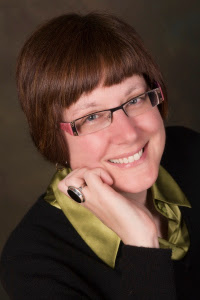 I learned to write picture books because I started out knowing I didn’t know how.

I’d written a lot in my life, working as a newspaper reporter and columnist, a magazine editor and a corporate communicator. But I knew picture books had a style and structure all their own.

So, I read. I brought piles of picture books home from the library and spent weekends reading them and analyzing them. Once I found an author I especially liked, I read everything he or she had written and tried to figure out why it worked. I still do this.

My natural strengths were that I’d always had a bit of a way with words and a very strong appreciation for language and the feelings it can evoke. And, no matter what format I’m writing for, I am a stickler for tight, vivid writing.

My other natural strength was that I didn’t go in thinking writing a winner of a picture book would be easy. I was always looking to learn from other writers and apply those lessons to my writing. All that takes time, and I was definitely willing to put the time in.

My greatest challenge is probably plot. In the nonfiction writing I’d done before, I was quoting people and writing about something that had actually happened.

In fiction, you make up what happens, and it generally follows a story arc. Learning the basic story arc (initial incident, rising action, climax, falling action, dénouement) was easy enough, but adding in the items to make the story compelling – so the reader cares what happens to the characters and wants to keep turning the pages – took lots of redrafting and rewriting. Usually, just when you think you have it, you realize you don’t.

Anyhow, I’m very glad that Sophie’s Squash got to where it needed to be and is now a real book in real bookstores and on real library shelves.

Pat Zietlow on If I Were a “Glee” Librarian from Read, Write, Repeat. Peek: “Below are the books I’d give each character if I were a “Glee” librarian. Each title is a link to a post about why this book is just right for that particular person.”