The 90-Second Newbery Film Festival is an annual video contest in which kid filmmakers create movies that tell the entire story of a Newbery award-winning book in 90 seconds or less.

We’ve received hundreds of entries from all over the world, in a
dizzying variety of styles — from a shadow-puppet version of Grace
Lin’s 2010 Honor Book Where The Mountain Meets the Moon (view) to a full-scale musical of William Pene du Bois’ 1948 Medal Winner The Twenty-One Balloons (view)


Bookie Woogie: Where the Mountain Meets the Moon from Z-Dad on Vimeo.

Here’s a recap of this year’s screening in New York, co-hosted by me and Jon Scieszka, with special guests Newbery winners Kate DiCamillo (The Tale of Despereaux), Rita Williams-Garcia (One Crazy Summer), and Margi Preus (Heart of a Samurai), as well as Dan Yaccarino and Brian Floca. Worth checking out if you want to see Jon Scieszka sing, or arm-wrestle with Kate DiCamillo…

Here’s a recap of this year’s screening in Chicago, co-hosted by me and Blue Balliett (Chasing Vermeer). Here you
can see the questions and answers of our audience participatory game
show, “The Dark Side of the Newbery,” in which unsavory truths of
Newbery winners come to light . . .

The film festival typically screens for free at the main branch of the city’s public library. We’ve had sold-out shows right from the start, with crowds of hundreds turning out, including the young filmmakers themselves — who in some cases, get to meet in person the author who wrote the book they filmed!

Here are some of the standouts of this year’s films. Must be
seen to be believed! Feel free to embed or link to these if you want: 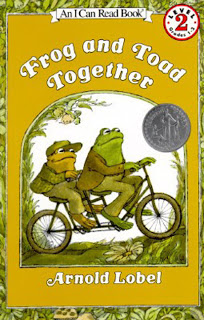 The 90-Second Newbery Film Festival is founded and organized by James Kennedy, author of the YA fantasy The Order of Odd-Fish.

One thought on “Guest Post: James Kennedy on the 90-Second Newbery Film Festival”