Think of the worst rejection letter you’ve ever received, or perhaps the worst journal review. Add some ridicule. Multiply it by several years. That will give you an idea of how the art establishment treated Henri Rousseau.

It looks like he closed his eyes and painted with his feet.

If you want to have a good laugh this year, go see the paintings by Henri Rousseau.

The artist is the subject of my latest picture book biography, The Fantastic Jungles of Henri Rousseau (Eerdmans, 2012).

Rejection was only one of many obstacles Rousseau had to overcome on his creative journey. Yet he persevered, received the critical–if not financial–rewards he deserved, and became one of the most beloved painters in history. How did he manage? Could his experience offer lessons to struggling writers? Here are some suggestions:

1. Make the most of your time and resources. If you can’t take a class, teach yourself by emulating others, and by studying models.

Rousseau took up painting in middle age, while working as a toll collector in Paris. On his days off, he studied pictures at the Louvre. He learned anatomy by copying drawings in magazines and visiting the Natural History Museum and the Botanical Gardens.

2. Don’t be rattled by rejection.

Rousseau was unfazed by the critics, who scorned his work from the start. He pasted clippings of his reviews in a scrapbook, and continued to display his pictures at exhibitions, year after year.

On a shoestring budget, Rousseau threw big parties for his friends and neighbors, where he staged plays he’d written and performed on his violin. He was inspired by his many excursions throughout the city.

Rousseau’s acquaintances included Pablo Picasso, Guillaume Apollinaire and other artists and intellectuals (faithfully depicted by Amanda Hall in our book). These members of the avant garde helped open the eyes of the critics to his talents.


5. Believe in your fabulous self and write wildly.

Rousseau developed his own dreamy surreal style. His jungle fantasies were flatter, bolder, and weirder than classical paintings of the day.

I can tell you from experience that these strategies help. A few years ago, job and family obligations, plus a long dry spell of rejection, threatened to crush my creative ego. I nurtured and indulged it by taking outings and getting support from other authors. I taught myself technique by reading all kinds of literature-not just children’s books- which emboldened me to take risks with my writing.

There were still crummy days when, in the words of Joyce Carol Oates, my soul felt thin as a playing card, but I hung in, and things got better.

If you’re having tough times, embrace the struggle. Many famous artists have soldiered on through the darkest hour, and so can you. Think of the young people who may read your story at a time when they need it the most. In the name of art, love and beauty, find a way to keep writing. 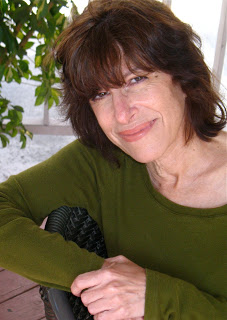 Michelle Markel was born and raised in Los Angeles. She first dabbled in poetry and creative nonfiction while a student in a fifth grade gifted classroom. After pursuing degrees in French literature at U,S.C (BA) and U.C.L.A. (MA), she went on to study journalism (BA, California State University, Northridge) and worked as a free lance writer.

When her two daughters were young, Michelle started writing for children. She’s the author of both fiction and informational picture books, including Tyrannosaurus Math (A Cooperative Childrens Choice selection), Dreamer from the Village (A Notable Trade Book in Social Studies), and The Fantastic Jungles of Henri Rousseau, which has received starred reviews from Publishers Weekly and School Library Journal. Her upcoming title is Brave Girl: Clara and the Shirtwaist Makers’ Strike of 1909 (Balzer & Bray, 2013).

Michelle is an instructor in UCLA Extension’s Writers Program. She lives in West Hills, California, twenty miles west of the Pacific Ocean, where she often longs to be.