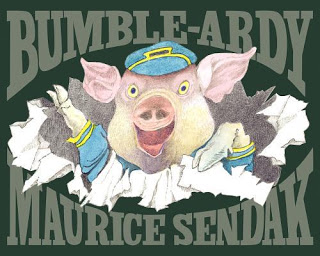 My deepest sympathies to Maurice Sendak’s many colleagues, friends, and fans in the world of children’s literature.

I’ve gathered the following links and video in memory of his life and legendary body of work.

Maurice Sendak, Author of Splendid Nightmares, Dies at 83 by Margalit Fox from The New York Times. Peek: “Maurice Sendak, widely considered the most important children’s book artist of the 20th century, who wrenched the picture book out of the safe, sanitized world of the nursery and plunged it into the dark, terrifying and hauntingly beautiful recesses of the human psyche, died on Tuesday in Danbury, Conn.”

Maurice Sendak Dies, Author and Illustrator Wrote about Children’s Survival by Becky Krystal from The Washington Post. Peek: “President Bill Clinton presented him with the National Medal of Arts in 1996, saying, ‘His books have helped children to explore and resolve their feelings of anger, boredom, fear, frustration and jealousy.'”

Why Picture Books Are Important by Cynthia Leitich Smith from Picture Book Month. Peek: “One of my earliest summer memories is of sitting on the carpeted floor of a bookstore and pouring over Where the Wild Things Are by Maurice Sendak (1963).”

My Friend Maurice by Roger Sutton from The Horn Book. Peek: “…a grownup still obdurately tied to childhood, making him frequently impossible but also possessed with the honesty and passion of kids who haven’t yet learned to moderate or disguise their feelings.”

Maurice Sendak: The King of All Wild Things by Gregory Maguire from CNN. Peek:

“By now, Sendak is finding his dinner waiting for him.
“And it is still hot.”

In the video below, Maurice Sendak discusses death (and life). Watch and listen.

2 thoughts on “In Memory: Maurice Sendak”