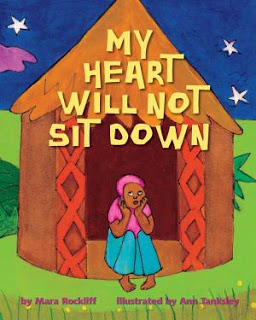 How long should a picture book be?

Ten years ago, the answer was “under a thousand words.” Since then, the recommended length has shrunk to 750, then 500, then “as short as you can possibly make it—or shorter.”

Recently a post on the Verla Kay children’s writers and illustrators chatboard reported that one agent, speaking at a conference, said she hadn’t sold a picture book of more than 600 words in the past three years.

I’ve never sold a picture book under 600 words. My shortest picture book, The Busiest Street in Town (Knopf, 2009), is 619. My Heart Will Not Sit Down (Knopf, 2012) weighs in at a hefty 975. And I just signed a contract with Candlewick for a picture book manuscript of 1,450 words (including notes and sidebars).

If you’re writing a longer picture book, here’s what you need to know: 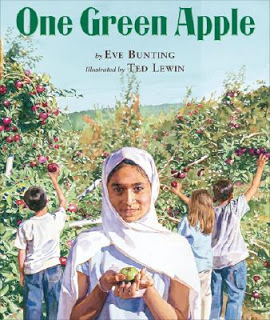 1. Longer picture books are for older kids. Think ages 5 to 8. Characters tend to be older and have more sophisticated concerns. Eve Bunting’s One Green Apple (Clarion, 2006)(958 words) is a good example. The main character is at least nine or ten, and she is worried about fitting in to her new school, where the children dress differently from her and speak a different language.

If your story is about a mischievous kitten who won’t go to bed, your audience is younger—and probably your story should be shorter.

Check out Michael Kaplan’s Betty Bunny Loves Chocolate Cake (Dial, 2011)(1075 words). It’s long, but it doesn’t feel long. In fact, the text and illustrations are so lively that little kids also love this book—but only older kids (and grownups) really get the jokes.

3. Longer picture books still need to be great read-alouds. Yes, older kids know how to read. But there’s a good chance their teachers will read aloud your picture book in class, especially if it’s nonfiction or fiction that ties in to the curriculum. So it’s still important to think about sound and rhythm as you write. 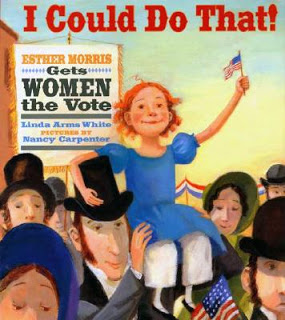 Linda Arms White’s I Could Do That! Esther Morris Gets Women the Vote (FSG, 2005)(1460 words) is a terrific read-aloud. Without being babyish, the story uses rhythm and repetition (“I could do that!” Esther always says—and does!) to bring a piece of American history to life.

As with any format, the best way to get a feeling for how longer picture books are written is to read as many as you can. A few more suggestions:

Still worried that your book is running long? Consider pulling out some of the content for sidebars or an author’s note.

Also, remember that the illustrations tell the story too. Once those are done, you may find you’re able to trim.

With that in mind, write on…and on!

Mara Rockliff‘s most recent picture book is My Heart Will Not Sit Down, which Booklist calls “a terrific choice for cross-curricular sharing and discussion.”

She is also the author of Get Real: What Kind of World Are You Buying? (Running Press Teens) and the humorous chapter book series The Milo & Jazz Mysteries, which she writes under the pen name Lewis B. Montgomery.

The Work of a Community: Mara Rockliff Interview from Literary Friendships. Peek: “I think writing picture books is a little like building a cathedral. My name is on the front, and so is William’s. But really it’s the work of a community—writer, illustrator, agent, editor, designer, and other people I will never even meet—all collaborating to create something that none of us could have managed alone.”