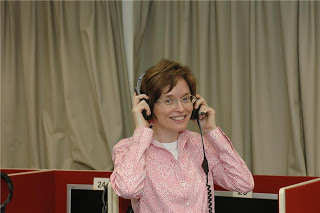 As the International Regional Advisor Chair of SCBWI, what initiatives has you seen blossom over the years outside of the U.S.?

Erzsi Deak started up international regions and became the SCBWI International Regional Advisor Chair (IRAC) in the early part of the last decade. She invited me to become a Regional Advisor for Taiwan in 2001. I later became her International Assistant Advisor (AIA) in 2005 and took over the role of IRAC in 2008 (and the fabulous Angela Cerrito is now the AIA).

Erzsi was instrumental in envisioning the role SCBWI should have in
Bologna at the Book Fair and we’ve tried to continue to achieve her
vision to expand SCBWI’s presence at Bologna.

I’ve also worked to expand SCBWI International’s reach by co-sponsoring the Asian Festival of Children’s Content, which is held in Singapore every May. This conference is a magnet for writers and illustrators in the greater Asian region.

In addition, we have approximately two dozen international regions holding great events around the world: the U.K., Australia & New Zealand, Tokyo, Hong Kong, the Philippines, Canada East and Canada West, France, Germany, Malaysia, Israel — the list goes on and on.

You often go to the different events SCBWI organizes: New York, LA and Bologna. What do you think is the flavor of each of the events?

Since 2008, SCBWI International has organized a showcase for P.A.L. members at the Bologna Children’s Book Fair every two years. Conferences were also organized at Bologna between 2004 and 2010, but this was dropped in 2012 due to the desire to focus solely on providing a space for authors and illustrators to showcase their works at the Bologna Fair.

Thus, Bologna differs markedly from the New York and L.A. conferences, where the focus is on attending workshops and improving one’s craft. At Bologna, there are no workshops — the focus is on highlighting publications from a region or from P.A.L. members and, thus, is a way for our P.A.L. members to promote themselves. You can check out www.scbwibologna.org for more info.

Taking into consideration your own multicultural background into account, what impact do you think bilingual books have on children, including third-culture kids?

Bilingual books let children know that language is not an either/or proposition. It validates their own experiences as bilingual speakers, and lets them know that it’s normal and fun to use two languages. Also, seeing the languages contrasted side by side in a book allows them to see both the similarities and differences between languages, which is an important step in their cognitive development.

In your recent publication of bilingual books, Ears Hear and Numbers Do (both Sun Ya Press, 2012), what did you find most challenging?

These are texts for the very young, so we wanted to tell the story in as few words as possible to encourage multiple readings, as it is through multiple readings that a child’s linguistic competence is developed as the brain scaffolds information from a previous reading onto the following reading.

It was a challenge to get the words to flow smoothly in both languages and at the same time to attain a heartfelt ending.

In an interview with RTHK, you recommended reading Celine by Brock Cole (FSG) and also mentioned that one of your favorite books is Then There Were Five by Elizabeth Enright (Square Fish). Both books are young adult books, coming of age books. This is also true of your own work, “Life Saving Secrets,” nominated for the SCBWI Sue Alexander Most Promising New Work Award in 2005. Do you have a special place for them in your heart? Why?

Celine is a brilliant novel that has so many levels to it — on the surface it is the story of two children who feel abandoned by the adults in their lives, but at the same time, it is a story of hope and a story of love, even though that love is imperfect and never right and never enough — it’s still there. 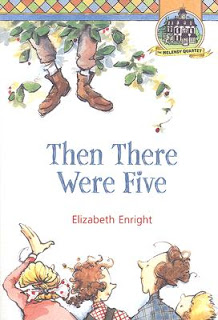 Then There Were Five looked at from the lenses of “today may seem to good to be true” — the five siblings are much nicer to each other than any sibling set I’ve ever seen, but at the same time, they still upset each other. They still are insensitive to each other’s feelings and needs.

So you have to ask yourself: if even these kids hurt each other’s feelings, it’s no wonder I’m so upset by my own brother/sister, etc.

Both books really tap into the emotional lives of their characters, and that’s what makes them so real for their readers.

On a personal note, how do you do it all – from being a linguistics professor, having a family with two growing boys, writing creatively and being part of SCBWI? Do you go without sleep?

I think there are a couple things to keep in mind — the first is that I have had different priorities at different stages in my life. So in my twenties, my priority was my academic research, and in my thirties, my priority was raising my two children. Of course, I kept working and enjoyed my teaching and research greatly, but during that period of my life, if I had to choose between meeting the needs of my children and meeting my own professional needs, I put the children first.

Now, I’m in my 40s and my children are older so I have more time to devote to writing. And as regards the commitment SCBWI, I’ve never felt that it’s a strain because it’s a volunteer organization and everyone is willing to pitch in and also support each other. So, for example, if I can’t manage to attend a conference, other RAs understand and help out.

However, keep in mind that the above story this is a sanitized, retrospective version of events — it wasn’t as neat as the story I laid out above. I actually started writing when I was pregnant with my first child and wrote throughout my thirties. It’s just that now, in my forties, I’m paying more attention to my writing and to my goals related to writing. It’s moving up in priority in my life.

In addition, the second really important thing to keep in mind is that I’ve asked for and received a lot of help along the way. One of the best pieces of advice I got when I was in grad school came from a senior academic who reminded us that it was important to remember that our time is valuable. Thus, it was worthwhile to our careers to find someone to handle the chores that we didn’t want to do ourselves.

May I ask what are you working on now?

I am currently working on two YA manuscripts: “Lifesaving Secrets” and “Virtual Love.”

“Lifesaving” Secrets is about a teen who has to decide between the perfect guy and the half-sister she hates. This manuscript was previously nominated for the Sue Alexander Most Promising New Work Award, and it also received the Runner-Up Award for a SCBWI WIP Grant for a Contemporary Novel.

“Virtual Love” is about a teen girl geek who wouldn’t know true love if it hit her over the head, even though she spends all her time writing programs to create virtual relationships.

Then, the weekend a major computer program is due, three possible boyfriends present themselves and she has to quickly separate virtual love from the real thing.

Kathleen Ahrens is
Professor and Head of the Language Center at Hong Kong Baptist University. She received her Ph.D. in linguistics from the University of California, San Diego
and has published extensively in academic journals on issues surrounding
meaning and metaphor. She is also a writer and translator of children’s
books. She serves on the board of the Society of Children’s Book Writers and Illustrators as the International Regional Advisor
Chairperson.

She has been invited to talk in Taiwan,
Italy, Germany, and Hong Kong on topics relating to language in
publishing in the Chinese children’s book market, children’s picture
books, picture book evaluation, and the creation of literature for
children, and she recently served as a judge for the Fengzikai Picture
Book Award for picture books published in Chinese. She has two
co-authored picture books, titled Numbers Do and Ears Hear! coming out
in 2012 from Sun Ya Press. 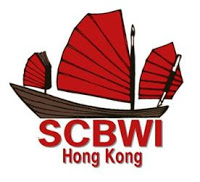 Resham Premchand is a keen life-long student of literature
and enjoys playing with words. She is an active member of Hong Kong and
Singapore SCWBI groups and enjoys learning from critique groups. Resham
is primary school teacher and loves working with children!

Special thanks to Angela Cerrito for coordinating this series with SCBWI Bologna and Cynsations.