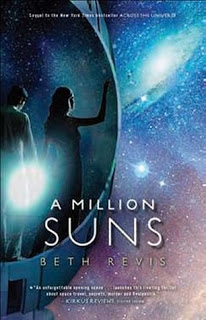 Beth Revis is the author of the New York Times Bestselling Across the Universe series, published by Razorbill/Penguin in the U.S. and available in 17 countries.

The first book in the trilogy, Across the Universe, is a “cunningly executed thriller,” according to Booklist, and the second book, A Million Suns, was hailed by the LA Times as “a fast-paced, action-packed follow-up.”

The final book of the trilogy, Shades of Earth, will be released in early 2013.

A former teacher, Beth lives in rural North Carolina with her husband and dog. Her goals include traveling around the world in 80 days, exploring the moon, and finding Narnia.

Wow! As a debut YA author, you burst onto the scene like a supernova! Critically acclaimed, a bestseller, an international sensation. What moments stand out most in your memory and why?

I thought when I got published, everything would be different. Shiny and glamorous! But the truth of the matter is, everything’s still pretty much the same as it’s always been. When I found out I hit the New York Times list for the first time, I was sitting at my kitchen table paying my electric bill!

I suppose the biggest stand out–or at least the moment I will never forget–was finding out about the book deal in the first place. After my agent told me the book sold, I got so excited that I gave myself stress-induced gastroenteritis and spent the night in the hospital, throwing up!

Yikes! What did it take to get you there? Could you share with us the timeline and highlights of your path to publication? 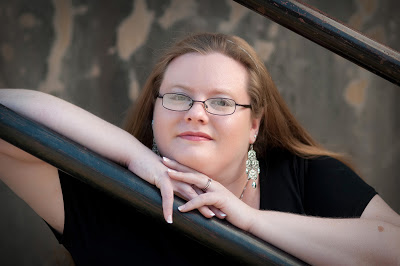 My journey to publication was so long that Bilbo Baggins could have gone there and back again five times. I wrote my first novel in college…and it was terrible.

I wrote ten more novels, over the course of ten years. A decade. A decade, during which time I gathered up nearly a thousand rejections from agents and publishers.

I was definitely at the point of giving up, but decided to try one last time, with one last story. That story was Across the Universe, and it changed everything.

What did you learn from your debut year that you’d like to pass on to the new voices of 2012?

Don’t worry about doing everything. You can’t do everything. It all seems so important to answer every interview, do every giveaway, but it’ll be okay if you don’t. Focus on what you enjoy doing. And make some author friends! They’ll talk you down after you read your first negative review…and all the ones after that. 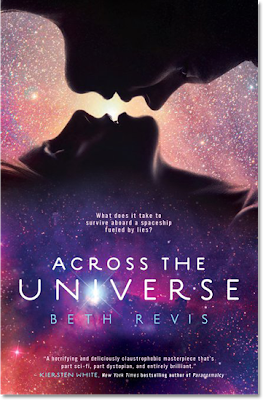 Congratulations on your new release! For many writers, the “dreaded sophomore novel” is the toughest. Was that your experience? Or was it smooth sailing?

Smooth sailing! Ha! I think I’m doomed to an interesting life, as the old Irish proverb would say.

I wrote my first draft of A Million Suns and it was…terrible. Fortunately, my beta readers let me know this, so I rewrote the book before submitting it to my editor.

Long story short: I wrote the book four times before it was good enough!

What advice do you have for beginning writers with a passion for science fiction?

Explore what you like. I felt grossly under-qualified to write sci fi because my sci fi novel was very short on the science department. I wanted space, but I also wanted romance and mystery and death and tragedy and more. So I wrote the story I wanted, leaving out the parts I didn’t, and it worked.

You don’t have to write a certain way to fit a certain genre. Instead of being your style for the genre, bend the genre toward your style.

You also write short stories! How does writing in short form nurture you as a novelist?

I sincerely think that it’s typically much easier to write a novel than a story. At least, many of my short stories have turned into novels! But the thing about a short story is, you need all the elements of a novel, but a tiny portion of the size. It’s a challenge, but it makes you focus on the important bits.

What do you do outside of writing and the world of books?

I love to travel! I love my home in rural North Carolina, but I don’t feel right if I don’t escape the state–or the country–at least a few times a year. There’s just so much of the world to see!

Enter to win a signed copy of A Million Suns! To enter, comment on this post and include an email address (formatted
like: cynthia at cynthialeitichsmith dot com) or a link to an email
address. Or email Cynthia directly with “Million Suns” in the subject line. (If you’re on LiveJournal, I’m also taking entries via comment at the Cynsations LJ.)
Author-sponsored. Eligibility: U.S. only. Deadline: midnight CST April 17.

Visit Beth’s blog, follow her at Twitter, Facebook (exclusive materials and insider information) and Goodreads. Check out free samples of Across the Universe for Kindle and Nook.

Check out this video: Don’t Give Up by Beth Revis. Really, it’s required.

43 thoughts on “Author Interview & Giveaway: Beth Revis on the Across the Universe Series”