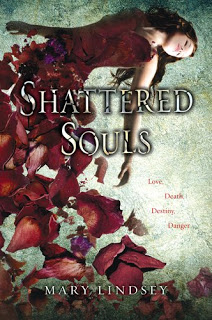 Securing Online Reviews by Mary Lindsey from QueryTracker.net. Peek: “I researched and found a great fit with a teen book tour site. I did a 120-stop blog tour
that included video interviews, written interviews, previews, live chats, character interviews, this or that lists, essays relevant to the book and, of course reviews. Lots of early reviews.”

Character Trait Entry: Cautious from The Bookshelf Muse. Peek: “Cautious people are observant, connected to their environment and are aware of shifting dynamics. When emotions are high, cautious characters
can restore balance and apply reasoning techniques to bring people back to a place where they can make decisions with a clear head.”

The 10 Best Writing Tips I Ever Received by Rhonda Stapleton from Just Your Average Crazy Writer. Peek: “Your story is not sacred. It’s not a baby. After you draft, you have to be willing to make it as strong as it can be. Cut those passages that may be beautiful but unneeded.”

Writing Steamy in YA by Stina Lindenblatt from Seeing Creative. Peek: “The focus should be on the introspection (something I still need to work on) and not on the choreography.”

First Annual Writing & Illustrating for Young Readers Writing Competition & Fellowship Award. Peek: “In conjunction with The Writing and Illustrating for Young Readers Conference (WIFYR) and its goal to educate and assist aspiring authors, one full-day conference attendee will receive $1000, intended to further the recipient’s work in the writing field. The winning recipient will exhibit gifted writing ability, consistent long-term dedication to the craft, and demonstrate financial need. Submissions for the $1000 merit and need-based award will be accepted beginning (and no sooner than) March 20 and no later than midnight, MST April 20.” Note: Faculty includes Cynthia Leitich Smith, teaching “Writing the Paranormal or Fantasy Novel,” and Greg Leitich Smith, teaching an advanced class.

Day One in Bologna: First-Timers and Vets Weigh In
by Diane Roback and John A. Sellers from Publishers Weekly. Peek: “‘People are coming in with a positive attitude,’ said Candace Finn, subsidiary rights manager at Houghton Mifflin Harcourt. ‘I’m hearing less gloom and doom. People are saying ‘Show me everything,’ not just ‘Show me your bestsellers.’'” See also Bologna Book Day, Pictures from Day One and Bologna Book Fair: SCBWI Dueling Artists from PaperTigersBlog and Shortlist for the 22nd CBI (Children’s Books Ireland) Book of the Year Awards from Inside Ireland.

On Publishing: Six Aspects of Writing YA That Surprised Me by Carrie Ryan from Magical Words. Peek: “It’s not at all uncommon for YA authors to rewrite large chunks of their books several times during the editing process.  I don’t think this is exclusive to YA, but I’ve definitely talked to a few adult authors who were surprised by this schedule when they moved into writing for teens.”

Storytime to Go: Libraries Try to Reach Kids Who Aren’t Being Read to at Home by Christian Davenport from The Washington Post. Peek: “Edwards takes her act beyond the hush of the stacks to community centers, Head Start classrooms, and, as on this day, day-care centers.” 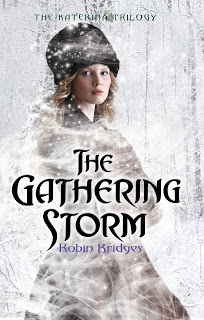 Your Launch Party is Not Your Wedding by Robin Bridges from The Class of 2012. Peek: “A launch party is something I’d dreamed about for years as an aspiring writer.  I made more plans for an imaginary launch than I ever made for my wedding:  trying to imagine what I would wear, what food to serve, even what entertainment there would be.”

Cynsational Author-Blogger Tip: Before you cross-post the interviews you do for someone else’s blog to your own, ask permission. It’s typically preferable (and more gracious) to point your readers to the blogger kind enough to host you, with your thanks.

What Is an Author’s Marketing Responsibility with a Traditional Publisher? An Interview with Avery Monse and Jory John from Jane Friedman. Peek: “We’re always a little surprised when we hear about authors who are passive about the book that they put a ton of work into upfront. We really subscribe to the philosophy that nobody cares as much about your book as you do, and for good reason.”

Humor for Writers by Kim Baker from Crowe’s Nest. Peek: “Kids use humor as an indirect way of coming to terms with issues and situations that are most important to them, and/or too emotionally stressful for them to deal with directly.” See also Three Examples of Sharpening Humor for Kids by Darcy Pattison from Fiction Notes.

Author Danyelle Leafty is heading a fundraiser called “Kindles For Kids.” She is taking her royalties from The Fairy Godmother Dilemma: Catspell from March 12 to March 31 and purchasing Kindle Fires for the Utah Valley Hospital’s pediatric unit in an effort to pay it forward.

Talent: Who Needs It? by Brian Yansky from Brian’s Blog: Diary of a Writer. Peek: “If you have some talent, you have to turn that into more by struggling through the process of learning to write, learning the basics first and then the intricacies of plotting and character and language. Only through this lengthy struggle can you do more and more of what you want without thinking about it when you’re doing it.” 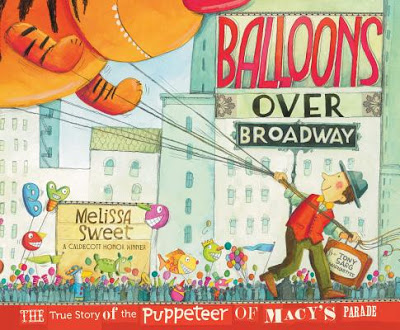 2012 Golden Kite Award Interviews: Melissa Sweet (Picture Book Illustration for Balloons Over Broadway) from Lee Wind from The Official SCBWI Blog. Peek: “I try to limit my options and choose ways of telling the
story that are repeated as design elements so the materials feel cohesive. In the end, the book is just a fraction of all the things I made.”

Staying in Point of View by Chris Eboch from Write Like a Pro! A Free Online Writing Workshop. Peek: “…be
careful also about describing your main character’s appearance. For
example, ‘Her blue eyes widened.’ Granted, she knows she has blue eyes,
and she may realize when she’s widening them. But would she really be
thinking about the color of her eyes? That’s authorial intrusion, where
the writer is trying to shove in some character description.”

What to Do With Advanced Reader Copies by Sarah Enni from YA Highway. Peek: “…ARCs are, above all, marketing tools used to sell more books. That’s why what you do with an ARC when you’re done reading it is actually an ethical question.” 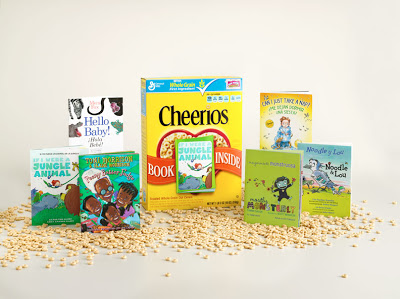 Cheerios’ Spoonfuls of Stories® program is celebrating its 10-Year Anniversary. Cheerios will once again provide six million bilingual children’s books from award-winning authors free inside specially-marked boxes of cereal. In addition, to help mark the 10-year milestone, this year Cheerios will be giving 50,000 children’s books to First Book, an award winning literacy nonprofit that provides children from low-income families the opportunity to own new books.

Enter to win a signed copy of Chronal Engine and a T-rex puppet!

To enter, comment on this post and include an email address (formatted like: cynthia at cynthialeitichsmith dot com) or a link to an email address. Or you can email me
directly with “Chronal Engine giveaway” in the subject line. Note: For extra chances to win, blog, tweet (hashtag: #chronalengine), facebook or Google+ this giveaway and list your efforts in your entry!

Looking for another chance to win a copy of Chronal Engine? Surf over to DEBtastic Reads!

Reminder! Enter to win one of two signed copies of Meltdown! The Nuclear Disaster in Japan and Our Energy Future by Fred Bortz (Twenty-First Century/Lerner, 2012). To enter, comment on this post and include an email address (formatted like: cynthia at cynthialeitichsmith dot com) or a link to an email address. Or you can email Cynthia directly with “Meltdown!” in the subject line. Deadline: March 26. Publisher sponsored. U.S. entries only.

This week has been all about celebrating the release of Greg’s latest novel, Chronal Engine (Clarion/Houghton Mifflin Harcourt, 2012). It’s about three kids who go back to the  age of the dinosaurs to rescue their sister and solve a family mystery. Central Texans and visitors, don’t miss Saturday’s launch party at 2 p.m. at BookPeople!

For those who missed it, check out my author event report from my recent trip to Albuquerque and Tucson. On the plane rides, I also read Gwenda Bond‘s soon-to-debut novel, Blackwood, and, later, sent her the following blurb: “This haunting, romantic mystery intrigues, chills, and captivates.” 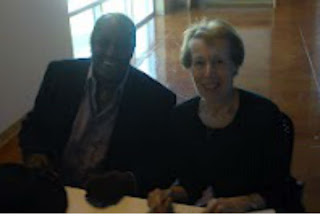 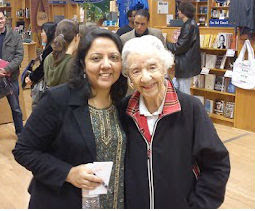 The one downside of my recent tour? I missed hearing Houston children’s author Varsha Bajaj speak at the Austin SCBWI monthly meeting at BookPeople.

Here, she is pictured with one of the chapter’s inaugural members, Betty X. Davis. Note: Congratulations to Varsha, who is a finalist for the Texas Institute of Letters Award for Children’s Book! Cheers also on TIL honors to local author-illustrator Divya Srinivasan!

And, finally, this video of Don Tate totally made my week! You should watch it, if only to learn how to do “The Happy Dance”! Then check out his debut picture book, It Jes’ Happened: When Bill Traylor Learned to Draw (Lee & Low, 2012).

“Focus on the Characters and Let Them Lead the Way: An Interview with Cynthia Leitich Smith from All About Book Publishing. Peek: “Rough drafts are especially challenging to me, in a hair-and-teeth
pulling kind of way. Every word you put down is a decision, and every
single one costs you energy. But first drafts also are exhilarating,
like skydiving (not that I would ever skydive). I tend to have a few
weeks of doubt, wondering if my idea is truly ‘novel worthy,’ and then I
see the threads start to flow together.” 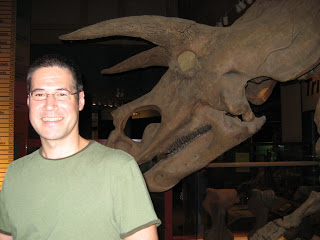 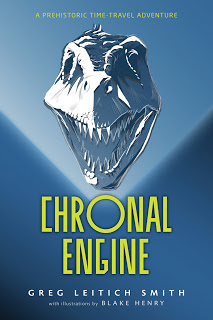 Greg Leitich Smith will launch Chronal Engine (Clarion, 2012) at 2 p.m. March 24 at BookPeople in Austin. The program will include an author presentation and dinosaur cookies, cupcakes and other refreshments.

Cynthia will appear at the Texas Library Association Annual Conference:

Note: Greg Leitich Smith also will be signing at the conference.

Cynthia and Greg Leitich Smith will appear at A Festival of Authors, which will take place from 2 p.m. to 6 p.m. May 12 at Reagan High School in Northeast Austin.

Interested in taking a class with Cynthia this summer?

Note: Due to volume, I can’t feature the author/illustrator events of all of my Cynsational readers, but if you’re Austin bound for an appearance here, let me know, and I’ll try to work in a shout out or two.