Miri Leshem-Pelly is a published author and illustrator of children books. Her favorite topics are nature and animals. She has created 26 books so far, including several bestsellers in Israel, one book published in the U.S. and two books that won illustration awards.

Her artwork has been shown in several solo exhibitions and many group exhibitions. Miri is invited for many school visits and also guides special tours for children, based on her nature books.

Miri is the regional advisor of the Israeli chapter of SCBWI.

You have published 12 books as an author/illustrator and illustrated 14 books for other writers. How do you find the two experiences compare?

The first big difference is the starting point. Working as an illustrator for other writers I’m given a text—the writer chooses the topic, the mood, the characters, and I respond to his creation.

But when I’m an author/illustrator I can choose my favorite topics, and I’m responsible for the whole creation, and I find that process much more fulfilling.

On my own books, I also start by writing the text, and illustrating comes second. But the illustrator in me has a lot of influence on the writer, and sometimes she can make the writer choose a certain animal for a character just because she really wants to draw it.


Lon-Lon’s Big Night is your first book published in the U.S. in both Hebrew and English. How was it for you to work in English? Did you find any expressions in Hebrew that were more challenging to translate into English?

Working on the translation to English for “Lon-Lon’s Big Night” was an exciting experience. I did it together with a friend – Angelika Rauschning from Germany. We have been internet friends for many years, but we’ve never met. Angelika writes for children in English, and she suggested we do it together. She doesn’t know Hebrew, so I did the first translation and added in brackets explanations for words and expressions I didn’t know how to translate. 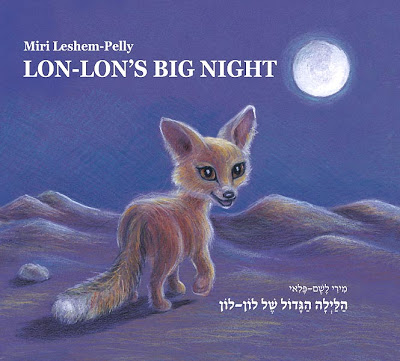 We did this project for a long time over email until both of us were happy with the result. Angelika had some very good ideas, which sometimes made me change the Hebrew text accordingly. The two texts had to be similar because they appear on the same page and could be used for American students learning to read Hebrew. That made the project even more challenging.

To research Lon-Lon’s Big Night you went on a night tour of the desert animals of Hai-Bar Zoo near Eilat, Israel. What did you get from seeing the animals in a naturalistic environment? Do you always do this kind research in preparation for your books?

I love doing that—using my author hat to get permission to enter animals’ cages. This has become a hobby of mine. The night trip to the Hai-Bar Zoo gave me the opportunity to see the night animals at their most active time. During regular visiting hours, you usually get to see them sleeping, but I was invited to come at night when the zoo was closed.

When I got there, the zoo worker asked me if I would like to enter the sand foxes’ cage! What can be better than that? I could take really good close-up photos, which helped me when I got to the illustrations. And being so close made me notice and feel things very differently.

When I’m writing about an animal, I try to “enter” its skin and see the world though its eyes. Getting very close to the animals helps a lot with this task. I was also inside the otters’ cage, the lemurs’ cage, swam with dolphins and caressed tapirs. These are the kind of things that make my day!

You went on a book tour throughout the United States sharing Lon-Lon’s Big Night with audiences around the country. How did American children respond to the book? Did anything surprise you about their responses? What enables American children to connect to a sand fox from Israel?

Before I left Israel, many people told me that it would be difficult for me to communicate with American children because of cultural differences. But I discovered this is not true. Children are children wherever you go!

I do a lot of school visits in Israel, and I must say the children’s responses were exactly the same. They laughed at the same moments and became very silent at the same parts of the story. They were connected to the story because they cared about the character—the curious, innocent, brave little fox. The fact that the story takes place in the Israeli desert and is full of strange unknown animals made it more exciting and exotic for them. They asked me many questions about nature in Israel.

Isn’t that what books are for? To sit on your sofa and let the book take you to exciting new places you’ve never been before?

Of all of your books, do you have a favorite? And why?

Oh, oh, that question! I always fear it, and I get it all the time on my school visits.

What can I say? I love them all. They are all my sons.

Well, maybe I do have a soft spot for Lon-Lon. There is something about this little guy. And I’m grateful to him for taking me with him on this trip to the U.S.!

But seriously, I’m always more involved with my next book, the one I’m working on, because the process of creation is the biggest thrill. So I can say my favorite book is always the next one to come!

What media do you prefer to work with?

I have three media I love to use—colored pencils (on colored paper), watercolor and acrylics. I try to match the right media for each story I’m illustrating.

For example, when I illustrated Lon-Lon, I wanted to get the sandy look of the desert, so I chose colored papers with grainy texture and made the drawings with colored pencils.

You say that your preferred subjects are nature and animals. What draws you to these topics?

It all begins with my childhood. I grew up in a nature-loving family. We went on numerous trips, and nature became a part of who I am. I always loved animals and found this subject fascinating.

In my youth, I discovered Gerald Durrell‘s books and read them all. I was deeply inspired by his writing and his actions towards saving endangered species.

I create my books with the hope that they will get children a bit closer to nature.

I’m working on a new picture book that I’m writing and illustrating. This time I wrote the book in English. This is a story about four families of wild animals from around the world—from Antarctica to Canada, from the Asian jungle to the Sahara desert. The story comes to show how all families around the world are basically very much alike.

I’m coming to the Bologna book fair this year to look for a publisher for this book-in-progress, so wish me luck! 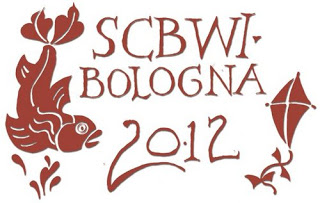 Liz Steinglass lives and writes in Washington, DC. Her poems “Which Water?” and “A Book” have appeared in Babybug and Ladybug Magazines. She regularly posts original poetry on her blog Growing Wild.