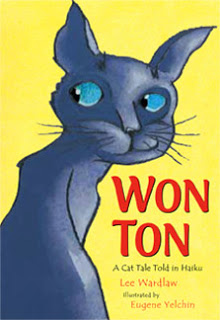 Won Ton – A Cat Tale Told in Haiku by Lee Wardlaw, illustrated by Eugene Yelchin (Henry Holt) has won the Cat Writers’ Association Muse Medallion for Best Children’s Book and the Fancy Feast/Purina Love Story award for the book that best captures the magic of the loving relationship between cats and their owners. See also Kit Lit: Cat-Themed Picture Books.

Believability or Bust by Stina Lindenblatt from QueryTracker.netBlog. Peek: “To avoid the issue of lack of believability, always ask yourself: “Have I given enough set up to the story so my readers are able to believe this event can happen this way?” See also Perspiration: Self-Study in Writing Children’s-YA Books.

In Which Award-Winning Author Han Nolan (Inadvertently) Calls Me a Scaredy Cat by Natalie Dias Lorenzi from EMU’s Debuts. Peek: “She said that it can be hard once you sell that first novel, because now there are expectations.” See also Inspiration in Writing Children’s & YA Books.

We Are The Youth Book Club: from “a photographic journalism project chronicling the individual stories of lesbian, gay, bisexual and transgender youth in the United States.” See Q&A with Nick Burd, The Vast Fields of Ordinary (Dial, 2009). See also Exploring Diversity: Themes & Communities.

Stimulus and Response: The Writer’s Path through Story by Martina from Adventures in YA & Children’s Publishing. Peek: “Pulling the reader by the heart from the beginning of the book to that climax, scene by scene, is the key to successful writing. Ultimately, a book isn’t about beautiful descriptions or sparkling prose. It’s about action and reaction, which is all a response to conflict.” 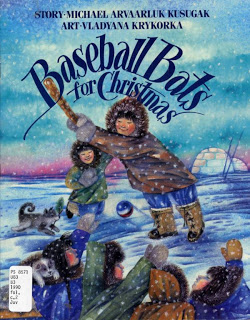 The National Book Awards: A Judge’s View by Will Weaver from The Huffington Post. Peek: “For a National Book Awards judge, lurking behind the sheer volume of reading is, always, the math. My group needed to read three-to-four books each day, every day, to stay on schedule.” See also U.S. Awards for Children’s-YA Literature.

Author, Not Illustrator: My Perspective on the Caldecott Honor by Liz Garton Scanlon from ALSC Blog. Peek: “I was allowed to celebrate the prize, and the incredible, jaw-dropping art that won the prize, without being the center of attention.”

Platform and Social Media Must Not Be Your Center by Christina Katz from Jane Friedman. Peek: ” I want to help you cultivate creative confidence and express literary ability through writing. This is what belongs at the center of your writing career. Period. Here are three tips on author platform that give you an idea of my philosophy.”

What is Voice, and How Do I Get It? by Chris Eboch from Write Like a Pro! A Free Online Writing Workshop. Peek: “I would say my voice is simple, lively, and brisk, and that’s true whether I’m writing fiction or nonfiction, for children or for adults.”

The Life Cycle of a Book from Publishing Trends. Source: QueryTrackerBlog.net, which offers its own weekly links roundup, via SCBWI Blog.

Writing Dreams Fulfilled by Kristi Holl from Writer’s First Aid. Peek: “…create a detailed image of your future perfect writing life. What are some projects you’d love to work on? What are your secret writing dreams? Make a list.” 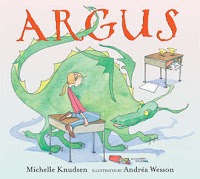 Enter to win Lala Salama by Patricia MacLachlan, illustrated by Elizabeth Zunon (Candlewick, 2011)!  To enter, comment on this post (click preceding link and scroll) and include an email address (formatted like: cynthia at cynthialeitichsmith dot com) or a link to an email address. Or email Cynthia directly with “Lala Salma” in the subject line. Publisher-sponsored. Eligibility: U.S. Deadline: midnight CST Nov. 30. Note: View an inside spread.

“12 Things to Do Before You Crash and Burn,” directed by Chris Hartlove and highlighting the novel of the same name by James Proimos (Roaring Brook, 2011). Source: A Fuse #8 Production.

Check out the book trailer for The Future of Us by Jay Asher and Carolyn Mackler. Source: Lynne Kelly Hoenig.

Cheers to my amazing web designer Lisa Firke on the luscious facelift for my official author site and Children’s-YA Literature Resources! Lisa has worked her magic on the typefaces and added substantial content updates to my author section, children’s-YA literature resources, goodies for writers and more. Consequently, I’ll be featuring the various relevant pages on a more regular basis here at Cynsations!

In addition, I was treated to a day of writing with fellow Austin author Jo Whittemore! Jo’s latest release is Odd Girl In (Aladdin Mix, 2011).

Greg Leitich Smith AKA the Chef and I also played hosts to a group of friends at Thanksgiving. 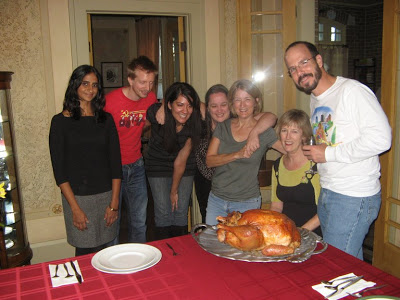 On the writing front, I’ve dived back into Smolder. My immediate goal is to do a straight read through and write myself a critique letter. I’ve also been working on a book trailer for Diabolical with Shayne Leighton. I’m very excited about our progress and look forward to sharing it with you.

YA Lit Ramblings says of Diabolical: “..it takes a special something to make one stand out as this one does.  Plenty of action and suspense with great characters!”

Thanks to PaperTigers Blog for the shout out about Holly Thompson’s guest post on setting earlier this week at Cynsations. 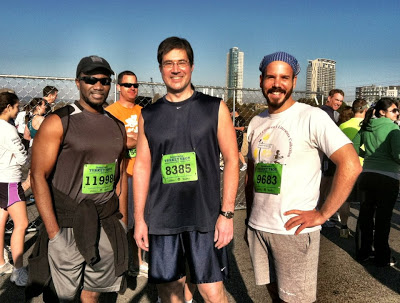 Author-illustrator Don Tate and authors Greg Leitch Smith and Chris Barton at the Turkey Trot on Thanksgiving morning in Austin. 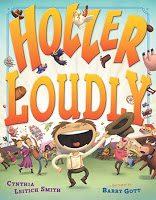 Cynthia Leitich Smith is the New York Times and Publishers Weekly best-selling author of the Tantalize series for young adults and several acclaimed children’s books, most recently including Holler Loudly. Her most recent release is the YA graphic novel, Tantalize: Kieren’s Story. Cynthia makes her home in Austin, Texas, with her husband, Chronal Engine author Greg Leitich Smith, and four writer cats. For more news and conversations in children’s-YA literature, read Cynsations.