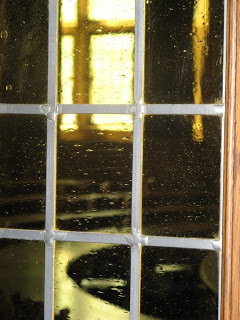 As a law student, Contracts was the only class in which I earned a C. “Earned” being an interesting choice of verb. And to be candid, I received that C largely by the grace of Professor St. Antoine—a legend in his field who truly deserved more of my attention.

I could point to the fact that this core requirement at The University of Michigan Law School was scheduled at 8 a.m., and until my thirties, I didn’t believe in doing anything before 10 a.m.

I could also point to my staggering absentee rate for the first hour of my first year. I believe there are new attendance rules that no longer permit such lackadaisical behavior.

But nevertheless, there it was. The C. Which, even at a school that sneered at rampant grade inflation, was a sign of a less-than-good performance. A far from stellar one.

Certainly, nothing to bank on.

It’s perhaps a sign of God’s sense of humor—or sense of irony—that these days I make my living by securing one contract after another to connect my manuscripts to readers.

I have an absolutely fantastic agent, who handles my negotiations (and so much more). But it seems only logical that I pay attention to the business side of my, well, business. So I do my best to keep up so I can ask thoughtful questions, make the occasional suggestion, and pinpoint (or at least stumble upon) new opportunities. 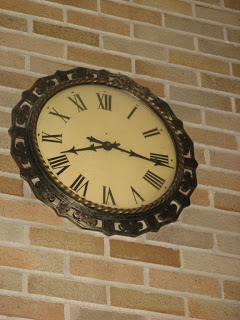 Focusing on publishing as an industry takes precious time. It’s occasionally boring, sometimes tedious, and in the current economic climate, too often discouraging. Moreover, it wasn’t part of my dream of becoming a full-time writer.

Don’t get me wrong, I was never one of those people who wanted to have written instead of dedicating myself to writing as a process.

Some writing days are more challenging for me than others, but ultimately, they’re what make the creative journey more satisfying.

I also realized early on, that for everyone who thought they had a book in them, only a relative handful of us had the gumption and work ethic to make that happen. I was determined to be in the roaring minority who could finish a competitive manuscript.

What I hadn’t realized was how many fronts I’d have to tackle after an editor said “yes” and offered–you guessed it–a contract to seal the deal.

Yes, suddenly, a contract had become a reason for celebration! A contract seemed like the most wonderful thing in the world! But before long, I wasn’t only a writer any more. I was an author, too.

As an author, I’m still writer. But I’m also a publicity, marketing and public relations professional, a public speaker, a teacher, and a student of a rapidly changing industry. Doing all that gradually led me to more than double the time I allocated to my career. Meanwhile, the challenges of building an audience required me to pick up the pace on the creative front. Since I broke into publishing just over a decade ago, expectations for authors have risen across the board.

Of late, I’ve prepped for the release of my first graphic novel, chatted with an app developer, and done market research on the use of QR codes. I’ve also reviewed publisher art notes for my second graphic novel, continued rough drafting my next prose novel, read a handful of manuscripts by other writers, and I’m reviewing first-pass pages this week.

At some point I realized that if I was going to do this full-time (and eat), I’d have to continue to push myself to grow in my job. 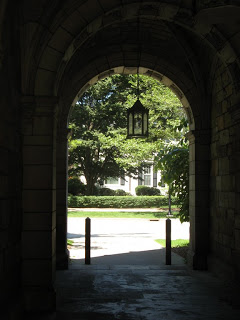 It’s not merely a dream, it’s my day-to-day responsibility.

Among other things, that means I have to say “no” to a lot of other competing opportunities. It means I have to sometimes disappoint people who don’t understand that working for yourself means that you typically give much more than if you worked for someone else.

I’ve learned to make the most of the blessing of flexibility while shouldering the burden of being my own boss. And I’ve learned that those who’re truly rooting for me understand and support that.

I may not enjoy every moment of it, but I can think of countless ways that other hard-working people make a living that I’d prefer less.

In fact, there’s absolutely nothing in the world than I’d rather do than write books for young readers.

It’s not a purely creative pursuit, and it forces me out of my comfort zone. But I still love it.

Come to think of it, this job is my dream come true.

I’m a little intense, which is how I ended up at law school in the first place.

My choices are informed by my own goals, the fact that I’m not independently wealthy, and those areas in which I elect to focus my attention.

In fact, my own strategies have changed over the years and, I’m sure, will continue to do so. For example, I’m on an extended leave from the Vermont College of Fine Arts faculty and only taking the occasional private student. However, I’ve taught part-time in the past and will do so again.

Or, put more succinctly, your experience and priorities may vary, and that’s totally okay.

I will now refer to myself in the third person…

Photos by Cynthia Leitich Smith, class of 1994, of The University of Michigan Law School.

Cynthia is the New York Times and Publishers Weekly best-selling author of Tantalize, Eternal, Blessed, as well as the forthcoming Tantalize: Kieren’s Story and Diabolical. Her award-winning books for younger children include Jingle Dancer, Indian Shoes, Rain Is Not My Indian Name and Holler Loudly. She also has published several middle grade and young adult short stories. Her very cute husband is author Greg Leitich Smith.

22 thoughts on “My Dream Job: Embracing the Full-Time Author’s Life”