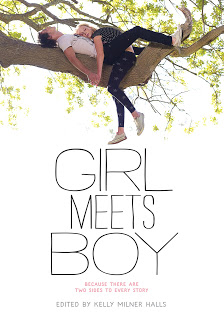 The anthology will include short stories by:

Note: My story, “Mooning Over Broken Stars” is a companion to Joe’s. I look forward to the release and am honored to have my writing featured in such distinguished company. 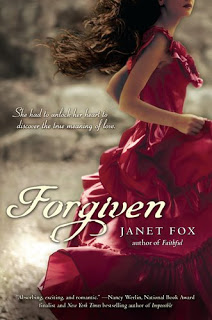 What Makes a Successful Book Event? by Janet Fox from Through the Wardrobe. Peek: “Create a Q&A flyer for Composemother/daughter, or father/son, book clubs to get discussions started.”

Interview with Karen Grencik of Red Fox Literary Agency by Becky Levine from Moving Forward on the Writing Path. Peek: “I look for talent. My second requirement is a good attitude. I don’t have a minute to waste, so complaining and pity parties are lost on me. I just want to keep moving forward, and I want authors who can pick themselves up, shake off the dust, and get back in the game.”

Name Mistakes in Queries by Mary Kole from Kidlit.com. Peek: “I’m not going to reject you outright for misspelling my name. My name is an uncommon spelling of a more common last name. In fact, it’s that way intentionally and I like it.”

Guest Post: Fictionalizing History by Australian author Goldie Alexander for The Book Chook. Peek: “Readers might like to track Ahmed’s journey on a map of Australia. They can delve into how our first people behaved when they came across these explorers, suggest reasons, and their appearance was back then. They can research contemporary Uluru, both as an icon and tourist attraction.”

Quirks & Foibles by R.L. LaFevers from Shrinking Violet Promotions. Peek: “Quirks and foibles are often a chink in our armor, an indicator at how hard won our mastery of some skill or behavior really is. They are a physical manifestation of our deepest level conflicts.”

Is Your Book Ready for School? by Natalie Dias Lorenzi from EMU’s Debuts. Peek: “I guarantee that your book has ties to the curriculum, even if you don’t write historical fiction or books about kid scientists.” 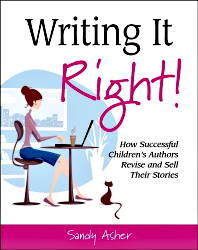 Harold Underdown Recommends Writing It Write! How Successful Children’s Authors Revise and Sell Their Stories by Sandy Asher from The Purple Crayon. Peek: “In 400 large-format pages, Sandy Asher follows four picture books, seven magazine stories, three books for ‘younger readers’ (easy readers, one nonfiction, and a chapter book), and seven books for ‘older readers’ (middle-grade and YA novels) from an early stage to their last, published form.” Note: I respectfully disagree with Harold’s quibble that the YA category always starts at age 12. Over the past few years, the ‘tween (or young YA) category has come into its own, featuring many books that historically would’ve been published as classic (or 12+) YA.

Author-illustrator & Graphic Novelist Youme Landowne: Creating a Safe Place to Talk About Hard Things by J.L. Powers from The Pirate Tree: Social Justice and Children’s Literature. Peek: “My big question for the world is, ‘How much power do we have and how much power can we share?’ For children especially, they have a lot of power, and they’re often very vulnerable, so I often think about the bravery of children.”

ALAN Foundation Research Grants from Teri Lesesne at The Goddess of YA Literature. Peek: “Members of ALAN may apply to the ALAN Foundation for funding (up to $1,500) for research in young adult literature. Proposals are reviewed by the five most recent presidents of ALAN. Awards are made annually in the Fall and are announced at the ALAN breakfast during the NCTE convention in November. The application deadline each year is Sept. 15.”

What’s Your Vision? by Sharon Bially from Writer Unboxed. Peek: “Clearly, Blume didn’t just have just a story or two in mind, or a simple urge to spend days tweaking words and characters and figuring out how to parlay this into a publishing deal.  She had a strong interest in a particular set of conflicts and issues relevant to a particular group.  With a degree in education, she clearly cared (and still cares) about the people in it, too.” Source: Phil Giunta.

Creative Procrastination by Coe Booth from Write at Your Own Risk: The Vermont College of Fine Arts MFA in Writing for Children and Young Adults faculty blog. Peek: “When it comes to writing, I’m usually the jump-in-with-both-feet type. But this time around, for some reason, I’ve been spending a lot of time dipping my toes in the water first.” Learn more about Write at Your Own Risk. 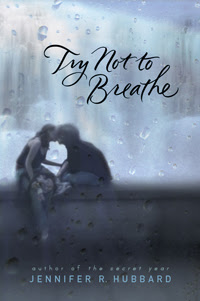 Revision Requests by Jennifer R. Hubbard from writerjenn. Peek: “The revision is likely to need work on more than just the specific examples mentioned in the request letter. The agent/editor is probably looking for a true “re-envisioning,” a multi-layered improvement.”

You’re Already Invited: Connecting to the Lit Community Online by Saundra Mitchell from WriteOnCon. Peek: “One of the easiest (and most fun!) ways to start tweeting is to read other people’s news, and congratulate them. Celebrating other people’s news is happymaking, and it gives you a chance to learn what other people are up to.” See also WriteOnCon 2011: Picture Books from Tammi Sauer.

New Voices Award from Lee & Low Books. Peek: “The Award will be given for a children’s picture book manuscript by a writer of color. The Award winner receives a cash grant of $1000 and our standard publication contract, including our basic advance and royalties for a first time author. An Honor Award winner will receive a cash grant of $500.” Deadline: Sept. 30.

KidLit Con Teams Up with RIF Because It’s the Right Thing to Do by Colleen Mondor from Chasing Ray. Peek: “…at the end of the day the best thing about who we are is that we believe in the power of words and RIF is all about spreading that power as far and wide as possible. RIF does nothing less than change the world – that’s its very mission – and if you don’t think that’s the most worthy thing any of us can be part of then you really are not the kind of book lover I know you to be.”

Beyond Lucky Auction for GrassRoot Soccer from author Sarah Aronson. Items available for bid include: signed children’s books; a one-week writing retreat in Cape May, New Jersey; a conversation with literary agent Sarah Davies; a critique from executive editor Liz Waniewski of Dial; a non-fiction critique from Tanya Lee Stone, a full-novel critique from Sarah Aronson; nifty accessories and more!

Independent Bookstores Add New Chapter by Neely Tucker from The Washington Post. Peek: “The small, independently owned bookstore is staging a modest rebirth in the midst of a bone-killing economy and the exponential growth of online retailers and e-books.”

She became interested in young adult literature when she moved to Toronto, Canada, and began working for CANSCAIP, the Canadian Society of Children’s Authors, Illustrators and Performers, where she eventually became the Administrative Director. She is now a full-time writer living in Toronto. Witchlanders is her debut novel. 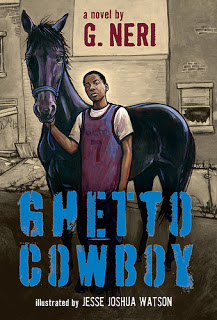 Enter to win a signed copy of Ghetto Cowboy by G. Neri (Candlewick, 2011)! To enter, comment at this link or email me and type “Ghetto Cowboy” in the subject line. Extra entry if you share your best close encounter with a horse or a true life event that inspired you to write about it. Author sponsored; U.S./Canada entries only. Deadline: midnight CST Aug. 22.

After Obsession (by Carrie Jones and Steve Wedel) Interview and ARC Giveaway from Gayleen at Playing with Words. Peek from Steve: “For me, the best part was not really knowing what would happen next. I never knew what Carrie would do in her chapter, so getting that e-mail attachment was like a Christmas gift every other day. Then we got to where we’d try to leave a big and bigger cliffhanger for the other one.”

Check out the June/July Debut Author Giveaway, celebrating books by the Elevensies from Anna Staniszewski.

From YALSA: “Teens’ Top Ten is a ‘teen choice’ list, where teens nominate and choose their favorite books of the previous year! Nominators are members of teen book groups in sixteen school and public libraries around the country. Nominations are posted on Support Teen Literature Day during National Library Week, and teens across the country vote on their favorite titles each year. Readers ages twelve to eighteen will vote online between Aug. 22 and Sept. 16; the winners will be announced during Teen Read Week.”

Note: I’m that my novel Blessed (Candlewick, 2011) is among the 25 titles nominated for YALSA’s Teens’ Top Ten; see book trailer below.

Sambat Trust seeks to build children’s libraries in the Philippines. Source: Asia in the Heart, World on the Mind.

This week at the Leitich Smith home has been all about pass pages. I’m reviewing pages for Diabolical (Candlewick, Jan. 2012), and my very cute husband Greg is reviewing pass pages for Chronal Engine (Clarion, March 2012)(shown below).

Chronal Engine is about three kids who take their grandfather’s time machine back to the age of the dinosaurs to rescue their sister and solve a family mystery. It’ll include fantastic interior illustrations that we first saw when these pages arrived–very exciting! 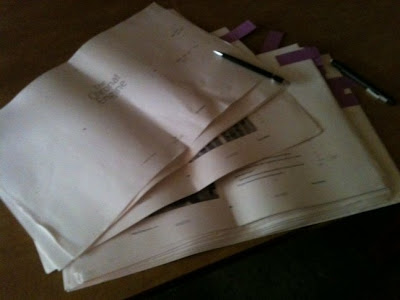 Speaking of Greg, you can find him at GregLSBlog, where he recommends children’s-YA books, discuss his own writing life, and features writers and illustrators and dinosaurs. His birthday is this week! Why don’t you surf over and wish him a happy one? 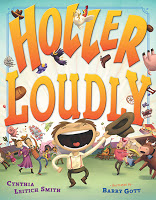 Holler Loudly is a finalist for the Writers’ League of Texas children’s-YA book award! See the link for information about the award, the full list of finalists, Holler Loudly teacher guides & more.

I look forward to the release of my essay, “Isolation,” which will appear in Dear Bully: 70 Authors Tell Their Stories, edited by Megan Kelley Hall and Carrie Jones (HarperCollins, 2011). “Seventeen” magazine says: “You know someone (or are someone) who’s ever been involved in any type of bullying incident. There’s something in it for everyone, on all sides of the spectrum. You’ll love it even more if you can find a story that inspires you to help someone else.” 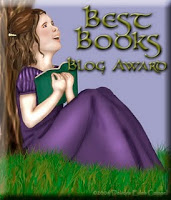 Thanks to author-illustrator Deirdra Eden Coppel for recognizing Cynsations with a Best Books Blog Award! I’m honored. Deirdra offers interviews with authors, agents, editors and other literary professionals. Her recent posts include Interview with Marketing Expert Catherine Balkin. Peek: “I know many people don’t like to list their honorariums, but it helps the teachers and librarians a lot to know this kind of information even before they contact you for a variety of reasons (the librarian might be writing a grant, for example, or a teacher may need to let the PTA know how much they need to raise).” 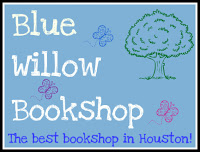 Note: “This event is free and open to the public. In order to go through the signing line and meet Cynthia Leitich Smith for book personalization, you must purchase Tantalize: Kieren’s Story from Blue Willow Bookshop. A limited number of autographed copies of Cynthia’s books will be available for purchase after the event. If you cannot attend the event, but would like a personalized copy of her book, please call Blue Willow before the event at 281.497.8675.”