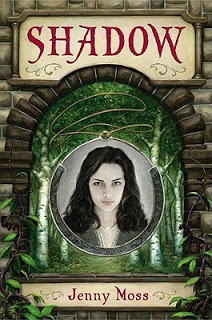 I love data. I also recognize I have OCD tendencies. Hence, my writing process involves the creation of multiple tables and timelines, and the occasional map.

Once I finish a solid draft of a book, the details can quickly overwhelm me, making me toss and turn at night and look slightly unhinged during the day.

Hallie and Whit Burnett, wife-and-husband co-editors of Story magazine, believed that some of a novelist’s success depends on his or her ability to “keep moving toward some ultimate goal in the distance on several wires, while juggling characters and plot and values at the same time, never losing sight of guidemarks or falling off.” Writing a novel can make for a crazy circus in the OCD mind.

One thing that nags at me is the possibility of inconsistency. That’s when I gleefully (and in full dork power) pull out my Microsoft Office software.

For my YA fantasy Shadow (Scholastic, 2010), in my writer’s folder on my laptop, I have many documents in addition to the drafts of the book – more files than I’ve had with any other novel. Part of the reason for this was because I was creating my own fantasy world set in a fictional kingdom I call Deor; I had a lot of details to keep straight, a lot of wires to walk.

One of my simplest and easiest-to-create files is a cheat sheet, just like the ones some professors would allow for tests in college. My objective was to put the global framework of the book on one piece of paper, so I could reference it when I needed to, getting information at a glance. (Also, for a time in the future when someone like Charlie Rose might call me and ask details about my book, I’d have a cheat sheet to refer to when I forgot the plot.)

The subtitles for my cheat sheet: “plot,” “setting,” “internal goal of Shadow” – who is the title character, “mythology,” and “names and meaning.” A cheat sheet can help the can’t-see-the-forest writer refocus on the key elements of the book and remain true to those.

On the other end of the spectrum, the file that is the largest and took the most time to create is a character chart: a table listing physical characteristics, emotional concerns, and goals of the characters. It’s only two columns: “character” (which includes “the weather” and “terrain”) and “description.”

To build the table, I copied and pasted references to each character from the text of the book into the “description” column of the chart, also listing the page number on which the reference was found. A row was devoted to each character.

When I finished the table, I read through the descriptions of each character, checking for consistency. Although by that time, just in the making of the table, I had already discovered most of the issues. The character chart I made for Shadow is 25 pages long.

Another worry is character relationships: Is there consistency in how the characters treat, converse with, and react to one another? Using Excel, I made a Relationship chart. The first column lists the chapters. The column headings consist of the different relationships: how does Shadow relate/see/think about Kenway, Kenway to Shadow, Fyren to Shadow, Shadow to the queen, etc.

I looked at each scene from each character’s point of view and filled in my spreadsheet. What I’d discovered – to my surprise – was that I had been fairly consistent in the way the characters reacted to one another. But there were some inconsistencies I tweaked as a result of the chart.

If you don’t feel you’re overwhelmed enough by the details of your novel, you can always throw in a road trip. If you do, a journey table can help keep things straight.

In Shadow, because the mode of travel involves walking and riding horseback in different conditions (e.g., flat dirt path, wagon-rutted road, swampy area), the travel times vary. So I took out the map of my fictional kingdom of Deor so I could add detail to it. Using graph paper and a ruler (which is a little like wearing suspenders and a belt), I made a to-scale map, placing all the towns, the type of terrain – hilly, flat, mountainous, forested, swampy – and rivers and streams.

Next, I researched travel times. How long would it take someone to ride sixty miles on horseback on a narrow trail? What if there were two people – who were not getting along very well – on one horse?

Finally, I could make my table. The first column listed all the legs of the journey, from the castle to a particular spot (which I won’t state here so as not to give anything away), from that particular spot to another – also secret – particular spot. The top row had headings for travel conditions (i.e., terrain, type of travel, and moon phase), speed of travel (gathered from research), and distance from place to place, then the resulting time, and the specific day and time of day. Unfortunately, I did this after I’d written my solid draft, which meant a lot of changes.

Timelines are also helpful for the OCD writer. I developed one for the plot of Shadow, so that I wouldn’t mix up what happened to whom and when. But I also needed a timeline listing events, referred to by the characters, but not seen by the reader. Some of these took place during the timeline of the story, but “off-stage.” Some occurred before chapter one began: the story before the story.

Other files can be created to be used for quick reference during the revision (or drafting) process, e.g., a chapter summaries chart, with one-paragraph summaries and the characters introduced in the chapters.

If you’re a fantasy writer, you might consider writing short Word files with descriptions of random things about your world. For example, for Shadow, I created files with details about my fictional kingdom, e.g., “geological and environmental Notes on Deor,” “a short political history of Deor.” 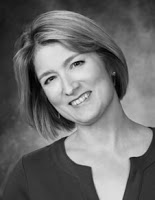 For an OCD writer, particularly a fantasy writer, creating your own world can be nerve-wracking. But maps, tables, and timelines can keep you from falling off in the high wire balancing act of novel writing.

Despite all this work, though, when asked questions about the book, I still forget details. But I do sleep better. And I’m ready if Charlie Rose calls and wants to know why it took Shadow so long to escape to that secret spot and what she really felt about Kenway during that particular scene. Here, let me get out my chart….

From the promotional copy: “Shadow, an orphan girl, is given the duty to watch the queen’s every move. When the castle is thrown into chaos after the queen is poisoned, Shadow escapes with a young knight, whom she believes was betrothed to the queen. As mystery builds, and romantic tension does, too, Shadow begins to wonder what her role in the kingdom truly is.”