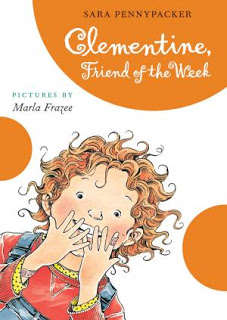 Sara says, “Sara Pennypacker has been writing books for children for seventeen years now. She continues to believe that any day now she will get it right…”

Among my favorites were The Secret Garden by Frances Hodgson Burnett (1911), The Borrowers by Mary Norton (1952), Black Beauty by Anna Sewell (1877), The Yearling by Marjorie Kinnan Rawlings (1938), and Robinson Crusoe by Daniel Defoe (1719).

Back when I was young, there really weren’t many books written especially for kids–I often wonder which books would be worn to tatters if I were ten years old right now…

Seeing how my own children loved books, and discovering how fabulous the books were. I fell in love with children’s books–it’s the only way to describe it.

It was a pretty even path, I guess. Once I became entranced with children’s books, I couldn’t get enough of reading them and learning about the craft. I’d always been a natural storyteller, and I loved language and challenges, and I’m a ridiculous perfectionist–all these things were helpful in getting my first manuscript accepted.

Well, the biggest update news would be that the Stuart books–Stuart’s Cape and Stuart Goes to School–have just been reissued as one book, The Amazing World of Stuart, illustrated by Martin Matje (Orchard, 2010). It’s a lovely edition, with full color illustrations now and larger, friendlier type. 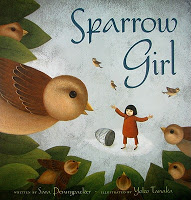 Congratulations on the release of Clementine, Friend of the Week, illustrated by Marla Frazee (Hyperion, 2010)! Could you tell us about the genesis of this character/series?

Oh, man, I love that kid. Clementine is based on my own two kids, especially my son who suffered with attention issues in school, so she feels very real to me. I get all goofy and choked up when I talk about her, because I so admire how she manages to stay positive and cheerful and sweet-hearted with the challenges she faces, even given the supportive adults in her world.

Clementine is a little more impulsive, distractible, and active, than other kids, okay, fine. But she’s also very artistic, innovative and empathetic.

Besides writing about a kid like that, I really wanted to explore and celebrate a fairly normal (what’s normal, though?) family–a family that’s doing a pretty good job raising their kids. It’s a little harder to come up with the necessary tension and conflict in the plots with such warmth and support all around Clementine, but on the other hand, it’s very satisfying.

In the new book, I felt Clementine was ready for a real challenge: I took away her kitten, arranged for him to get lost in Boston. Very difficult–I sobbed along with Clementine as I wrote those scenes, and felt as if I were a child-abuser, doing something so cruel.

I recently finished book #5, by the way, and let me tell you, there’s a big surprise coming…something that was a complete surprise to me, too!

What advice to you have for writers interested in crafting a children’s book series?

I guess I would say to develop a character whom you, as the author, really, really love. If Clementine were real, I’d take a bullet for her–seriously. I think you need that for two reasons.

First, you’re going to have to live with that character in your head and heart for a long time–writing a series is a little like having a benign case of multiple personality disorder. If you get tired of him/her, it will show in the later books.

But second, with a really rich character, plot takes care of itself. I feel if I just let the reader hang out with Clementine, hearing her impressions of the world and watching her respond to everyday situations, that’s enough for a book. Whatever happens will be interesting because Clementine herself is interesting.

What did Marla’s illustrations bring to your books/character?

Where do I start? When I saw the first sketches, I was in the Hyperion offices in New York, and I just broke down and cried–all the characters were perfect, perfect, and I could tell Marla loved them as much as I did.

I often say that I never need to write a word about how much Clementine’s family loves each other because Marla’s drawings show it so well. Marla and I have the same vision for the book–a bit retro, strongly character-driven, funny but loving–and we’re both slow-working perfectionists….it’s the perfect pairing. Plus, of course, she’s a genius! 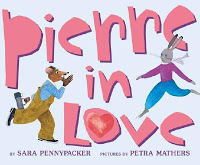 Several years ago, I had an experience that profoundly changed the way I thought about writing for children. I just happened to hear someone quote Carl Jung – apparently Jung was asked during an interview why there was evil in the world. His answer was, “Young man, there is evil in the world because people can’t tell their stories.”

That resonated with me, and I started to think about it a lot in terms of children.

I realized it takes four things to tell one’s story: a strong voice, language skills, a platform and an audience. Most children don’t possess those things, but I am lucky enough to have all four.

Since then, I have tried to write for children a different way–as though I am telling their stories, because I can when they can’t. I like to imagine my readers holding up my books to their adults and saying, “This is how I feel. This is what it’s like for me.”

I think it’s given me a better voice, and better things to say.

I’ve never been successful at that. I do as much as I can of the writing (the part I love) and as little as possible of the other, and what I do on the business end of things I am truly terrible at–really embarrassingly incompetent.

My agent makes life a lot easier, of course, but recently I made a brilliant move–I hired my daughter as my personal-assistant/business coordinator. It sounds like a luxury, but having her allows me to spend my energy on writing and doing some appearances, and I am more productive.

I will try not to sound like a curmudgeon here, but…

What I hope happens is that it stays the same! Well, I’m progressive in that I always want children’s books to get better, braver, more brilliant, take on more things, push the limits, etc.

But I admit to being worried about the e-book trend–or at least to the part of it that threatens to remove the gatekeepers. I just don’t see agents and editors as gatekeepers–to me, they’re more like curators, alchemists and coaches.

I worry that in a few years, parents and readers will be overwhelmed with e-reader content choices, very few of which will be good enough to have made it through the traditional publishing route.

Hm…. Maybe to fly more, and worry about your wings less.

Besides a few more Clementine (we’re planning on seven all together) I’m moving toward older readers. My next book is a mid-grade novel, Summer of the Gypsy Moths (Balzer and Bray, 2011), which explores a friendship forged under pretty dire circumstances.

Currently, I’m playing around with a big idea–big in scope and requiring a lot of research and thought–that may be a mid-grade or may be a YA. I can’t talk more about it yet, but ask me again in a few months…

From Scholastic: “Sara Pennypacker…was a painter before becoming a writer and has two absolutely fabulous children who are grown now. When she was in school, she never had any problem at all paying attention. Okay, fine. That last part was about somebody else. Sara lives on Cape Cod, Massachusetts.”

In this video from Scholastic, Sara talks about the Clementine series

One thought on “Author Interview: Sara Pennypacker on the Clementine Series”