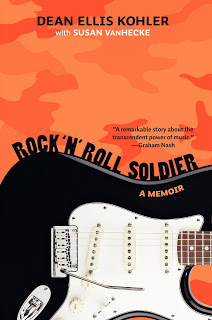 Susan VanHecke is the debut author of Rock ‘N’ Roll Soldier: A Memoir, co-authored by Dean Ellis Kohler (HarperTeen, 2009). From the promotional copy:

“During a time when none of us knew for sure if we would live or die, I came to know the true power of music.”

Dean Kohler is about to make it big–he’s finally scored a national record deal! But his dreams are abruptly put on hold by the arrival of his draft notice.

Now he’s in Qui Nhon, Vietnam, serving as a military policeman. He keeps telling himself he’s a musician, not a killer, and that he’s lucky he’s not fighting on the front lines. When Captain orders him to form a rock band, it’s up to Dean to find instruments and players, pronto.

Ingenuity and perseverance pay off, and soon the band is traveling through treacherous jungle terrain to perform for troops in desperate need of an escape–even if it’s only for three sets.

And for Dean–who lives with death, violence, and the fear that anyone could be a potential spy (even his Vietnamese girlfriend)–the band becomes the one thing that gets him through the day. During one of the most controversial wars in recent American history, this incredible true story is about music and camaraderie in the midst of chaos.

When Dean Kohler first told me nearly ten years ago about the band he’d formed in Vietnam, I knew his story would make a great book. So I put together a proposal and sample chapters and landed an agent who shopped it around to publishers of books for grown-ups. We had no takers–Dean’s story was too “Boy Scout-ish,” they said, not enough blood and guts.

Of course, I was crushed, but I put the proposal away and moved on to other projects. Dean’s tale was always in the back of my head, though.

When I started writing for children a few years ago, I pulled the proposal back out, recast it as a YA, and pitched it to children’s publishers. Several editors were interested, and HarperCollins ultimately acquired it in a pre-empt.

One of the hazards, though, of selling a book from a proposal is that all parties involved–author, co-author, editor, agent–each have their own ideas of what the book should be.

My editor at HarperCollins hated our first manuscript. Despised it. Like not-sure-we-should-give-you-another-chance detested it.

I’ve been writing professionally for nearly 20 years, and it was the first time an editor didn’t at least sort of like what I had come up with. So that was totally devastating. 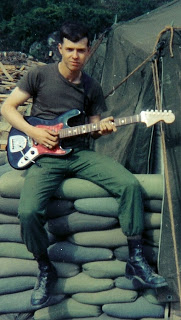 Thankfully, I was given another chance, but with a very short deadline to prove myself. To keep on track, I hired a pair of fabulous freelance editors with decades of children’s publishing experience.

With their guidance (actually, it was more like validation–to my relief, they both approved of the new direction I’d mapped out), I literally rewrote the entire manuscript from the ground up in just a few weeks.

And the editor liked it. Whew! There was work still to be done, but it got the green light.

We went through several more rounds of revisions to tighten dialogue and streamline some overwriting. To get the word count down to what HarperCollins wanted, we had to throw out many huge chunks–subplots, non-crucial action, etcetera–so I had to rejigger for continuity.

Some of the changes were difficult to swallow at first, but it was exciting to see how things all came together in the end. It took a lot of faith in our editor that she knew what was best for the manuscript, plus a willingness to compromise and to keep our minds open.

Ultimately, all the revising was worth it. We were able to secure a powerful foreword from rock musician Graham Nash and an endorsement from the National Vietnam War Museum. The book’s receiving excellent reviews and was nominated for a Cybil (Children’s and Young Adult Bloggers Literary Award) for best YA nonfiction of 2009 a month after its release. Dean and I are so grateful for the enthusiastic reception!

How have you approached the task of promoting your debut book? Are you enjoying the process, or does it feel like a chore? What advice do you have on this front for your fellow debut authors and for those in the years to come? 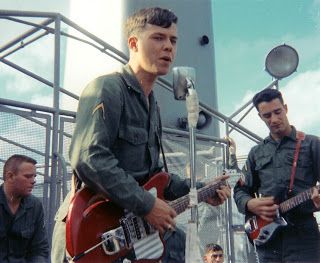 HarperCollins told us right from the top that they’ve found online publicity and promo the most effective at reaching the teen market. So that’s where we’ve focused most of our energies.

We set up a dedicated book website, and loaded it with Dean’s photos, 8 mm film footage, and audio from his Vietnam experience.

Now as you read the book, you can visit the site and view actual images of the characters, setting, and action, even hear clips of Dean’s wartime band. It really brings Dean’s story alive; we’re very excited about it.

We also included a discussion guide for use in the classroom and book clubs, plus a playlist of all music mentioned in the book.

Of course, we’re pursuing media coverage, as well. The HarperCollins publicity department has been truly awesome about sending out review copies. I know how swamped they are with so many titles all needing attention, so I’m totally willing to help out where I can.

I worked at a music industry PR firm in New York City eons ago, so it’s been fun for me to do all that stuff again–dream up media hooks and angles, craft a solid press release, research media outlets and the best ways to reach them and so forth. We’re fortunate in that our book also appeals to adults, so we have a broader audience to pitch to.

And, boy, the Internet has opened up so many PR possibilities! Bloggers, article and press release distribution sites, social networks, discussion groups and chat forums, video and photo sharing sites, web rings–it goes on and on! You could literally spend all day, every day plugging your book online.

I’ve tried to consolidate my cyber-efforts wherever possible. For instance, I’ve set up my author’s blog to feed to Amazon’s Author Central and Jacketflap, and I also do a quick cut-and-paste of every author-blog post to my blog at Red Room. That’s killing at least four birds with one stone–love that! Plus I cross-link all my blogs and websites (my author site, my other book sites). So I try to get everything working kind of synergistically.

The free online press release distribution services are especially useful. I’ve had releases picked up by blogs and news sites around the world, plus it gets your info out there on the all-important search engines.

I’m a big Google Analytics fan, too–gives you really helpful stats like where on the web your visitors are coming from, what search keywords they used to find your site, which pages they visit most and for how long, even where, geographically, in the world they’re located. Very cool stuff!

Check out the book trailer below for Rock ‘N’ Roll Soldier: A Memoir.