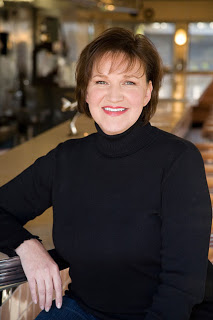 Jill S. Alexander is the first-time author of The Sweetheart of Prosper County (Feiwel & Friends, 2009). From the promotional copy:

Almost-15-year-old Austin Gray is tired of standing at the curb and watching the parade pass her by. Literally. She decides this is the year she’ll ride on the hood of a shiny pickup truck in the annual parade, waving to the crowd and finally showing the town bully that she’s got what it takes to be the Sweetheart of Prosper County.

But far from simply being a beauty contest, becoming Sweetheart involves participation in the Future Farmers of America (FFA), raising an animal, and hunting or fishing.

Austin will do almost anything to become Sweetheart, and has the support of her oldest friend, Maribel, her new FFA friends (including the reigning Sweetheart, and a quiet, cute cowboy), an evangelical Elvis impersonator, a mysterious Cajun outcast, and a rooster named Charles Dickens. If only her momma would stop overprotecting her, and start letting Austin live her own life. But Austin can’t move on until Momma moves on, too—and lets the grief of losing Austin’s daddy several years before out into the open.

Here is a bighearted story that will leave readers agreeing with Austin that sometimes, it’s not what you ride, it’s how you roll.

Well, let’s just open wide the door to the skeleton in the closet. Unlike most authors I’ve heard speak, I wasn’t much of a young reader. I’m always a little embarrassed to admit I never read Charlotte’s Web [by E.B. White (HarperCollins, 1952). I never read the work of Judy Blume.

By the age of twelve, I was playing cards for money and bussing tables at the truck stop by the interstate. I grew up in a rural community with no public library and few books at home, but I found my way–my connection to the world and to writing–through a colorful family of storytellers and the country music story-songs coming across my grandfather’s AM radio. Books didn’t save my life; stories did. I learned very early on that stories, whether told or sung or written, tether us to this life.

Having a rich, oral storytelling tradition certainly influences my work. When I sat down and started writing The Sweetheart of Prosper County, I told the story as if I were back at home, around the kitchen table, sharing a tale with family. I can’t begin to count the number of times I read The Sweetheart of Prosper County out loud. The sound of a story, the delivery and timing in the syntax, is critical to me.

Similarly, music has probably had the most profound influence on my work. My grandmother taught me to write by copying down the words to my favorite country song “The Night The Lights Went Out in Georgia” [see video below]. That’s also my earliest memory of reading.

I was raised on the lyrics of Dolly Parton and Waylon Jennings.

Today, I’m a fan of Texas storytelling songwriters like Robert Earl Keen and even the very young Miranda Lambert. What’s great about songwriters and how they have influenced my writing is that, in a brief two or three hundred words, they can tell an emotion-packed story with a gripping narrative arc.

With this in mind, I write a very short synopsis when I’m starting a new novel. A brief, but focused synopsis helps me wrap my head around the heart of the story.

Although I came to some of the great works in children’s fiction later than most, I’m really grateful for the background I have. It is the backbone of who I am as an author. As Maya Angelou said, “I wouldn’t take nothin’ for my journey now.”

As a contemporary fiction writer, how did you find the voice of your first person protagonist? Did you do character exercises? Did you make an effort to listen to how young people talk? Did you simply free your inner kid or adolescent? And if it seemed to come by magic, how would you suggest other tap into that power in their own writing? 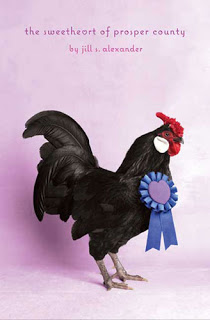 When journaling, I usually start with an image–something real or imagined that I just can’t let go of. With the Sweetheart of Prosper County, I began journaling about a small town parade with floats and bands and, of course, queens and sweethearts.

Out of that image, the line “Being a sweetheart must give a girl that kind of confidence,” spilled onto the page–organically as if by magic. I knew when I wrote that line that the image had given me a story and a first-person narrator who was done with being stuck on the curb while the parade rolled on by.

For me, journaling functions like an artist’s doodling or sketching. My journal is the one place where I allow myself to write free with reckless abandon. No spell check. No structure. But it’s in the journal where the magic seems to happen.

I don’t approach a story with a narrator or point of view or message (ack!) in mind. I just latch on to a word or an image or an idea that moves me and put pen to paper. The voice grows out of that seed.