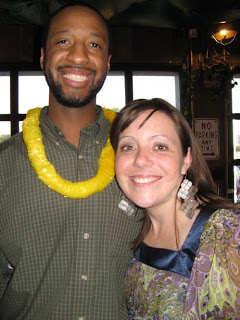 Congratulations to the graduates! Varian’s next novel, Saving Maddie, will be published by Delacorte in March 2010. Read Cynsations interviews with Varian and with Varian and his co-founders of The Brown Bookshelf. Jen is not an Austinite, but she joined us for a while after the Galveston Hurricane and we’re hoping to lure her back permanently. 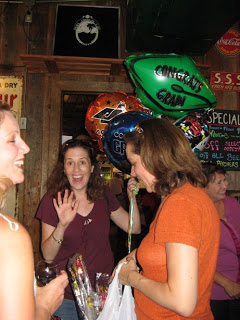 Special thanks to authors Shana Burg (with balloons) and Jennifer Ziegler (with bag) for party planning! Author Carmen Oliver smiles from the left-hand side of the frame. Shana’s latest novel is A Thousand Never Evers (Delacorte, 2008), and Jenny’s is How Not To Be Popular (Delacorte, 2008). Read Cynsations interviews with Shana and Jenny. 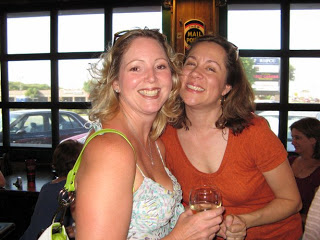 Here’s a closer look at Carmen and Jenny. 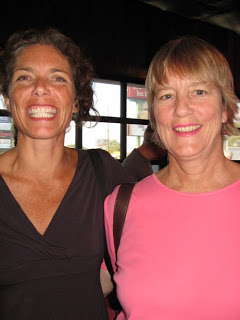 Here we have picture book authors Liz Garton Scanlon–author of the quickly forthcoming All the World, illustrated by Marla Frazee (Beach Lane, 2009)–and Jane Peddicord, whose most recent release is That Special Little Baby (Harcourt, 2007). This week Liz is sponsoring a giveaway of All the World, which has received stars from SLJ, Kirkus, and the Horn Book! 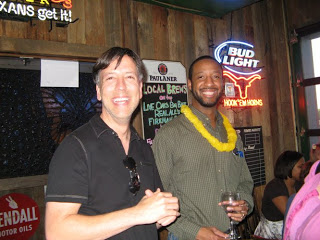 Fellow VCFA WC&YA graduate Gene Brenek with Varian. Cynsations readers may remember Gene as the artistic genius behind the Tantalize and Eternal logos at my Sanguini’s shop at CafePress. Read a Cynsations interview with Gene. 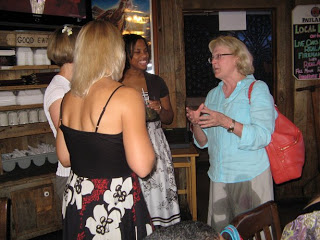 St. Edward’s University education professor Judy Leavell (in blue) chats with authors P.J. Hoover and Anne Bustard as well as Varian’s wife, Crystal. P.J. looks forward to the upcoming release of The Forgotten Worlds Book 2: The Navel of the World (CBAY, 2009). Anne is the author of Buddy: The Story of Buddy Holly (Simon & Schuster/Paula Wiseman, 2005) as well as the mastermind behind Anneographies, a blog celebrating picture book biographies. In addition, she is a third-semester student in the VCFA WC&YA program. Read Cynsations interviews with P.J. and Anne. 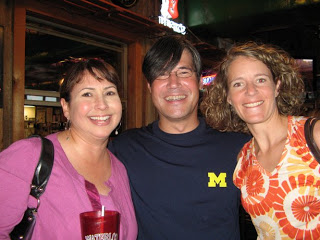 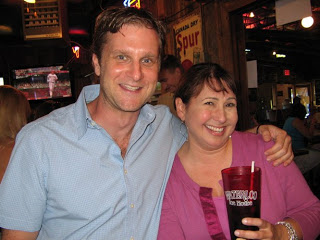 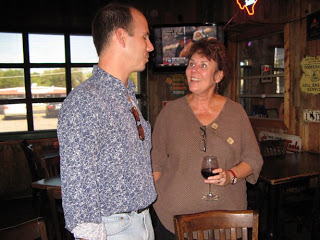 2009 debut authors Chris Barton and Debbie Gonzales. Chris is the author of The Day-Glo Brothers: The True Story of Bob and Joe Switzer’s Bright Ideas and Brand-New Colors, illustrated by Tony Persiani (Charlesbridge, 2009). Debbie is the author of several books to be published in New Zealand’s Gilt Edge Readers Series. In addition, she’s the founder of the Student Author Book Publishing Program. Check out her new blog, Simple Saturdays. Read Cynsations interviews with Chris and Debbie. 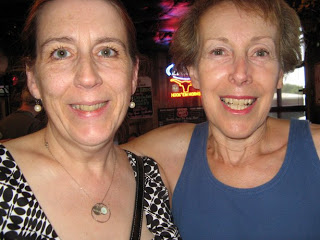 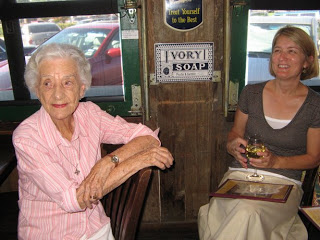 Author Betty X. Davis, who’s received media attention for writing into her 90s, chats with debut author Jenny Moss, who drove in from Houston for the event. Jenny is the debut author of Winnie’s War (Walker, 2009). Look for a Cynsations interview with Jenny tomorrow! 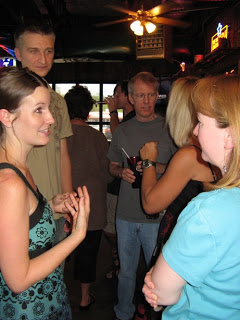 YA author Jessica Lee Anderson chats with fellow writer Erin Edwards in the foreground, and author-illustrator Mark G. Mitchell visits with P.J. in the background. Jessica’s next novel, Border Crossing, will be released by Milkweed in fall 2009. Read a Cynsations interviews with Jessica and Mark. Learn more about Mark’s blog and online class, How To Be a Children’s Book Illustrator. 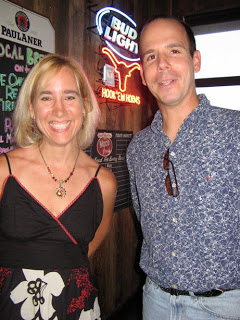 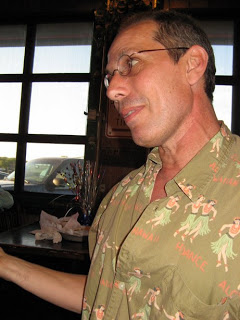 Author Brian Yansky is a graduate of the VCFA MFA in Writing (for adults) program. Brian’s next novel, Alien Invasions and Other Inconveniences, will be published by Candlewick in 2010. Check him out at Brian’s Blog: Writer Talk (especially recommended to fans of sheepdogs). 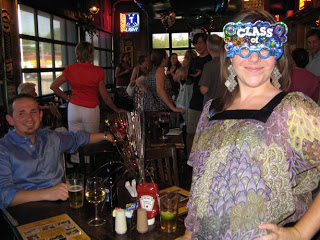 Here’s one last cheer for Jen! 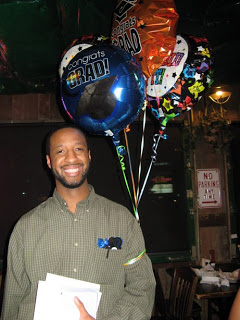 And one last cheer for Varian!