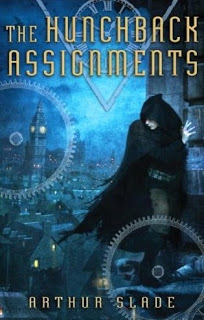 I write in my office, which is in the basement of my home in Saskatoon, Saskatchewan, Canada (It’s near Moose Jaw, in case anyone wonders).

Through the window I can see the sun shine or the snow pile up, but it’s such a small view that it never distracts me from my work.

I start writing at about 7 a.m. every morning (except Sunday) and write until noon.

I take a break every 40 minutes to clear my head. I find I work much harder if I know I’m going to get a break.

After years of writing at the same time every day, my brain wakes up every morning expecting to write. I will sometimes write in the afternoon, but that is usually the time I spend doing all the other writerly chores: paper filing, phone calls, organizing things, big contract signing (err, any contract signing, I should say).

Oh, and I should add that I write on a treadmill desk. Yep, it’s weird. Yep, it works. Yep, it actually helps my writing. But it’s far to much to explain, so just visit this link.

My agent is Scott Treimel, and he’s the right agent for me because he catches onto my jokes. Or at least he laughs at them.

All kidding aside, since I first signed with him in 2000, I have had an increase in money (which is kind of nice), and, perhaps more importantly, he’s really helped me push my skill as a writer to the next level.

In the beginning stages, he worked hard (for months) on my novel Tribes (Wendy Lamb Books, 2002) before he would submit it. He is an extremely good editor and extremely picky. It was so helpful for me at that stage to realize how much harder I had to work to make my writing stronger.

And he does try to build a career for authors, instead of just selling book by book. I really appreciate his approach. And finally he’s quite generous.

Did I mention he bought me lunch?

My upcoming book is The Hunchback Assignments (Wendy Lamb/Random House, Sept. 2009). I’d recently read The Hunchback of Notre Dame (1831) and really wanted to do something that was inspired by it. I’d also been reading Sherlock Holmes (1887-1927). So, I wondered how I could fuse the two.

The biggest problem was how to have a hunchbacked detective? He’d really stand out. So I hit upon the idea of him being able to change his shape so that he could look like other people. It is explained as an evolutionary development, and he goes back to being the hunchback after several hours.

It’s the first book in a series, and it has been an absolutely wonderful experience writing these books. I feel like a kid again. Which, as a writer, is my main goal!